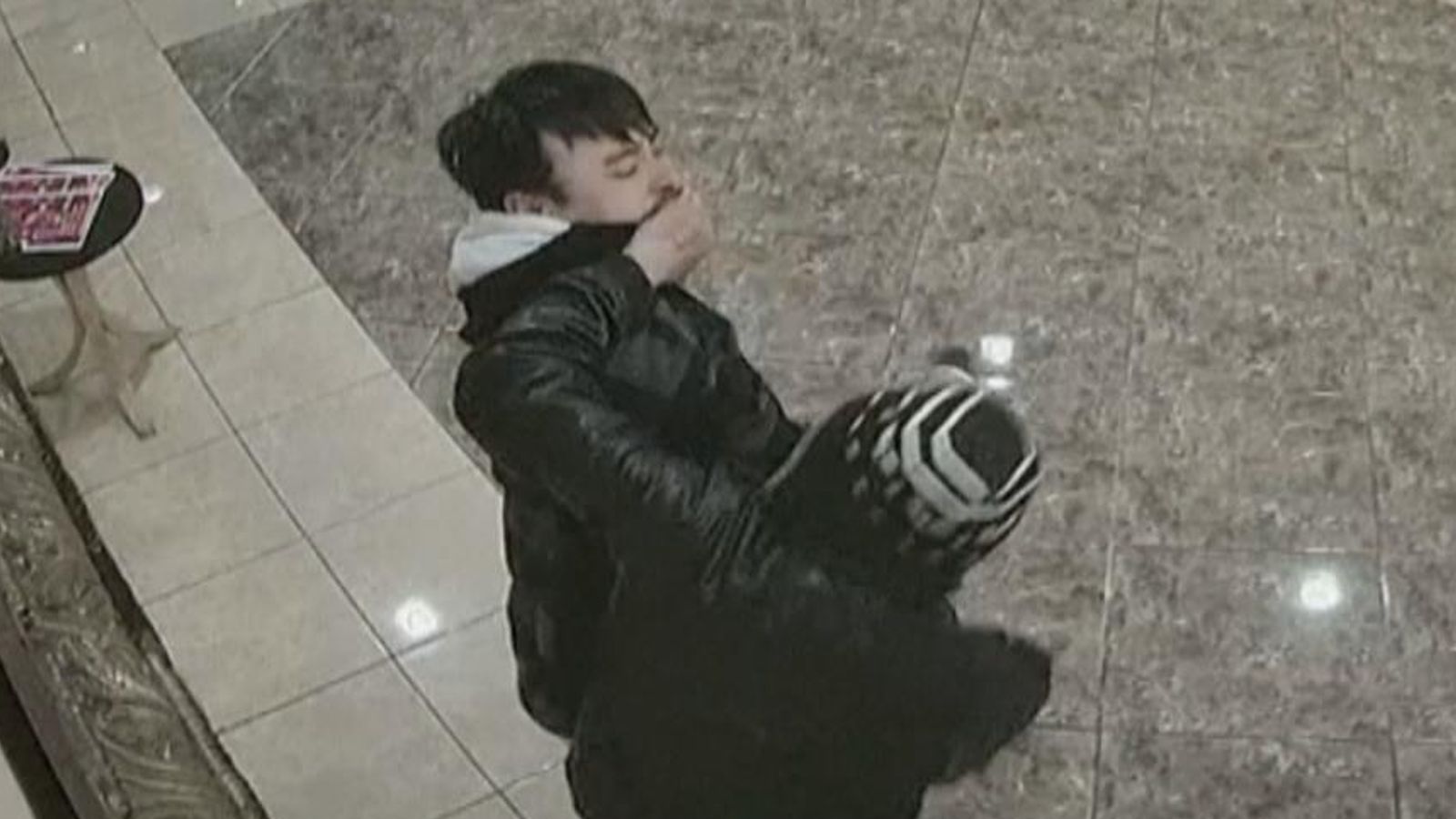 CCTV has been released showing a member of the public disarming a gunman in California – just minutes after he fatally shot 11 people at a nearby Chinese New Year celebration.

Brandon Tsay, 26, has been hailed as a hero for disarming Huu Can Tran at the Lai Lai Ballroom in Alhambra.

In the footage, Mr Tsay can be seen confronting the gunman in what appears to be an empty lobby in the dance hall.

An armed man, dressed in dark clothing and a hat, walks out of the picture and about 30 seconds later is seen struggling with Mr Tsay.

He manages to take the gun away from the attacker who then punches him in the head.

The men continue to struggle before Mr Tsay pushes Tran off him – leaving the assailant with no option but to escape. 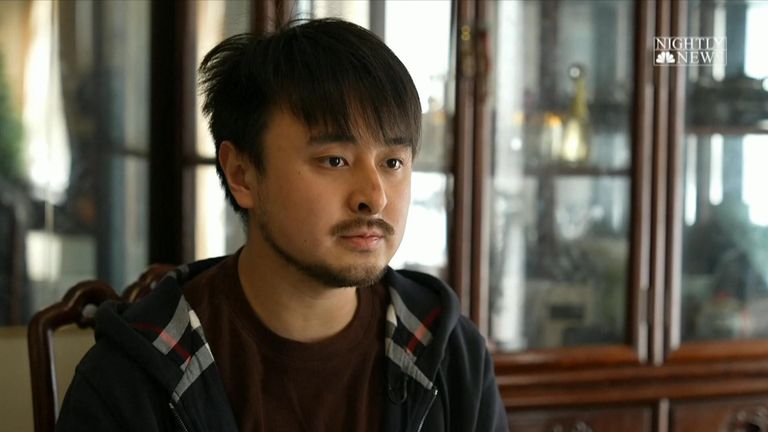 Hero who disarmed gunman says he ‘froze up’

‘This was the moment to disarm him’

Speaking to NBC News, Mr Tsay said the attacker entered the venue and pointed the gun directly at him.

“There was a moment I actually froze up, because I was, I had the belief that I was gonna die, like my life was ending here, at that very moment.

“But something amazing happened, a miracle actually.

“He started to try to prep his weapon so he could shoot everybody, but then it dawned on me that this was the moment to disarm him.

“I could do something here that could protect everybody and potentially save myself.

“I was thinking about my family and my friends – what their life would be like without me.”

“This remarkable young man who without any hesitation – though with moments of fear – took it upon himself to save countless lives.

“Who knows how many lives he saved.”

Eyewitness: A community beginning to grieve

The Star Dance Studio has become the focal point for Monterey Park as a community begins to grieve. At regular intervals people, young and old, come to lay flowers at the front door.

Since it opened 30 years ago it has been a place where people are taught all different styles of dance – including ballroom, waltz and samba – by highly qualified instructors, some of them champions in their discipline.

Most of the people who trained here are retirees in their 50s, 60s and 70s – including Jenny, who has been coming here for several years.

“I was going to be here on Saturday night but because it was New Year I had a dinner with my family,” she says. “I woke up on Sunday to hundreds of texts saying ‘Are you okay? Are you alive?'”

One of those killed in the shooting was a long-time instructor at the studio, a man known as Mr Ma.

“It was a very family-oriented place because Mr Ma treated us as family members and best friends,” says Jenny, who declined to give her surname. “We really like to come here to dance and to socialise to get to know people. It is good because it keeps us fit and healthy. I am trying not to think about what happened because I am so sad.”

Lauren Woods, a Tango instructor, saw Mr Ma for the final time on Saturday afternoon as many people celebrated the Lunar New Year in Monterey Park.

“I got to see Ma for the last time as he helped me find parking since the Monterey Park streets were packed in celebration to the Lunar New Year festivities,” she wrote on Facebook. “I will always remember Mr Ma and the way we communicated to each other.

“His English was not great, but he’d always say, ‘My teacher! My teacher!’ Always kiss my cheeks and say ‘Love You! Love you!’ He was so adorable to me and I could tell he was the heart of Star Ballroom.”

All but one of the victims were 60 or older, according to the Los Angeles Coroner’s Office.

A total of 42 rounds were fired in Monterey Park, Mr Luna said, adding that a large capacity magazine was found at the scene.

Meanwhile, a suspect is in custody after seven people were killed in two related shootings at a mushroom farm and a trucking firm in a coastal community south of San Francisco.

Officials said four people were killed at the farm and three at the trucking business on the outskirts of Half Moon Bay, a city about 30 miles south of San Francisco.

The police have arrested 67-year-old Zhao Chunli in connection with the shooting.

It was not immediately clear how the locations were connected, though it is believed the suspect worked for one of the businesses.

Asia’s chipmakers fall as Samsung sees worst quarterly profit in 8 years
Sunak survives first 100 days, but there is little warm glow around leadership | Beth Rigby
Police release image of new witness they want to speak to after disappearance of Nicola Bulley
Keanu Reeves ‘alarmed and distressed’ by alleged trespasser who ‘slept in his garden’
A vital EV battery nickel product will be made in the US for the first time