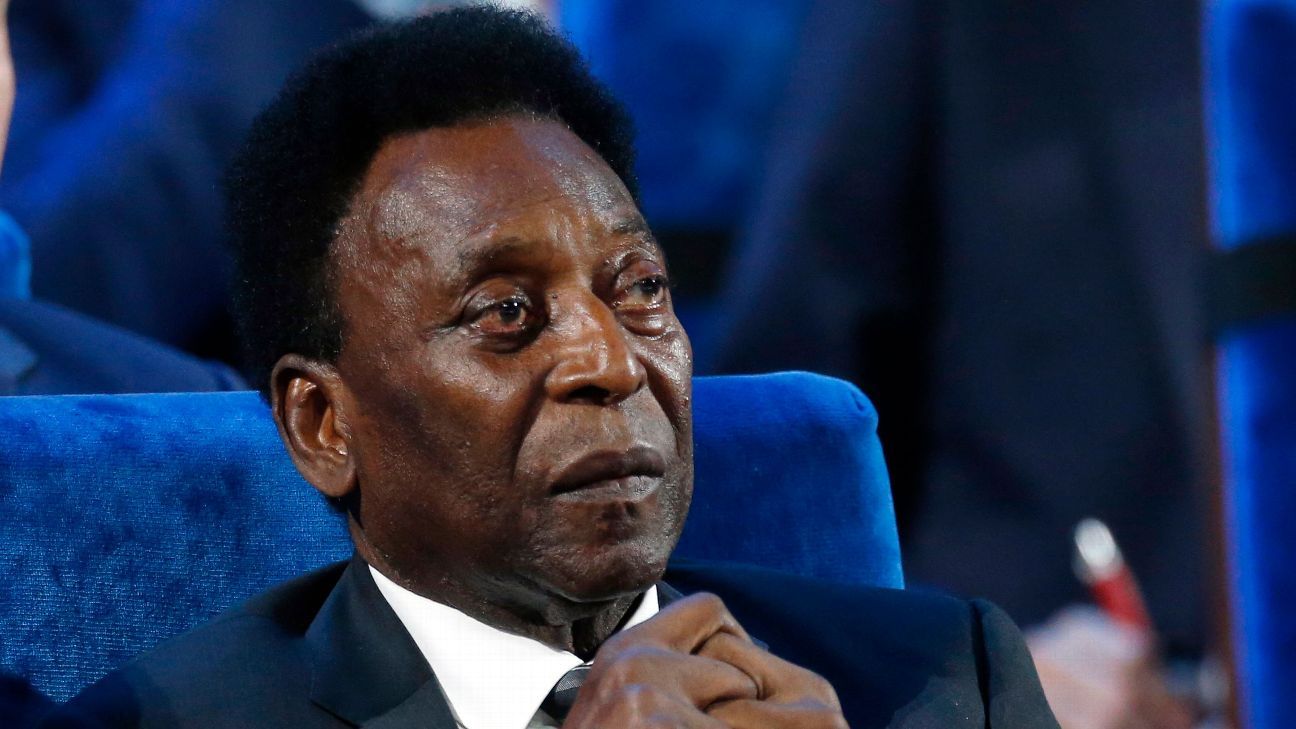 Pele, the Brazilian king of football who won a record three World Cups and became one of the most commanding sports figures of the past century, died on Thursday. He was 82.

The standard-bearer of “the beautiful game” had undergone treatment for colon cancer since 2021. He had been hospitalised for the past month with multiple ailments.

“All that we are is thanks to you,” his daughter Kely Nascimento wrote on Instagram. “We love you endlessly. Rest in peace.”

His agent, Joe Fraga, confirmed his death: “The king has passed.”

Widely regarded as one of football’s greatest players, Pele spent nearly two decades enchanting fans and dazzling opponents as the game’s most prolific scorer with Brazilian club Santos and the Brazil national team.

His grace, athleticism and mesmerizing moves transfixed players and fans. He orchestrated a fast, fluid style that revolutionised the sport — a samba-like flair that personified his country’s elegance on the field.

He carried Brazil to football’s heights and became a global ambassador for his sport in a journey that began on the streets of Sao Paulo state, where he would kick a sock stuffed with newspapers or rags.

In the conversation about football’s greatest players, only the late Diego Maradona, Lionel Messi and Cristiano Ronaldo are mentioned alongside Pele.

The player who would be dubbed The King was introduced to the world at 17 at the 1958 World Cup in Sweden, the youngest player ever at the tournament.

He was carried off the field on teammates’ shoulders after scoring two goals in Brazil’s 5-2 victory over the host country in the final.

Injury limited him to just two games when Brazil retained the world title in 1962, but Pele was the emblem of his country’s World Cup triumph of 1970 in Mexico.

He scored in the final and set up Carlos Alberto with a nonchalant pass for the last goal in a 4-1 victory over Italy.

The image of Pele in a bright, yellow Brazil jersey, with the No. 10 stamped on the back, remains alive with football fans everywhere. As does his trademark goal celebration — a leap with a right fist thrust high above his head.

Pele’s fame was such that in 1967, factions of a civil war in Nigeria agreed to a brief cease-fire so he could play an exhibition match in the country.

He was knighted by Britain’s Queen Elizabeth II in 1997. When he visited Washington to help popularise the game in North America, it was the U.S. president who stuck out his hand first.

“My name is Ronald Reagan, I’m the president of the United States of America,” the host said to his visitor. “But you don’t need to introduce yourself because everyone knows who Pele is.”

Pele was Brazil’s first modern Black national hero but rarely spoke about racism in a country where the rich and powerful tend to hail from the white minority.

Opposing fans taunted Pele with monkey chants at home and all over the world.

“He said that he would never play if he had to stop every time he heard those chants,” said Angelica Basthi, one of Pele’s biographers.

“He is key for Black people’s pride in Brazil, but never wanted to be a flagbearer.”

Pele’s life after football took many forms. He was a politician — Brazil’s Extraordinary Minister for Sport — a wealthy businessman, and an ambassador for UNESCO and the United Nations.

He had roles in movies and soap operas, and he even composed songs and recorded CDs of popular Brazilian music.

As his health deteriorated, his travels and appearances became less frequent. He was often seen in a wheelchair during his final years and did not attend a ceremony to unveil a statue of him representing Brazil’s 1970 World Cup team.

Pele spent his 80th birthday isolated with a few family members at a beach home.

Born Edson Arantes do Nascimento, in the small city of Tres Coracoes in the interior of Minas Gerais state on Oct. 23, 1940, Pele grew up shining shoes to buy his modest football gear.

Pele’s talent drew attention when he was 11, and a local professional player brought him to Santos’ youth squads. It didn’t take long for him to make it to the senior squad.

Despite his youth and 5-foot-8 frame, he scored against grown men with the same ease he displayed against friends back home.

He debuted with the Brazilian club at 16 in 1956, and the club quickly gained worldwide recognition.

The name Pele came from him mispronouncing the name of a player called Bile.

He went to the 1958 World Cup as a reserve but became a key player for his country’s championship team. His first goal, in which he flicked the ball over the head of a defender and raced around him to volley it home, was voted as one of the best in World Cup history.

The 1966 World Cup in England — won by the hosts — was a bitter one for Pele, by then already considered the world’s top player. Brazil was knocked out in the group stage and Pele, angry at the rough treatment, swore it was his last World Cup.

He changed his mind and was rejuvenated in the 1970 World Cup. In a game against England, he struck a header for a certain score, but the great goalkeeper Gordon Banks flipped the ball over the bar in an astonishing move. Pele likened the save — one of the best in World Cup history — to a “salmon climbing up a waterfall.”

Later, he scored the opening goal in the final against Italy, his last World Cup match. In all, Pele played 114 matches with Brazil and scored a record 95 goals, including 77 in official matches.

His run with Santos stretched over three decades until he went into semi-retirement after the 1972 season.

Wealthy European clubs tried to sign him, but the Brazilian government intervened to keep him from being sold, declaring him a national treasure.

On the field, Pele’s energy, vision and imagination drove a gifted Brazilian national team with a fast, fluid style of play that exemplified o jogo bonito — Portuguese for “the beautiful game.”

His 1977 autobiography, “My Life and the Beautiful Game,” made the phrase part of football’s lexicon. In 1975, he joined the New York Cosmos of the North American Soccer League.

Although 34 and past his prime, Pele gave football a higher profile in North America.

He led the Cosmos to the 1977 league title and scored 64 goals in three seasons.

Pele ended his career on Oct. 1, 1977, in an exhibition between the Cosmos and Santos before a crowd in New Jersey of some 77,000.

He played half the game with each club.

Among the dignitaries on hand was perhaps the only other athlete whose renown spanned the globe — Muhammad Ali.

Pele would endure difficult times in his personal life, especially when his son Edinho was arrested on drug-related charges.

Pele had two daughters out of wedlock and five children from his first two marriages, to Rosemeri dos Reis Cholbi and Assiria Seixas Lemos.

Sunak survives first 100 days, but there is little warm glow around leadership | Beth Rigby
Labour pushes for 13,000 more neighbourhood police officers
‘The hardest thing I’ve ever shared’: Ozzy Osbourne no longer ‘physically capable’ of touring
China ‘spy’ balloon: What are they? And why could they play a key role in the future of aerial reconnaissance?
‘No excuse for dodging scrutiny’: Labour demands report on levelling up progress