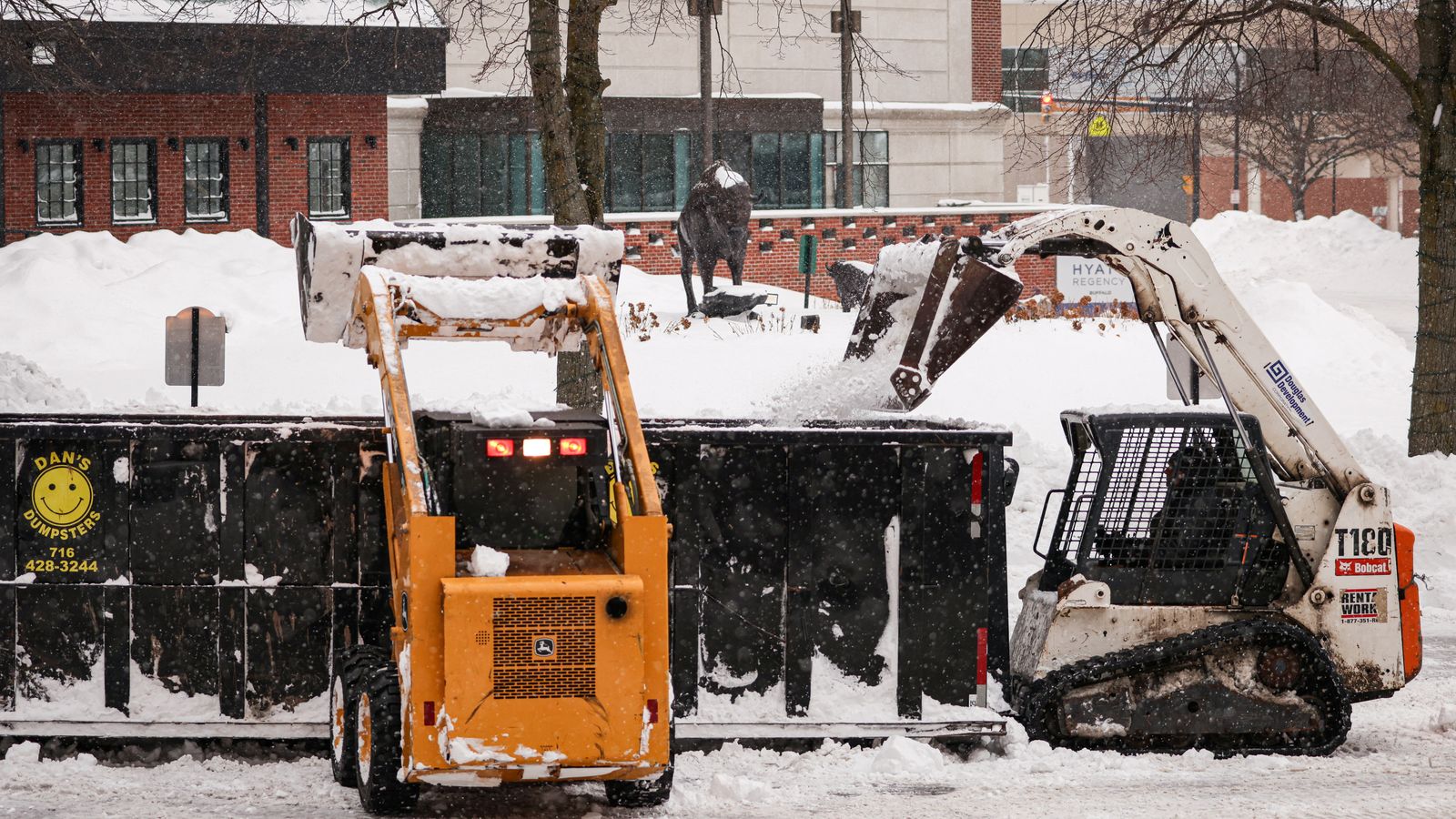 Storm-weary road crews and residents in the US are still struggling to dig out after a deadly blizzard as flood warnings have been issued.

The country has been battling a huge bomb cyclone – the deadliest US storm for at least two generations – since last week.

At least 65 people have died as a result of the extreme weather, with the region in and around Buffalo, New York state, emerging as ground zero for an Arctic deep freeze.

Confirmed storm-related deaths in the counties of Erie and Niagara counties rose to 32 on Tuesday, officials said.

While snowfall has started to taper off, emergency services are continuing to locate and remove vehicles left behind under mounds of snow and drifts several feet high.

Some of the dead were found frozen in cars, or died in medical emergencies such as cardiac arrest while shovelling snow, Erie County Executive Mark Polocarz said.

“Please, please, do not drive in the city of Buffalo, unless you are emergency personnel,” he said, explaining that “too many people” have been ignoring a driving ban that is currently in place.

Read more:
Life on the road as deep-freeze conditions hit New York State
What is a bomb cyclone?
In pictures: US gripped by deep freeze

“We’re recovering from the worst storm I’ve ever seen, certainly in terms of death from mother nature’s wrath,” he added.

Military police called in to help

In and around Buffalo, up to 52 inches (1.32m) of snow fell over four days, and a bit more was expected by Tuesday night, according to the National Weather Service (NWS).

The county has called in 100 military police from the state National Guard as well as officers from New York City to help
manage traffic and enforce road restrictions.

But the situation is not expected to get better any time soon, with the NWS now forecasting a rapid thaw later this week, along with rain, which could cause flooding and difficult conditions.

“It’ll be warming up soon. By Thursday, the high will be 8C. By Saturday it’ll be 12C,” meteorologist Bob Oravec said.

Roads are in the process of being cleared to allow for the melted snow to drain properly, with front-loader tractors brought in to shovel it into dump trucks, which will discard it elsewhere.

Mr Poloncarz said it would take two days to open one lane in every city street.

Not only are the roads affected, but some 4,500 customers were still without electricity on Tuesday due to the storm, according to Mr Polocarz.

President Joe Biden has authorised federal support to help those left without power.

Flights have also been impacted with Southwest Airlines, who are based in Dallas, Texas, forced to cancel more than 12,000 flights since Friday due to the adverse conditions.

On Tuesday, it cancelled more than two-thirds of its 4,000 scheduled flights, accounting for more than 90% of all US airline cancellations, tracking website FlightAware showed.