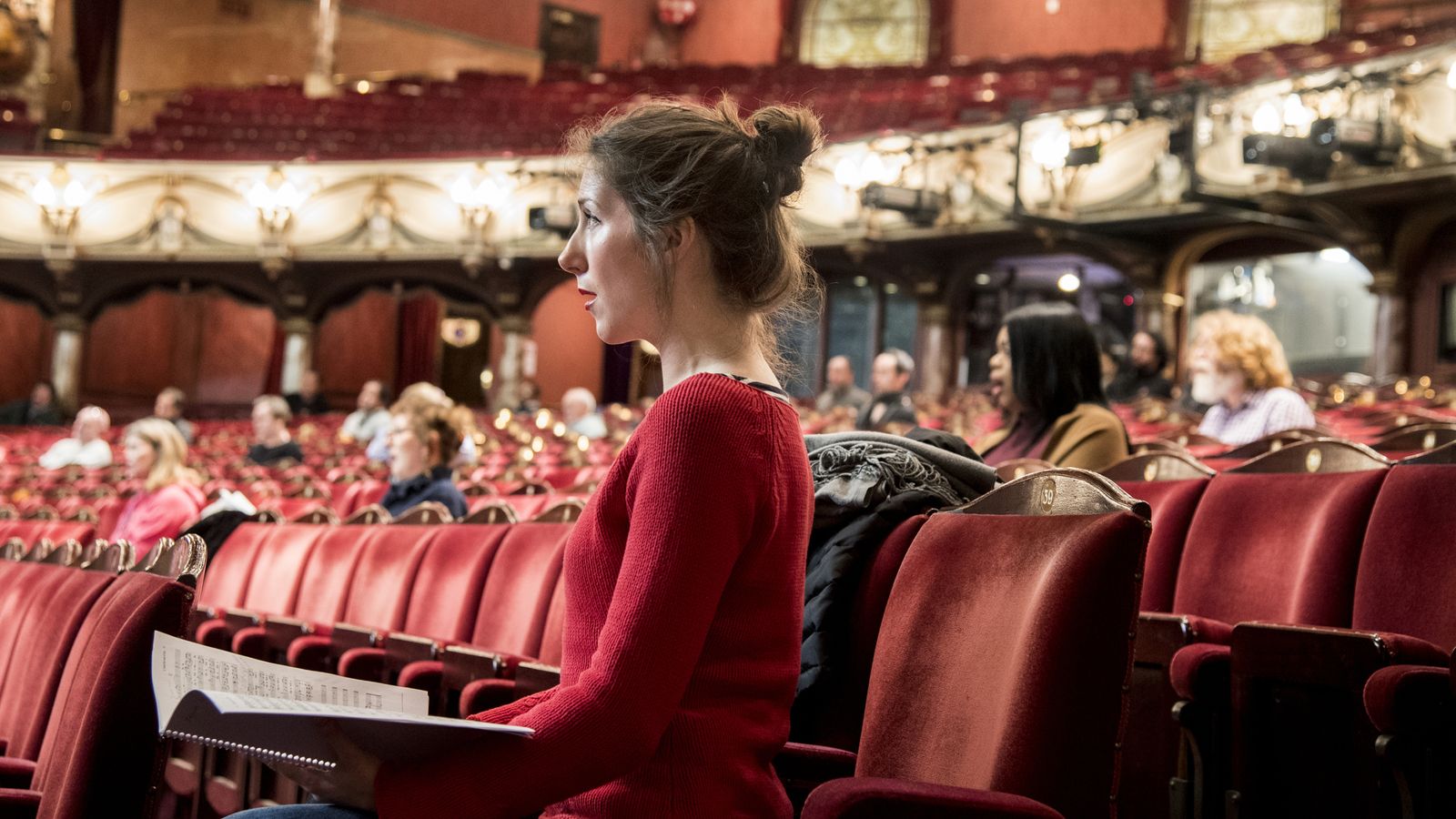 English National Opera (ENO) boss Stuart Murphy has told Sky News “to uproot it with no plan is insanity”, after discovering they would be cut from the Arts Council England portfolio.

Instead, the company has been offered £17m over three years to develop a “new business model” with a suggestions of a move from London to Manchester.

To add insult to injury, Mr Murphy discovered ENO funding would be cut just 24 hours before the rest of the world was told.

“Six months ago we said to the Arts Council through back channels: ‘Look, do we need to look at moving out of London? If so, just tell us and we’ll prepare’, and they said specifically not to worry about it,” he said.

Based at the London Coliseum in the West End, ENO is one of two major opera companies in the capital, along with the Royal Opera. Arts Council funding accounts for around a third of its annual income.

The axing of the grant leaves the ENO to decide whether it will move out of London and keep some public funding or stay in the capital as a privately-funded operation.

“It’s not just about lifting people up [north], sacking half of them, and moving 200 miles away without any forethought… it means having an impact and bringing culture in a meaningful, impactful way outside London and that’s what we were doing.”

Free tickets for under-21s would have to be stopped

Mr Murphy, who recently announced his departure as ENO chief executive, has signalled that becoming a private opera house would lead to a massive increase in average ticket prices, currently £65, likely to be raised to more than £200.

Free tickets for under-21s will have to be stopped and a question mark hangs over the future of projects like ENO Breathe, an online breathing programme for people recovering from COVID-19.

ENO is now campaigning for the decision to be reversed, with a petition set up by opera singer Sir Bryn Terfel gaining more than 28,000 signatures.

‘They’re setting us up to fail, and they know it’

Soprano Lesley Garrett, who has worked for the ENO many times over her four-decade career, told Sky News she believed the Arts Council was “setting [the ENO] up to fail”.

Speaking from Cardiff, where she is performing My Fair Lady at Wales Millennium Centre, she said: “How do they think, on less than half of what we normally get, we’re going to be able to keep our work going and move?

“I mean, they’re setting us up to fail, and they know it.

Read more:
How opera is taking on football in Gods Of The Game
Phantom of the Opera – Broadway’s longest-running show – to close next year

Garrett, who credits the ENO with “reinventing accessibility to opera”, went on: “They are lying if they say that the proposals that they have made will do anything other than close our company.

“And they need to own that.

“They need to just be straight with us.

“They need to come and tell us: ‘We don’t want to fund you anymore. Go and shrivel up and die because that’s what we’re going to do’. That’s what we face doing.”

‘This will actually benefit audiences’

Arts Council England chief executive Darren Henley told Sky News he understood the change in funding “is tough”, but added: “At the same time, we believe that this will actually benefit audiences, benefit people who are going to come to classical music, are going to come to opera for the first time.

“So, we think in the long term it will be a positive move.”

A total of 990 institutions will share £446m each year, up from 714 organisations previously, according to ACE.

The registered charity has signalled that the increase in organisations funded by the charity this year is due to both an increase in applications, as well as a wealth of new organisations which had been highlighted by the Cultural Recovery Fund established during the pandemic.

Despite organisations including ENO, The Royal Opera House and Donmar Warehouse receiving cuts to their annual funding, ACE said 276 institutions that weren’t previously part of the programme will now receive funding.

£43.5m for organisations outside London

As part of proposed plans, ACE said £43.5m would go to organisations outside London, contributing to levelling up for the next three years.

It will see a 95% increase in investment across 78 designated areas, towns and cities, including Blackburn, North Devon and Mansfield.

Arts institutions across the country have faced significant financial challenges over the last few years, first due to the COVID pandemic, and more recently being hit by the cost of living crisis, which has seen energy prices rocket, hitting public venues hard.

Meanwhile, the disposable income of potential audience members continues to dwindle, supressing box office revenue and making it even hard for venues to fill their seats.