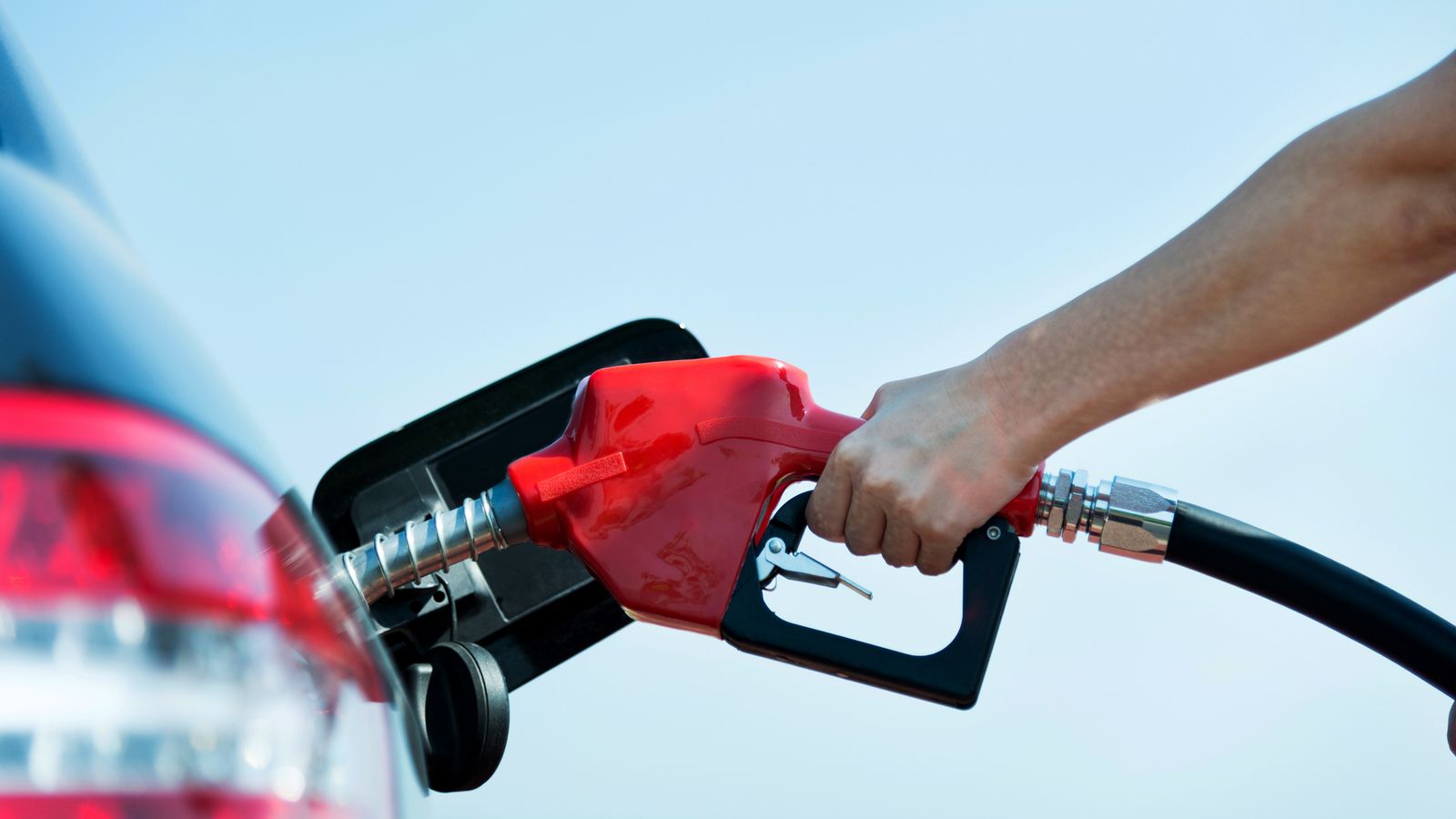 Drivers are paying an extra £5 per tank of petrol due to the fall in the value of the pound, according to new analysis.

Pump price savings from the cost of oil dropping back to where it was before Russia invaded Ukraine are being “severely undermined” by the weakness of sterling, the AA said.

The motoring organisation calculated that the price of petrol at UK forecourts would be “at least” 9p per litre cheaper if the pound had maintained its mid-February value of $1.35.

The difference in pump prices is adding around £4.95 to the cost of filling up a typical 55-litre family car.

Are low interest rates gone forever? How much will tax cuts save me? Your questions answered

But the 8.7p fall is less dramatic than the 15p reduction between mid-July and mid-August.

The average price of diesel decreased by 12.5p between mid-July and mid-August, before dropping another 3p to 181.3p at the start of the week.

AA fuel price spokesman Luke Bosdet said: “The influence of the exchange rate is often overlooked when drivers compare oil price movements with those at the pump.

“At the moment, it is critical. Oil and fuel on commodity markets are traded in dollars, which makes the weaker pound very bad news for motorists.

“The price of oil is back to the level at the start of the Ukraine war but petrol is 15p a litre more expensive.

“Two-thirds of that higher cost is down to the weakness of the pound.”

Mr Bosdet added that it is possible to buy petrol at around 10p per litre below average prices by finding a “competitive forecourt” selling the fuel at less than 155p per litre.

The US currency has been strong against the pound for months.

The latest slump comes as Chancellor Kwasi Kwarteng revealed the biggest tax cuts for 50 years as part of a new economic agenda – a package that will be paid for through a huge leap in government borrowing.

The new Pepsi challenge: Coke and Pepsi race toward sustainable delivery fleets
The G-7 may cap Russia’s oil price — but it won’t dent Moscow’s war chest, analysts say
What is Alzheimer’s, how common is it – and will new drug Lecanemab help patients in the UK?
Walmart manager who shot dead six co-workers said he was compared to serial killer Jeffrey Dahmer
Putin trying to ‘starve Ukrainians into giving up war but will fail’