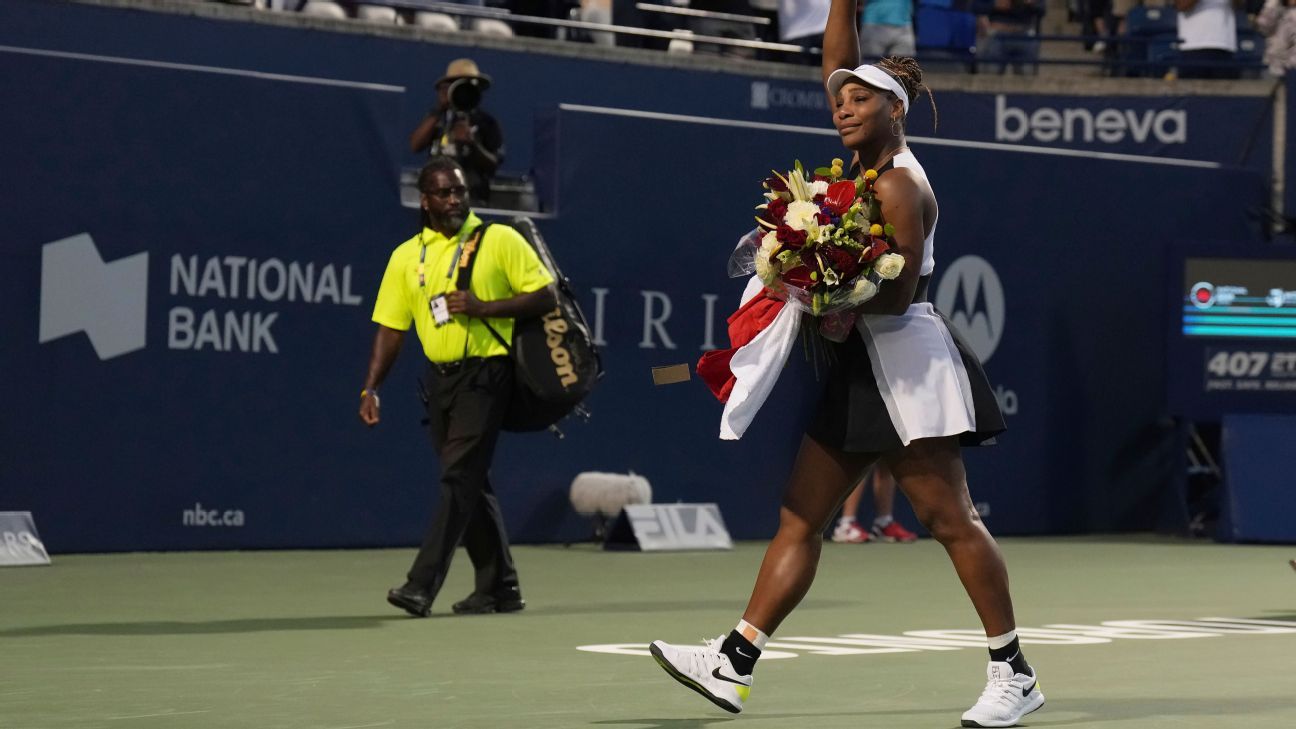 TORONTO — Serena Williams lost her first match since telling the world she is ready to leave professional tennis.

No one knows exactly how many more matches Williams will play before walking away, and the 23-time Grand Slam champion exited the National Bank Open on Wednesday night with a 6-2, 6-4 loss to Belinda Bencic.

“A lot of emotions, obviously,” Williams said, her voice shaking during an on-court interview.

“I wish I could have played better,” she told the fans. “Belinda played so well today.”

The second-round match at the hard-court tuneup for the US Open came a day after the 40-year-old Williams announced “the countdown has begun” on her playing career, saying she wants to have another child and pursue business interests.

She did not state precisely what her last event will be, but did make it sound as if her final farewell could come at the US Open, which begins Aug. 29 in New York.

“I’m terrible at goodbyes,” she said, her hand on her chest, “but goodbye, Toronto!”

Williams, a three-time champion in the Canadian city, started the match, fittingly enough, with an ace. Delivered another later in that opening game, too, showing off the superb serve that helped her to so many victories.

But because of a leg injury that sidelined her for the last half of 2021 and first half of 2022, she was playing for only the third time in the past 12 months, and it showed.

It did not help Williams that she was facing an opponent 15 years her junior and quite talented, to boot: Bencic is ranked 12th, won a gold medal for Switzerland at the Tokyo Olympics last year and has been a Grand Slam semifinalist.

Bencic took home the Toronto trophy at age 18 in 2015, when she eliminated Williams in the semifinals to earn the distinction of being the youngest woman to beat a player many consider, as one homemade poster in the stands declared Wednesday, the “GOAT” — the greatest of all-time.