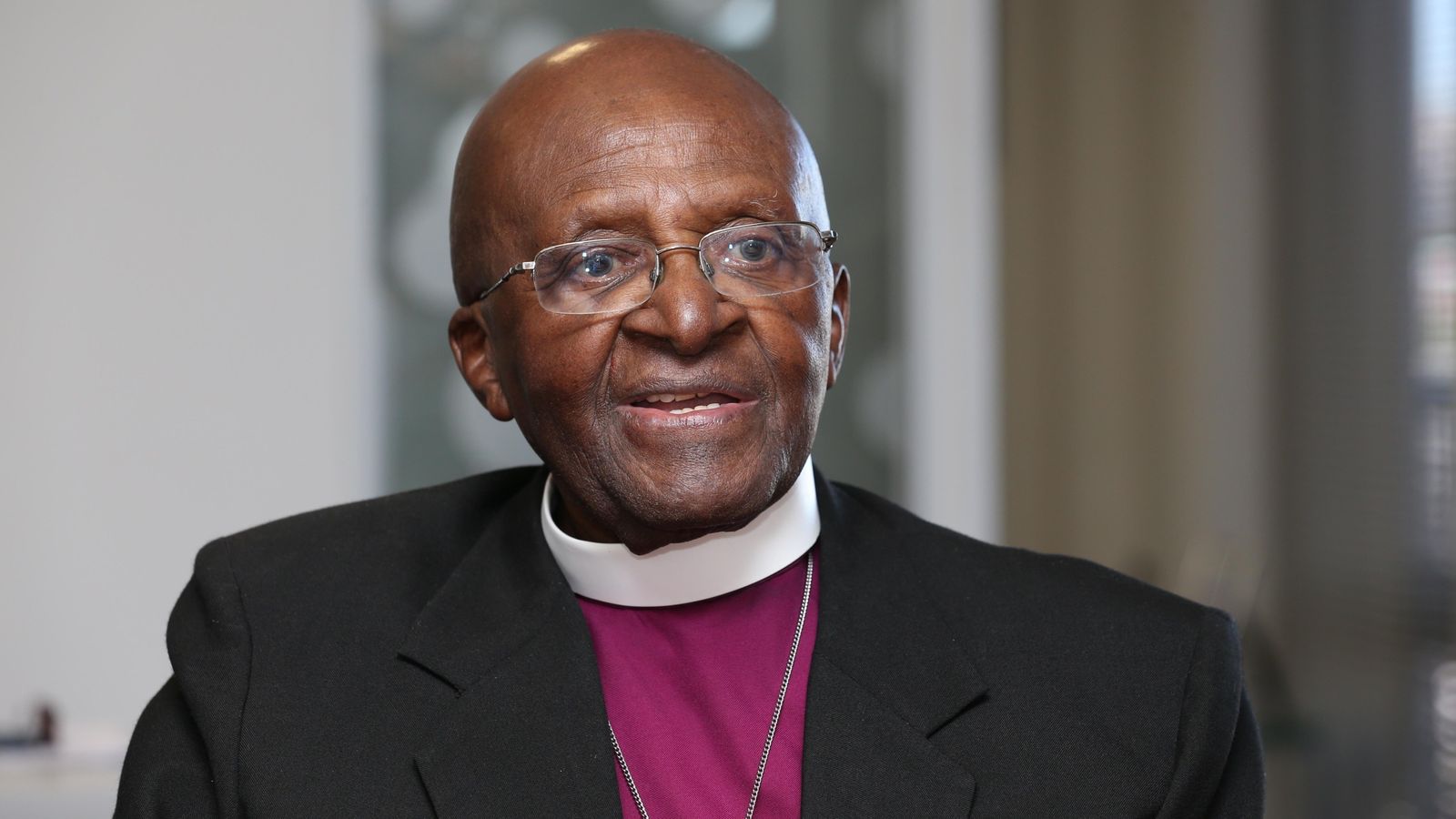 South Africa’s Archbishop Desmond Tutu, one of the leaders of the anti-apartheid movement, has died at the age of 90, the President’s Office has said.

He was awarded the Nobel Peace Prize in 1984 for his campaign of non-violent opposition to South Africa’s white minority rule.

“The passing of Archbishop Emeritus Desmond Tutu is another chapter of bereavement in our nation’s farewell to a generation of outstanding South Africans who have bequeathed us a liberated South Africa,” President Cyril Ramaphosa said.

A statement on behalf of the Tutu family described him as a man who “turned his own misfortune into a teaching opportunity to raise awareness and reduce the suffering of others.”

It said: “He wanted the world to know that he had prostate cancer, and that the sooner it is detected the better the chance of managing it.”

The statement added: “Ultimately, at the age of 90, he died peacefully at the Oasis Frail Care Centre in Cape Town this morning.

“Courageous, gracious, and concerned for the welfare of others to the very end.

“As Mrs Tutu says, although he was not physically imposing, he had the inner strength of a lion.”

Fashion designer Paco Rabanne dies aged 88
PM plans to ban Channel migrants from appealing deportation
‘Coming very soon!’: Jeremy Renner shares image of new show which will be out ‘as soon as I’m back on my feet’
‘Significant’ accident at electricity station in Ukraine
Diplomatic row between China and US escalates as Pentagon says second ‘spy balloon’ being tracked