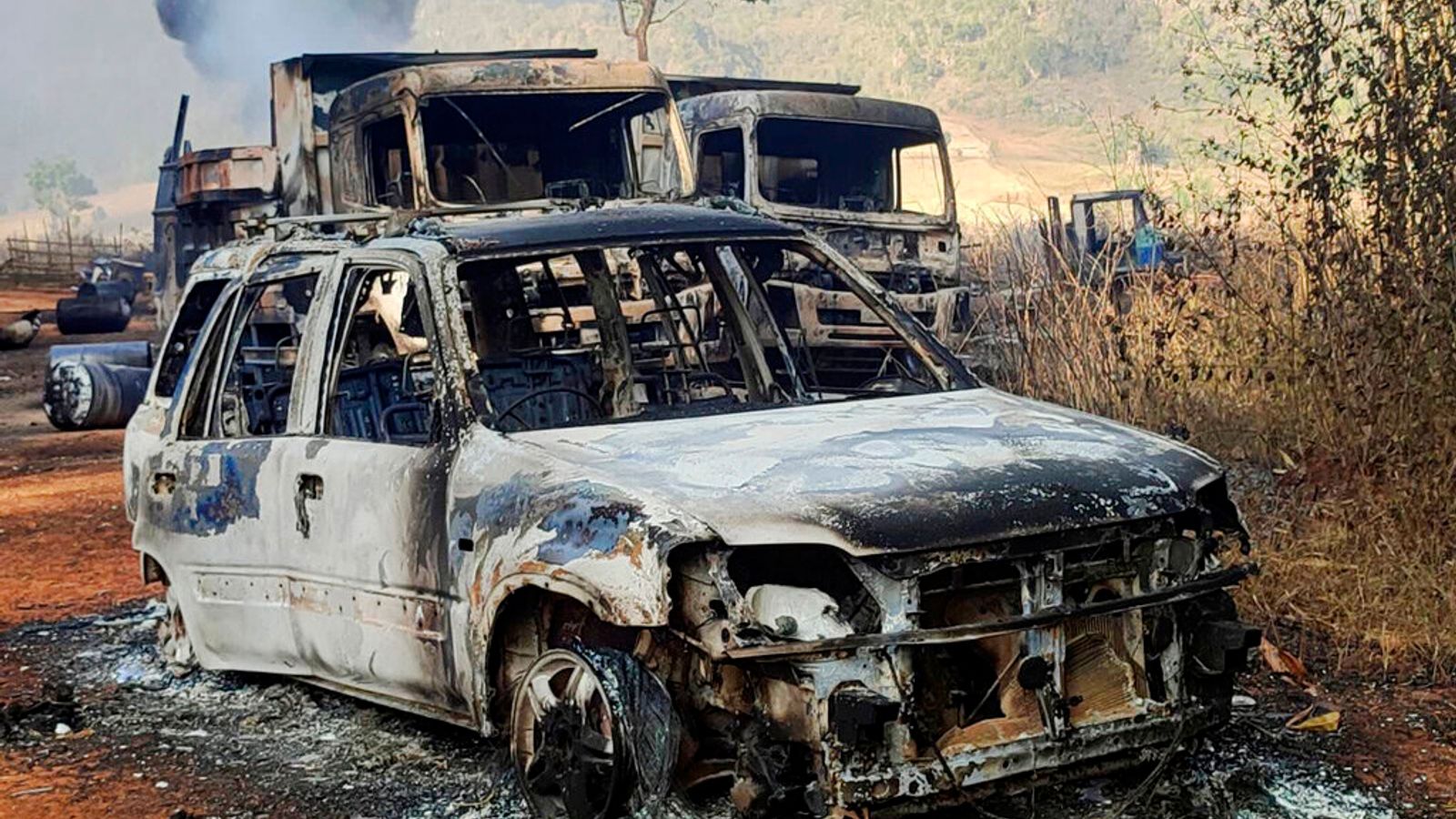 More than 30 people, including children, have been shot dead and their bodies burnt by government forces in Myanmar, according to a local human rights group and media reports.

The Karenni Human Rights Group said they discovered the charred bodies near Mo So village in the Hpruso township in the eastern state of Kayah on Christmas Day.

Purported images of the aftermath of the killings, said to have happened on Christmas Eve, went viral on social media, fuelling public outrage at Myanmar’s ruling military junta, which seized power in a coup in February.

The accounts have not been independently verified, but the pictures showed the charred remains of at least 30 people inside burned-out trucks.

A villager who went to the scene told the Associated Press news agency that the victims had been fleeing fighting between Myanmar’s military and local militia groups when they were arrested and killed by soldiers.

The witness said medical supplies and food as well as items belonging to women and children were found at the scene.

“The bodies were tied with ropes before being set on fire,” he said.

Independent local media reported on Friday that 10 villagers from Mo So, including children, had been arrested by government soldiers.

The witness who spoke to the Associated Press said he believed some of the people killed in the massacre were those arrested by Tatmadaw troops the day before, although he did not see the killings himself.

Banyar Khun Aung, director of the Karenni Human Rights Group, said: “It’s a heinous crime and the worst incident during Christmas. We strongly condemn that massacre as a crime against humanity.”

Myanmar’s military has not commented on the allegations, but a state-run media outlet said that fighting near Mo So village erupted on Friday when members of guerrilla forces drove in “suspicious” vehicles and attacked security forces after refusing to stop.

The report said that seven vehicles carrying new recruits for armed groups operating in the region were destroyed in a fire.

It gave no further information about the individuals allegedly killed.

Samsung Partners With IISc for Advanced Nanoelectronics Device Research
Polls have had Biden on the ropes for his entire presidency – but now he’s starting to throw punches
‘Coming very soon!’: Jeremy Renner shares image of new show which will be out ‘as soon as I’m back on my feet’
Princess Diana’s marriage to Charles was ‘essentially arranged’, says Jemima Khan
Former Sex Pistols’ frontman John Lydon fails to secure Eurovision place