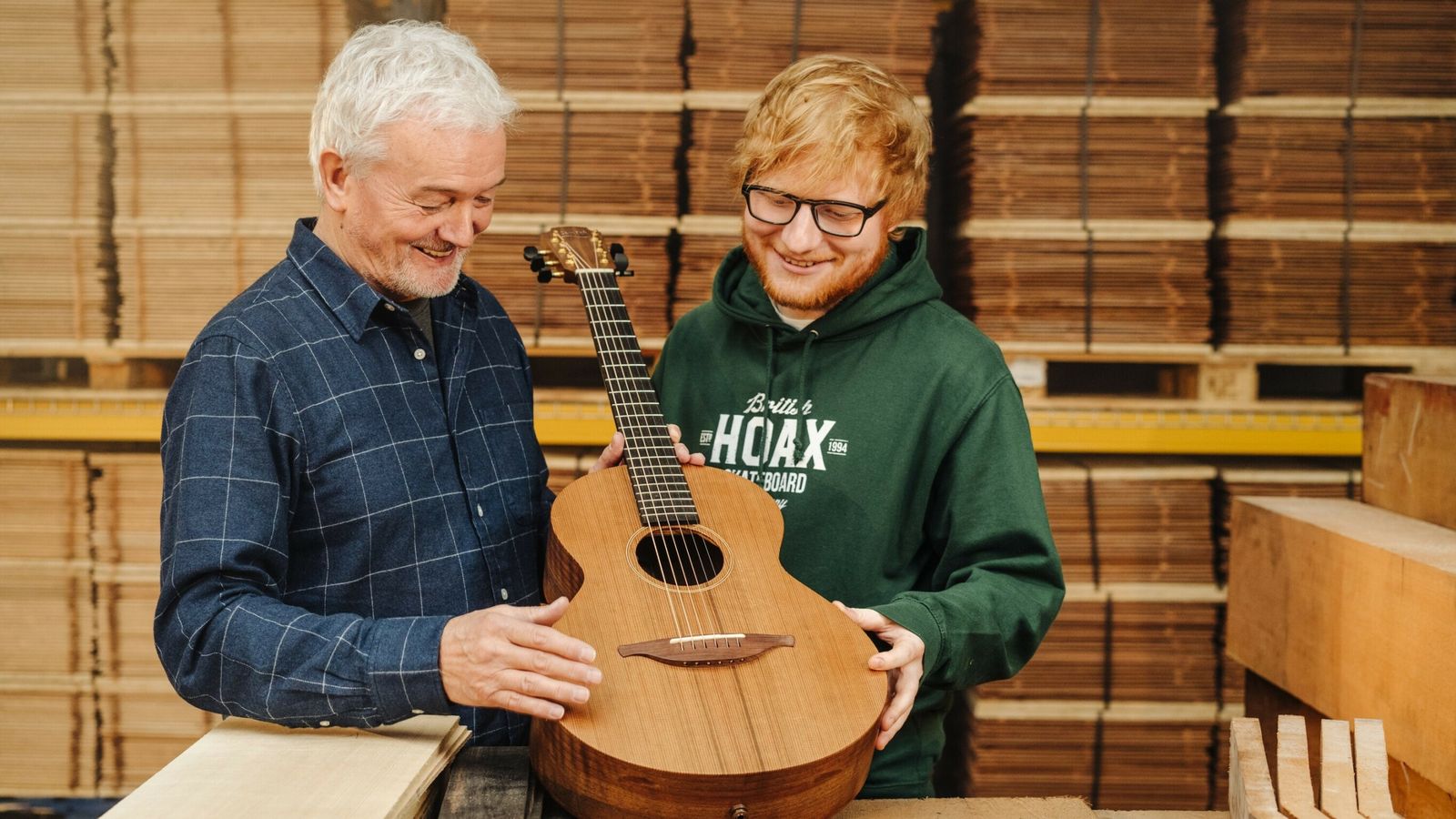 Ed Sheeran has raised £52,765 for a school in his hometown by raffling off one of his guitars.

To mark his “coming of age” album Equals, the 30-year-old singer worked with Northern Ireland-based guitar-maker George Lowden to create a signature instrument.

He donated a prototype of the Equals guitar to Suffolk-based charity GeeWizz, which auctioned it off to raise money for a music room and disabled access facilities at Sir Robert Hitcham’s School in Framlingham.

Any funds left over will be given to projects for learning disabled and neurodivergent children around Suffolk.

The prize was claimed by Kellie Myers, a hospital worker from Ipswich whose sons Henry, 14, and Jacob, 13, are learning to play guitar.

He also wrote “Wait for me to come home” – Ms Myer’s favourite lyrics from his song Photograph.

She said she was “thrilled and delighted” to have won, adding: “The guitar is beautiful.

“My boys have been learning to play for a couple of years now.

“As a family we adore Ed. He really supports our community and local charities.”

“GeeWizz is an amazing charity and they’ve been doing a lot for the local community, so we wanted to support them and Ed.”

In a video message recorded while holding the guitar before the raffle, Sheeran said: “This is the prototype of the new Equals guitar by Sheeran Guitars by Lowden.

“It is one of one, there is not another guitar like this.

“This is the guitar that gets sent to me to check that all the other guitars are all right – it says prototype in it.”

He said he was “really excited” about supporting the music pod and promised: “If you win it you can have it personalised, I can write some lyrics on it, I’ll do whatever you want!”

They went to three runners-up in the raffle: Rossignol Sylvianne from France, Chris Noakes from Essex and Justin Taite from Canada.

Gina Long MBE, founder of GeeWizz, said: “What a wonderful life-changing fundraiser to finish the year with, it’s the very best Christmas present GeeWizz is able to give, thanks to the generosity and kindness of Ed Sheeran, who is charity champion on every level.”