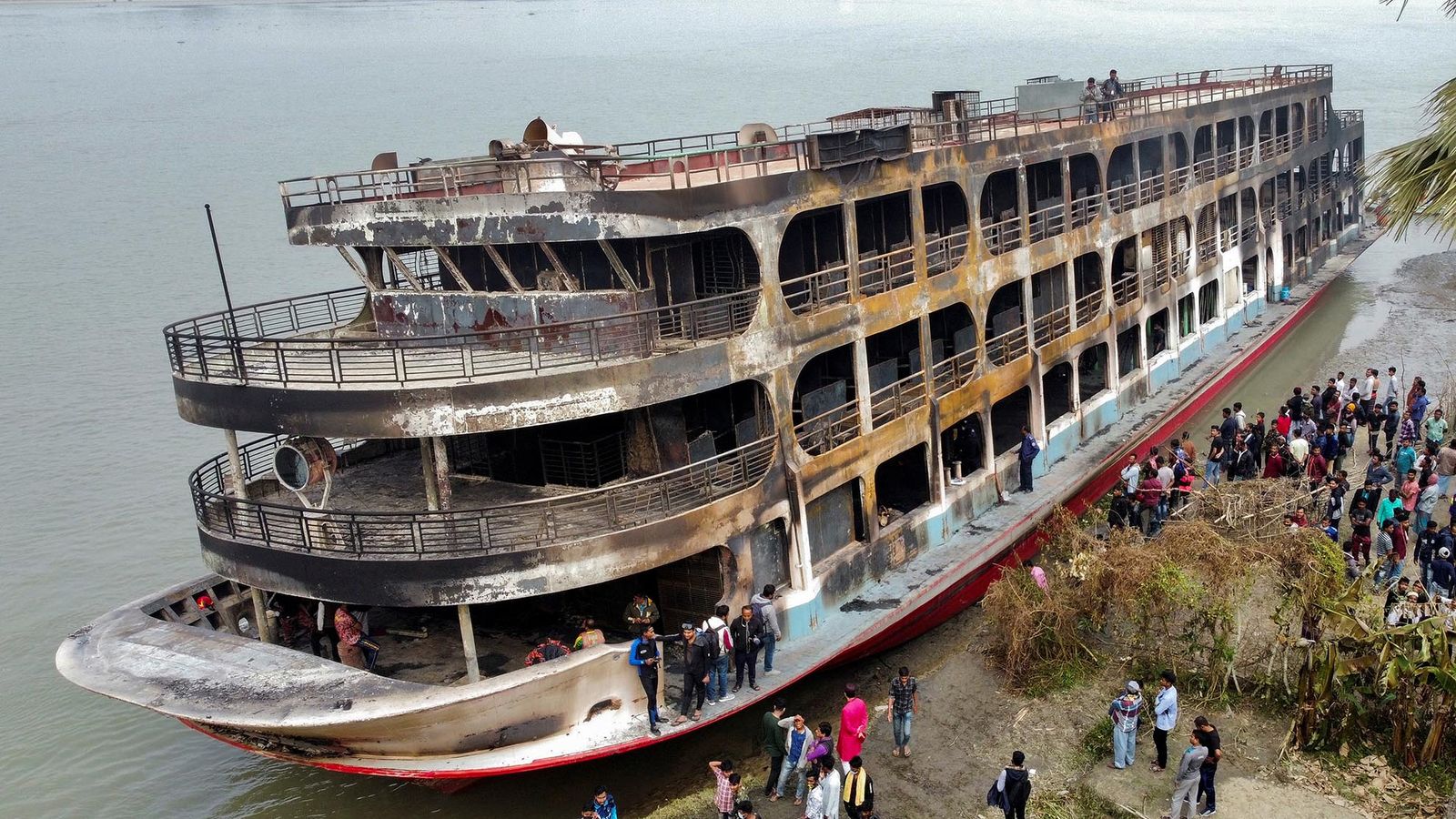 A fire on-board a ferry has killed at least 39 people and injured 72 in Bangladesh, officials have said.

The blaze broke out at about 3am local time on Friday.

It tore through the MV Avijan-10 ferry sailing off the coast of Bangladesh‘s Jhalokati district in the Sugandha River.

The boat was carrying 800 passengers from the capital Dhaka 155 miles (249km) south to Barguna, the United News of Bangladesh news agency said.

The rescue mission is ongoing, but he warned the number of dead is likely to increase after people jumped into the water to escape the flames.

Ferry accidents are common in Bangladesh, which is home to 130 major rivers, and are often blamed on overcrowding.

Ferries are widely used as a form of public transport, particularly in the south and northeastern areas of the country.

In April this year, 25 passengers died after a ferry collided with another boat and capsized near Dhaka.

Jury finds Musk, Tesla not liable in securities fraud trial following ‘funding secured’ tweets
Djokovic wins Australian Open a year after he was deported over COVID vaccine row
Why is Rick Astley suing rapper Yung Gravy?
Haiti is falling apart and there is no safety net – the perverse reality is that gangs have filled the gap
Quick Charge Podcast: January 28, 2023