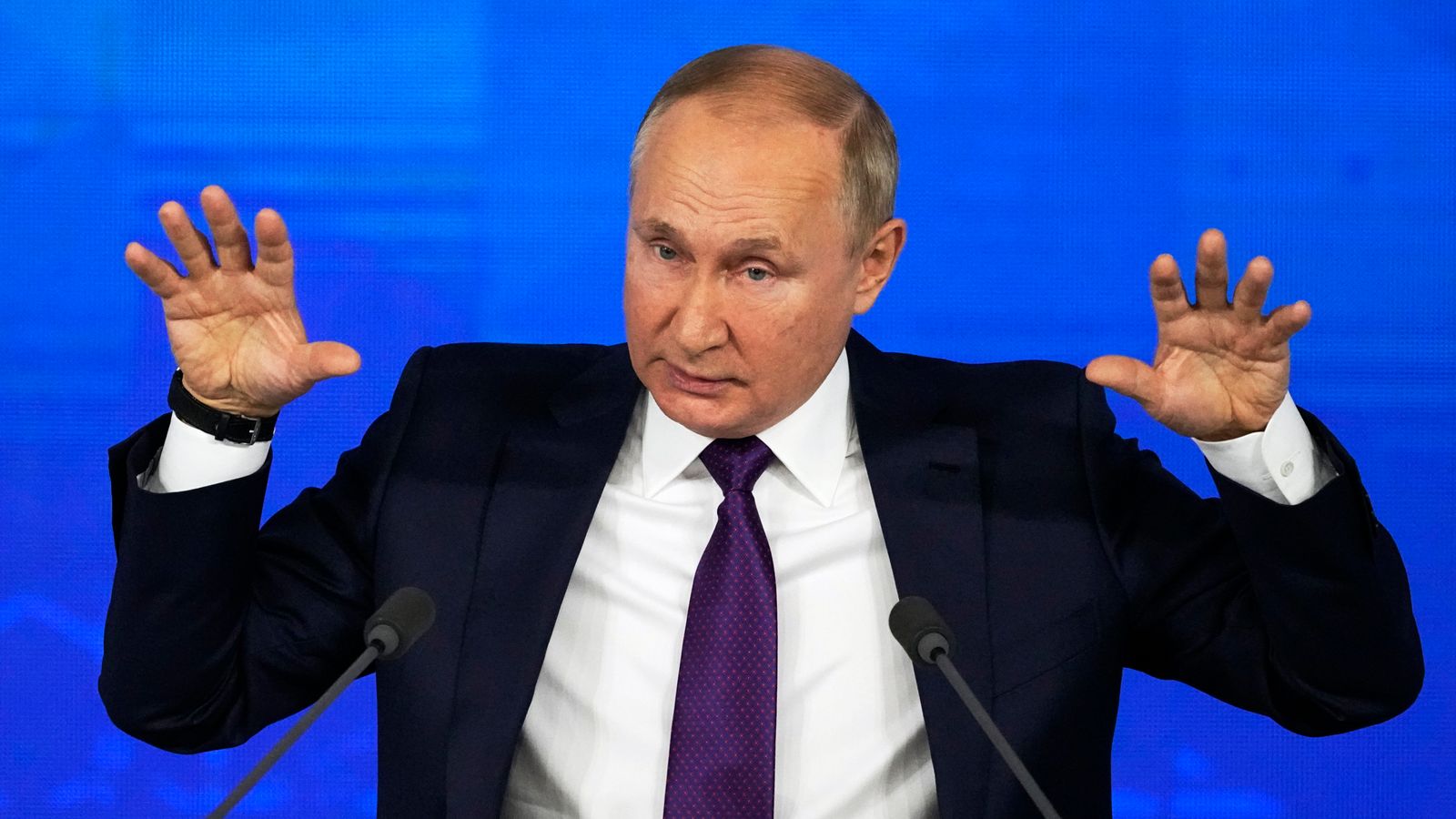 Speaking at his annual news conference, Mr Putin said the US has missiles at “Russia’s doorstep” and the “ball is in the West’s court” in relation to security in the region.

The conference comes as Western powers fear Russia is preparing to invade Ukraine as early as the beginning of next year, which President Putin has again denied.

Asked by Sky’s Moscow correspondent Diana Magnay whether he can guarantee Russia wont invade the Ukraine or any other sovereign country, or whether this depends on negotiations, Mr Putin said: “Our actions will not depend on the negotiations, they will depend on the unconditional compliance with the Russian security demands today and in historical context.

“In this sense we have made it clear that any further NATO movement to the East is unacceptable, there is nothing unclear about this.

“We are not deploying our missiles over at the border of the US. On the other hand, the US is deploying its missiles close to our home, on the doorstep of our house.”

The Russian president continued: “What would the Americans think if we decided to come to the border between Canada and the United States, or Mexico, and simply deploy our own missiles over there?”

Mr Putin later said that NATO had “fooled” Russia by agreeing not expand eastwards across Europe in an agreement made in 1990.

He said since then the alliance had carried out “five waves of expansion” that went against that guarantee.

Waving his finger, Mr Putin said: “And you keep demanding some guarantees from us. You must give us the guarantees. It is up to you, and you must do this immediately, right now, instead of talking about this for decades.

“Using this small talk, soft talk, about the need for guarantees of the security for everyone. We are not threatening anybody.”