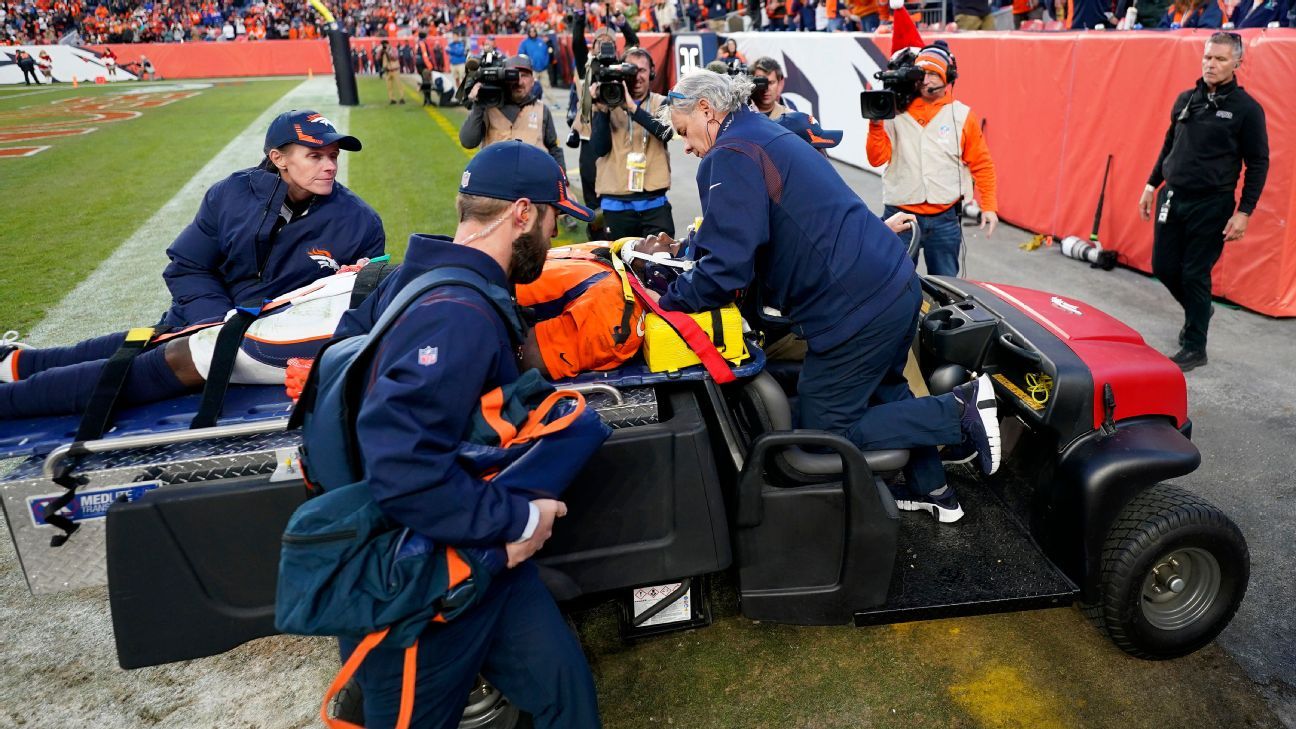 DENVER — Denver Broncos quarterback Teddy Bridgewater was carted off the field on a stretcher after suffering a head injury during the third quarter of Sunday’s game against the Cincinnati Bengals.

He was taken to a local hospital for further evaluation as a precaution, according to the team, and has movement in all of his extremities.

Bridgewater suffered the injury while diving for a first down with 5:34 remaining in the quarter and the Broncos facing second-and-5 from their own 30-yard line. He landed facedown on the field and did not move initially.

The Broncos’ medical staff held Bridgewater’s head motionless as they turned him over and strapped him to a backboard.

Bridgewater, who was 12-of-22 for 98 yards on Sunday, has started all 14 of the Broncos’ games this season. He left Denver’s loss to the Baltimore Ravens at halftime earlier this season with a concussion.

Drew Lock replaced Bridgewater at quarterback with the Broncos trailing the Bengals 9-3. Lock finished 6-of-12 passing for 88 yards and one touchdown in Denver’s 15-10 loss.

Inside the ‘Wormhole,’ Relativity Space’s monster factory 3D-printing reusable rockets
Meta shares rocket 20% on solid earnings: Analyst sees ‘enticing’ valuation
Westminster’s ‘nepo babies’ are here to stay – whether we like it or not | Adam Boulton
Weekend Project: I added a solar panel to my electric mini-truck to charge from the sun
Police vow to bring missing Nicola Bulley home and urge search teams to scour river bank for clothes