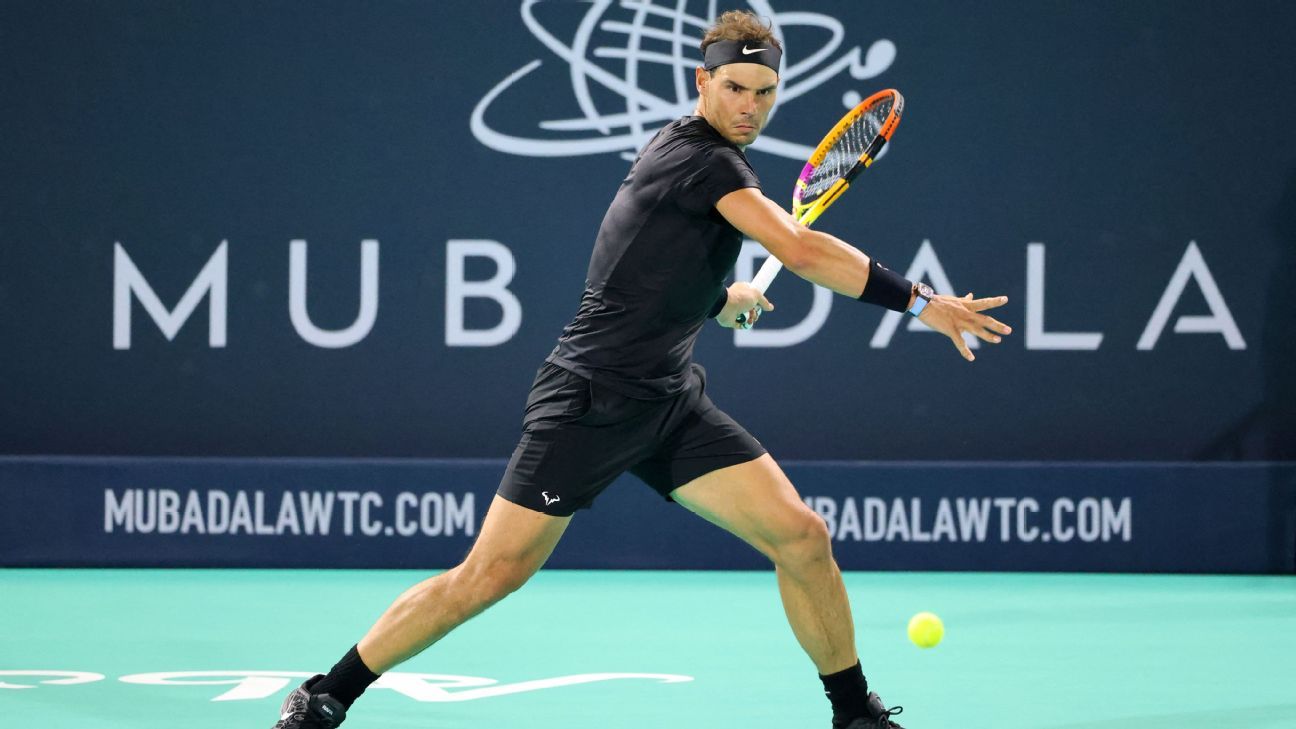 Rafael Nadal said on Monday he had tested positive for COVID-19 upon arrival in Spain after making his comeback from injury in the Mubadala World Tennis Championship exhibition event in Abu Dhabi last week.

The 20-time Grand Slam champion said he was having some “unpleasant moments” but was hoping to feel better soon and would keep people informed about his plans over future tournaments.

“I wanted to announce that on my return home after playing the Abu Dhabi tournament, I have tested positive for COVID in the PCR test that has been performed on me when I arrived in Spain,” Nadal wrote on Twitter.

The Spaniard’s comeback from injury at the exhibition event — his first tournament appearance since the Citi Open in Washington in August — ended in two close defeats to Andy Murray and Denis Shapovalov.

“I am having some unpleasant moments but I hope that I will improve little by little. I am now homebound and have reported the result to those who have been in contact with me,” he wrote.

“As a result of the situation I have to have total flexibility with my calendar and I will analyse my options depending on my evolution. I will keep you informed of any decisions about my future tournaments.”

Nadal spent four months on the sidelines with a foot injury. He was knocked out at Roland Garros in the semifinals and was forced to pull out of Wimbledon, the Tokyo Olympics and the US Open.

He had said he could not guarantee he would make the trip for the Australian Open, which begins on Jan. 17.

Watch moment trapped boy given water by rescue workers
Police release image of new witness they want to speak to after disappearance of Nicola Bulley
Inflation Reduction Act has spurred 100,000 new green jobs so far: Here’s where they are
Turkey’s Ceyhan oil port disrupted by weather as earthquake damage assessed
Uber beats estimates and the stock is up