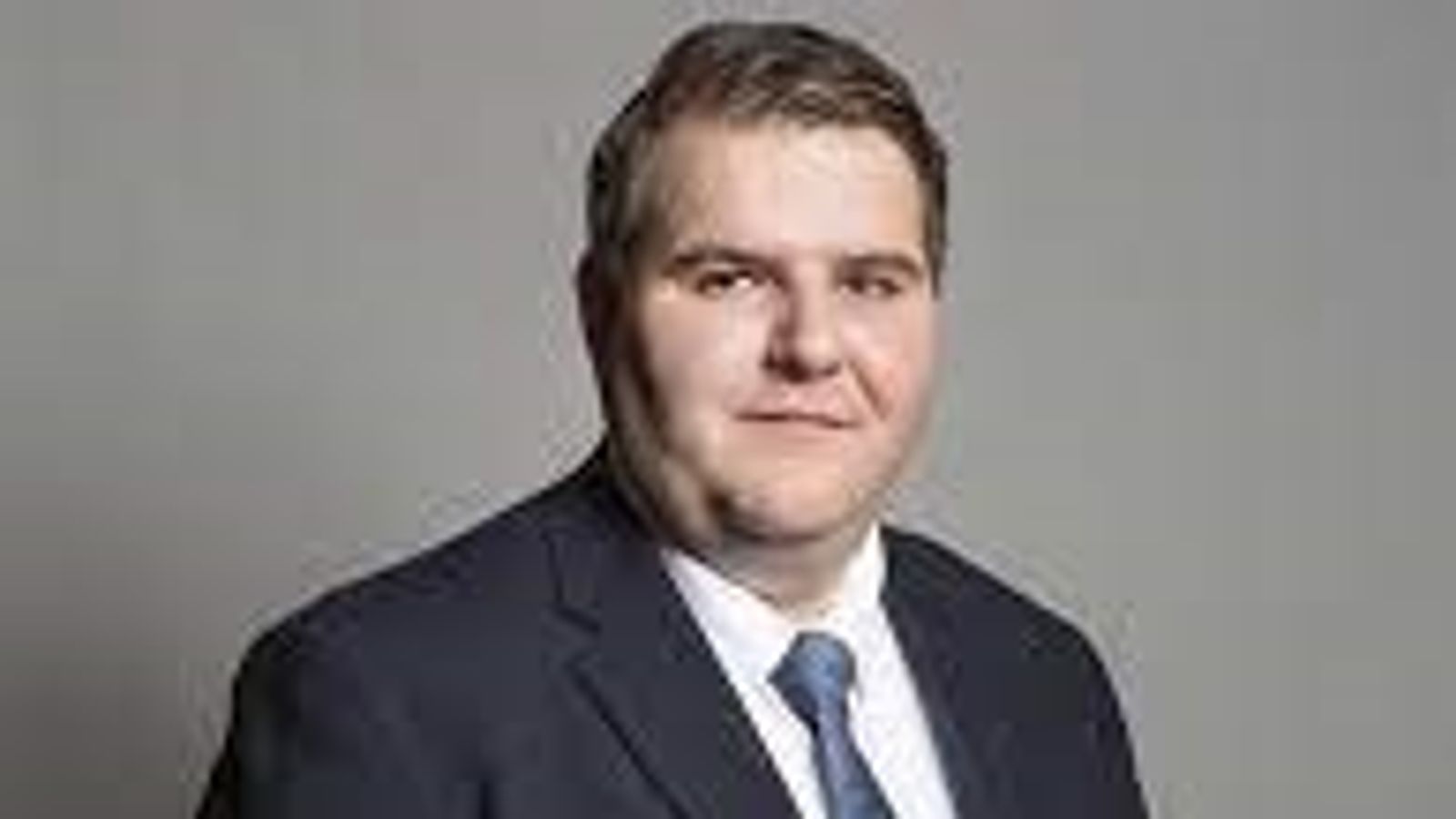 Conservative MP Jamie Wallis has admitted he was involved in an “accident” and is “assisting police with their inquiries”.

It comes after South Wales Police confirmed officers were called to an incident in which a car collided with a lamppost at Church Road in Llanblethian, Vale of Glamorgan, on Sunday 28 November shortly after 01:10 GMT.

A 37-year-old man was arrested on suspicion of driving whilst unfit and has been released under investigation.

South Wales Police said there were no reported injuries.

A spokesperson for Mr Wallis, who has been the MP for Bridgend in Wales since the 2019 election, said: “Jamie was involved in an accident and is assisting police with their enquiries.

“While this is ongoing he will not be commenting further.”

In a statement on his Facebook page on Saturday, Mr Wallis postponed a surgery with constituents until the New Year after testing positive for COVID-19.

Read more from Sky News:
Why you should do your lateral flow test just before you meet people
Love Island star shares image of bruised eye after being ‘hit in the face for no reason’

Labour calls for investigation into appointment process for BBC chair after ‘sleaze’ claims
Sunak’s integrity is taking a hit as he prolongs the pain over Zahawi – who will have to go
What to know for Niners-Eagles, Bengals-Chiefs: Score picks, bold predictions, stats to know
Tesla leaks ‘Magic Dock’ CCS adapter ahead of opening its Supercharger network
‘Explosions and calls in the night’: Zelenskyy recalls first moments of invasion and how close Russian forces got to him