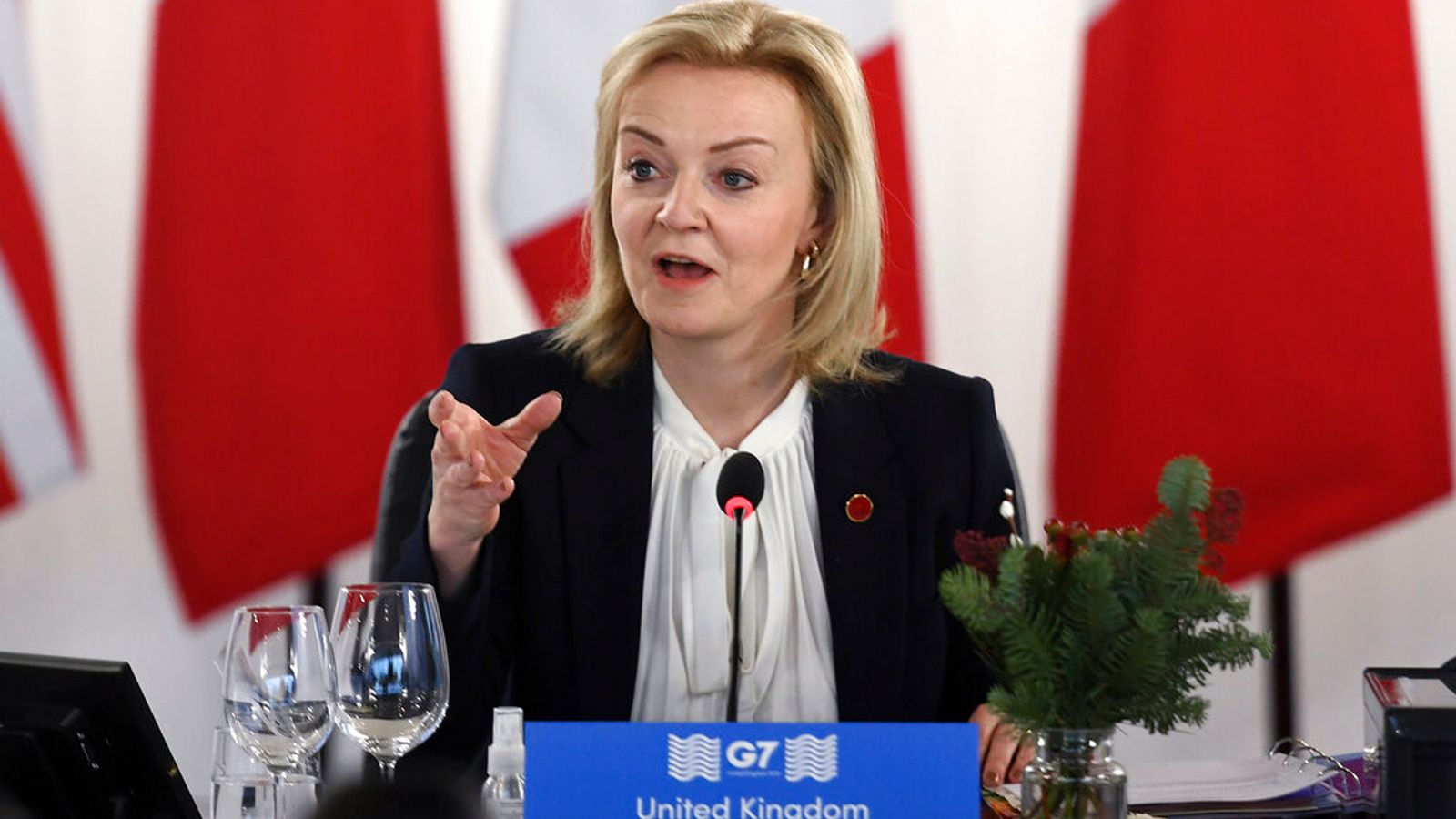 Ms Truss, 46, will become “lead negotiator with the EU on the Northern Ireland Protocol”, Number 10 said in a statement.

She will have “ministerial responsibility for the UK’s relationship with the European Union with immediate effect”.

She will also lead talks to “resolve the problems arising from the current operation of the Northern Ireland Protocol”.

The protocol, which has caused considerable friction, is designed to avoid the introduction of a hard border between Ireland and Northern Ireland.

In his resignation letter to Boris Johnson, Lord Frost appeared to take aim at the PM over his previous plan to make lockdown easing “cautious but irreversible“.

He added that we need to “learn to live with COVID”, telling the prime minister: “You took a brave decision in July, against considerable opposition, to open up the country again.

“Sadly it did not prove to be irreversible, as I wished, and believe you did too. I hope we can get back on track soon and not be tempted by the kind of coercive measures we have seen elsewhere.”

Downing Street also announced that Chris Heaton-Harris will become minister of state for Europe and will deputise for Ms Truss “as necessary on EU exit and the protocol”.

One of UK’s most wanted arrested in Morocco over Essex drive-by shooting
‘It took 18 months for my daughter’s father to be convicted of child sexual abuse’
Westminster’s ‘nepo babies’ are here to stay – whether we like it or not | Adam Boulton
Tesla’s infamous Full Self-Driving Beta v11 is coming this week if you believe Elon Musk
‘I’m lucky and grateful’: Salman Rushdie shares picture of himself after first interview since brutal attack