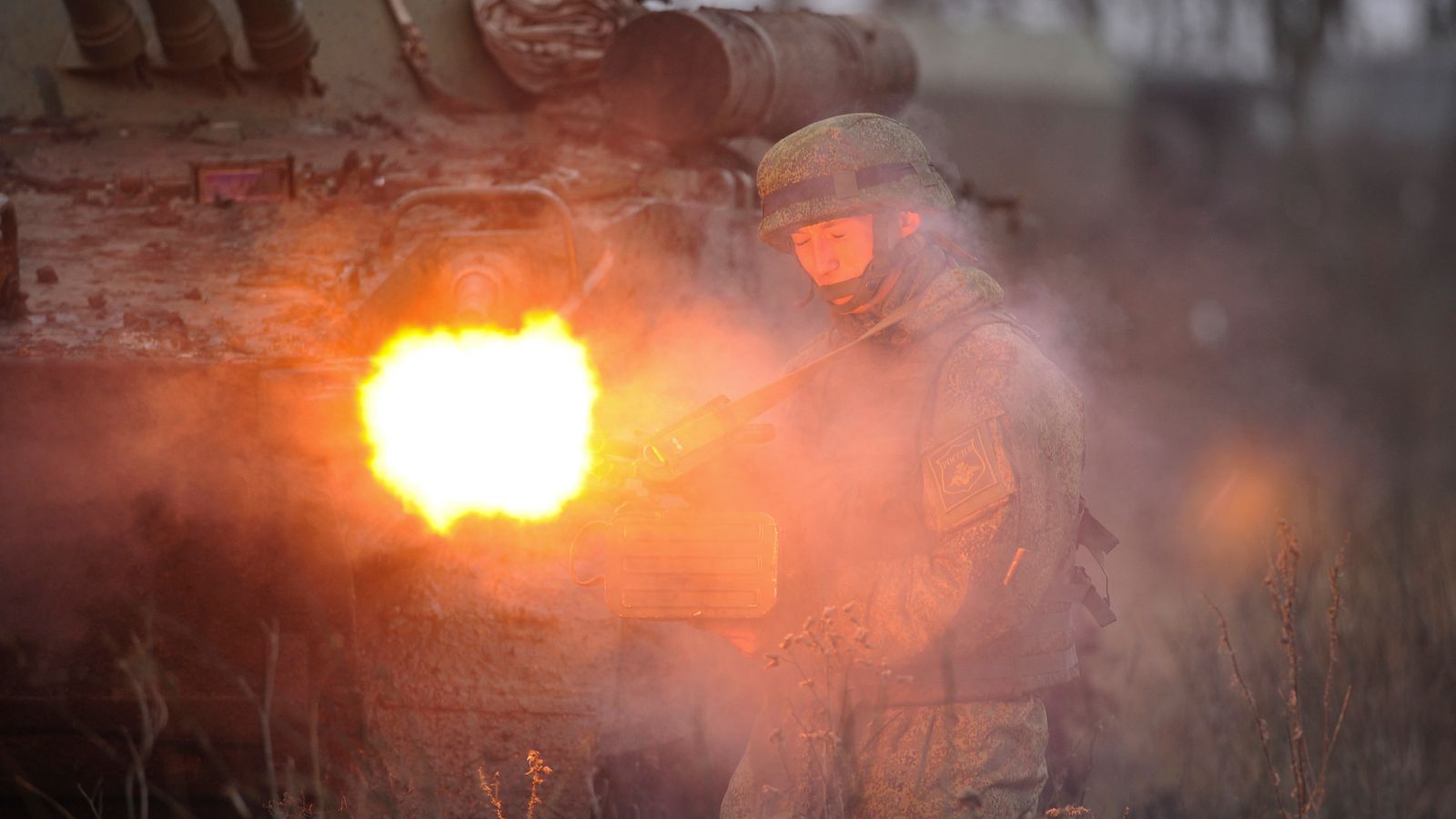 Ukraine faces “a dozen tonnes” of pro-Russian disinformation aimed at justifying Moscow’s false claims to the territory and to soften the ground ahead of a possible new invasion, the Ukrainian information minister has said.

He told Sky News that Ukraine is bolstering efforts to push back against the lies, but he said it takes time to teach people who might not immediately realise the Twitter, Facebook or Telegram post they are reading is false or manipulated information.

“They (Russia) create a sort of false mirror,” he said, speaking at the Ministry of Culture and Information Policy in the capital Kiev.

“When you look at a mirror you usually see a nice face… but they created a bubble where reality was very different from what happened on the ground.

“This information war from Russia continues to this day.”

President Vladimir Putin stunned the world back in 2014 when he annexed Ukraine’s Crimean peninsula with barely a shot being fired.

The operation – which took place in a grey zone under the threshold of a conventional war – was shrouded by a blanket of fake and distorted news stories that falsely portrayed the takeover as a home-grown uprising against anti-Russian sentiment in Kiev.

It meant many Western governments were caught short – not fully appreciating what was happening on the ground until it was too late.

A Russia-backed insurgency in the east of the country was less successful as Ukrainian forces managed to limit the seizure of territory but the conflict – and disinformation – never stopped.

Moscow ‘using fake news to bring legitimacy to its actions’

The government minister said the volume of fake news grows in line with any new tensions – something that has happened over the past few weeks as Western alarm has increased at a massing of nearly 100,000 Russian troops and weapons close to Ukraine’s border.

“All the time when any hot political issue rises, yes, we see a dozen tonnes of disinformation which is coming from different sources,” said Mr Tkachenko, a former journalist.

What is happening and will tensions lead to war?

“So, for them it is a sort of defence: how to make legitimate (the) occupation of Ukraine.”

Another use of fake news is to undermine the authority of the Ukrainian government or falsely to accuse Ukraine of a provocation that could then be used by Moscow as a pretence for military action.

One such potential example was a video that appeared online earlier this month claiming to show Ukrainian border guards opening fire on migrants trying to enter Ukraine from Belarus.

The information minister said the video was a fake. His ministry published a rebuttal.

Ukrainian journalists and social media activists also play a part in building up resilience to disinformation.

They, along with other organisations across Europe, produce articles, social media posts and videos that debunk fake news.

Alyona Romanyuk, a journalist and vlogger, even set up a website with colleagues to highlight what they believe are dozens of lies and manipulations contained in a lengthy essay on Ukraine by President Putin that was published by the Kremlin in July.

“It was like a guideline about our history and our culture,” she said of the Putin essay. “It was terrible.”