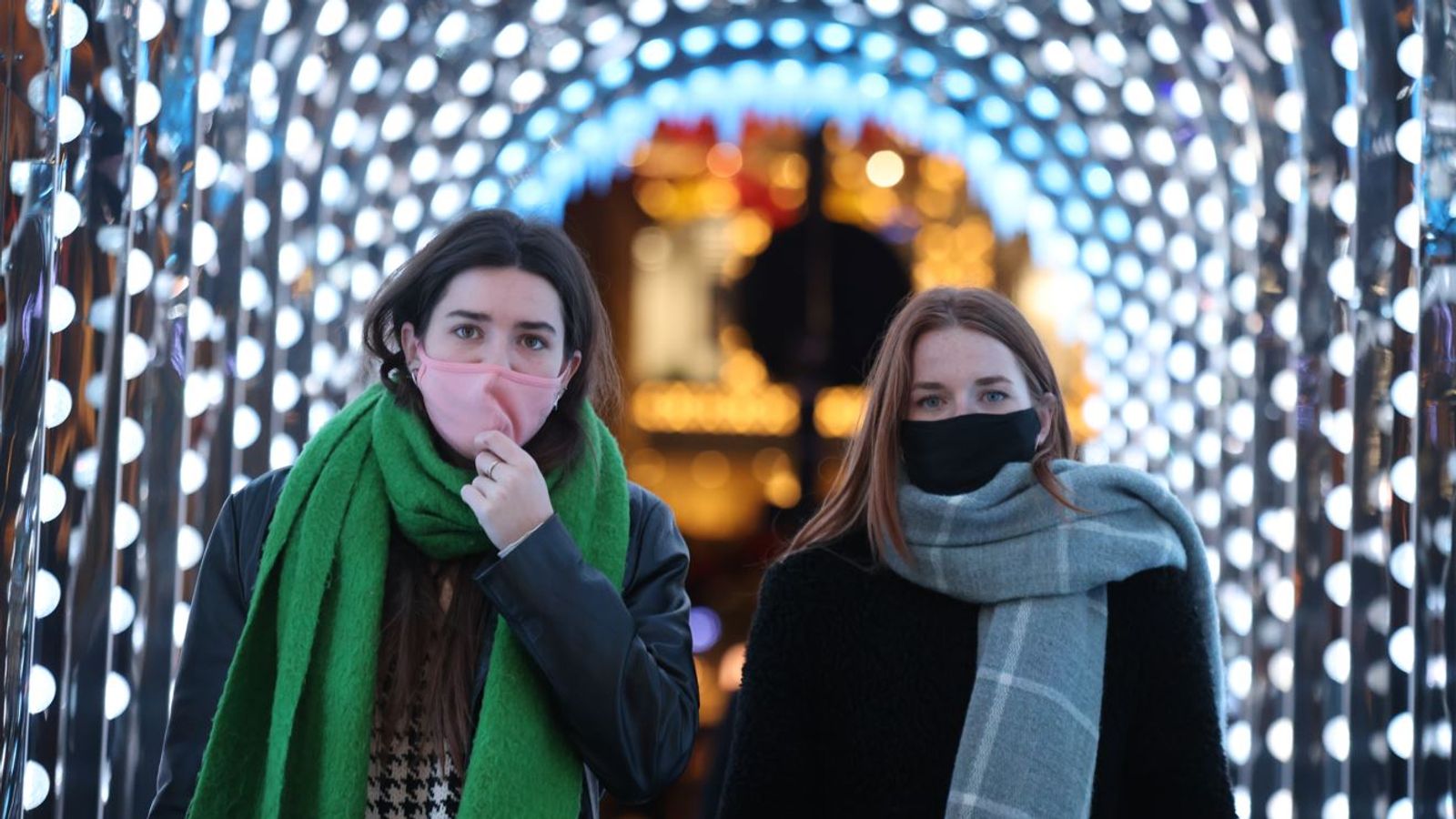 Officials are drawing up plans for a two-week circuit breaker lockdown after Christmas which would include a ban on indoor mixing, according to reports.

Draft regulations are being prepared which would ban meeting others indoors except for work purposes, and that pubs and restaurants would be limited to outdoor service only, according to The Times.

The Financial Times reported that Boris Johnson has been presented with a number of options under a so-called Plan C, ranging from “mild guidance to nudge people, right through to lockdown”.

The newspaper quoted allies of the prime minister who claimed he wanted to go down the guidance route, but that he had to be realistic about the threat of Omicron.

Leaked minutes from the Scientific Advisory Group for Emergencies (Sage), seen by the BBC, reportedly said scientists had told ministers that tougher measures need to be brought in “very soon”.

Advisers have apparently recommended moving to restrictions seen in step one and two of the easing of lockdown in the spring. This included a ban on indoor mixing and indoor hospitality.

They also reportedly warned against delaying further interventions until 2022.

It comes a further 93,045 lab-confirmed COVID-19 cases were recorded in the UK as of 9am on Friday, the highest daily total recorded since the pandemic began and a rise of 4,669 on the previous record set on Thursday.

The number of people in hospital with COVID in London, which has seen some of the biggest rises in cases in the last seven days, has climbed to 1,534, up 28.6% on last week.

Meanwhile, half of adults in the UK have now had a COVID-19 booster dose after the programme was accelerated this week in the face of Omicron.

A total of 26.3 million people aged 18 and over have received a vaccine top-up.

This week, online bookings opened to all adults alongside walk-in sites across the country.

And to help with the programme, racecourses, Christmas markets and football stadiums will be among almost three thousand sites being used as vaccination centres this weekend.

The NHS is “pulling out all the stops” to make it easy for people to get jabs, NHS national medical director Professor Stephen Powis said.

Staff will be vaccinating at about 2,900 places on Saturday and Sunday.

Is there a Plan C?

What events have been cancelled this weekend due to rising COVID cases?

Other venues open this weekend include the Christmas Market at Chester Cathedral, the Liverpool Christmas Ice Festival, Bluewater shopping centre in Kent and London’s Oxford Street where there will be a vaccine bus.

There will also be jabs available around the clock at Morris House Group Practice on Lordship Lane in Haringey, north London, a 24-hour pharmacy on Shady Lane, Birmingham, and Artrix Theatre in Bromsgrove.

People can get their coronavirus vaccine by booking online through the National Booking Service or by calling 119, and GP practices are also inviting those who are eligible.

With reports of further lockdowns due to the Omicron variant, the UK’s devolved administrations have ramped up their demands for more cash support.

Doubling time of Omicron could make PCR testing ‘meaningless’ – is it time for a rethink?

The first ministers of Scotland, Wales and Northern Ireland have all pressed Boris Johnson for more financial aid as protective measures are being put in place across the three nations to prevent further spread of the coronavirus.

On Friday, a Downing Street spokesperson confirmed that a Cobra meeting with the devolved nations would go ahead over the weekend.

Chancellor Rishi Sunak met virtually with the Confederation of British Industry, the Federation of Small Businesses, and the British Chambers of Commerce on Friday afternoon after he returned early from a trip to California.

A Treasury spokesperson said: “We recognise how important the festive period is for so many businesses and the government will continue to engage constructively on how it can best provide ongoing support to the businesses and sectors affected.”

The groups raised concerns about the impact of cancellations and the importance of clear messaging from the government.

The prime minister was asked about conflicting messages from the government and its advisers on socialising over the Christmas break during a visit to a vaccination centre on Friday.

Mr Johnson said: “What both Chris Whitty and I are saying is that there is a big wave of Omicron coming through.

“People need to be prudent. You need to think about your budget of risk.”