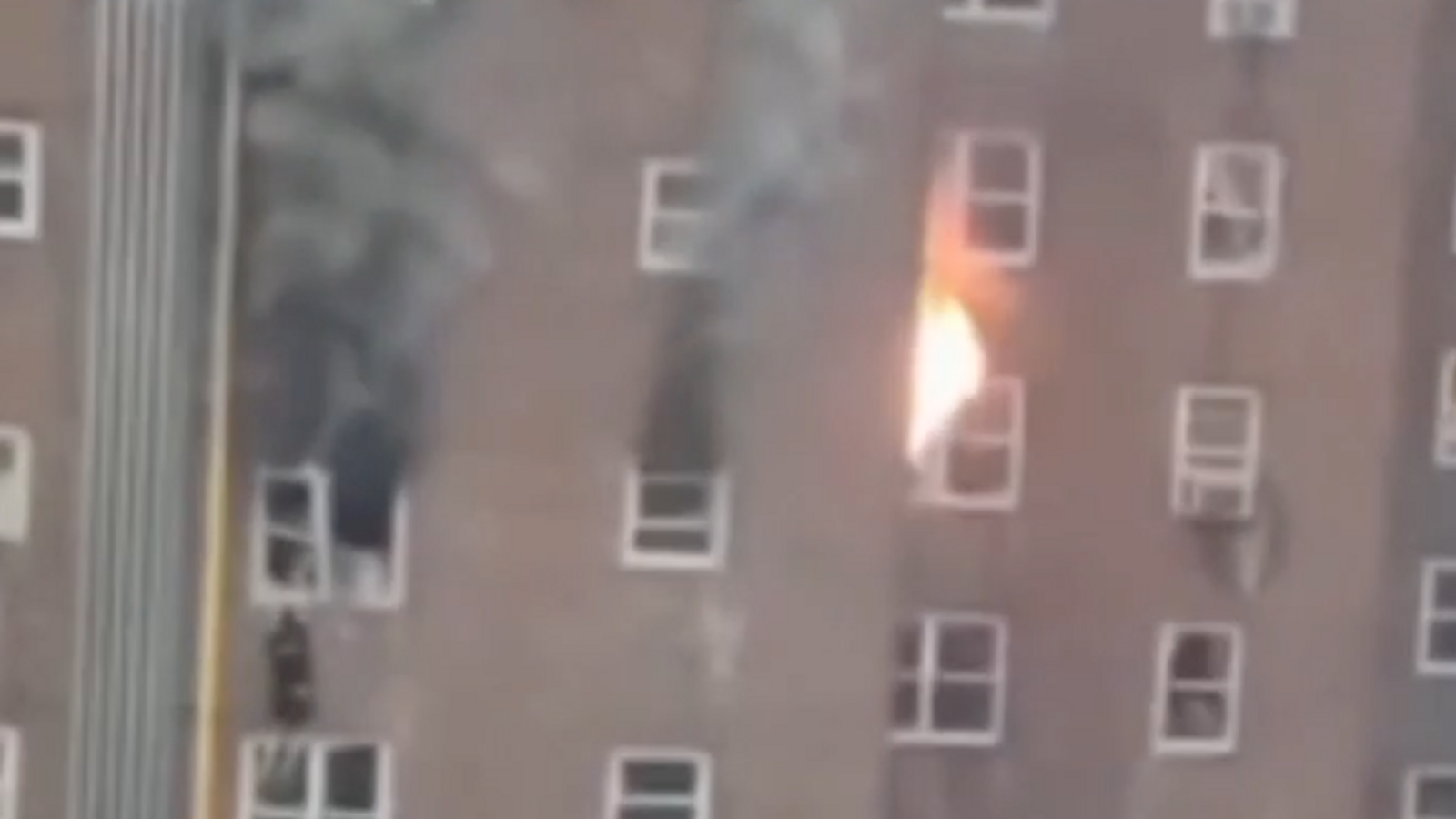 An 18-year-old woman and a 13-year-old boy managed to escape a burning building in New York by climbing out a window and scaling down a pipe, video footage has shown.

The fire broke out on the fourth floor of an apartment block, located in Avenue D, in the East Village area of Manhattan, at around 7.15am local time on Thursday.

Video footage taken from the phone of a bystander showed flames and thick smoke billowing from the windows of the building.

Suddenly, the 18-year-old woman is seen hanging from one of the windows, before they grab onto a nearby exterior pipe.

The 13-year-old boy then makes his way out of the window and grips tightly, before being helped onto the pipe by the first survivor.

Other bystanders are also heard shouting “hold on” to the pair as they shimmy down the pipe.

The New York City Fire Department confirmed a man had died in the fire, which they say was caused by batteries from an electric bike, in a Facebook post.

FDNY Commissioner Daniel A Nigro said: “Early yesterday morning in the East Village, a fire on the fourth floor caused the death of a young man, left a woman clinging to life, and injured two teenagers.

“Our Fire Marshals have determined once again that this fire was caused by lithium-ion batteries from an electric bike.

“This is an alarming trend. Last year we had 44 fires and no deaths, this year we have had 93 fires, more than 70 injuries and now four deaths caused by lithium-ion battery fires.

“These batteries, when they are damaged or overcharged, explode violently. We are urging people not to charge these in areas of egress, places where people are sleeping.

“I would prefer if they were charged outdoors or in an unoccupied space. We need to make sure people buy authorised batteries.

“This is a serious trend, going back a few years this did not occur, and as the number of batteries grow, the danger will grow. In order to prevent further loss of life, we need to use these properly and safely.”

Ofgem tells suppliers to suspend forced installation of prepayment meters, Sky News understands
Community ‘in shock’ over Nicola Bulley’s disappearance – as friends strive to protect daughters
‘I was not given a realistic chance’, says Liz Truss, as she makes comeback
Greg Hands replaces Zahawi as Conservative Party chairman in Sunak’s first reshuffle
RB Mixon has warrant out for menacing charge