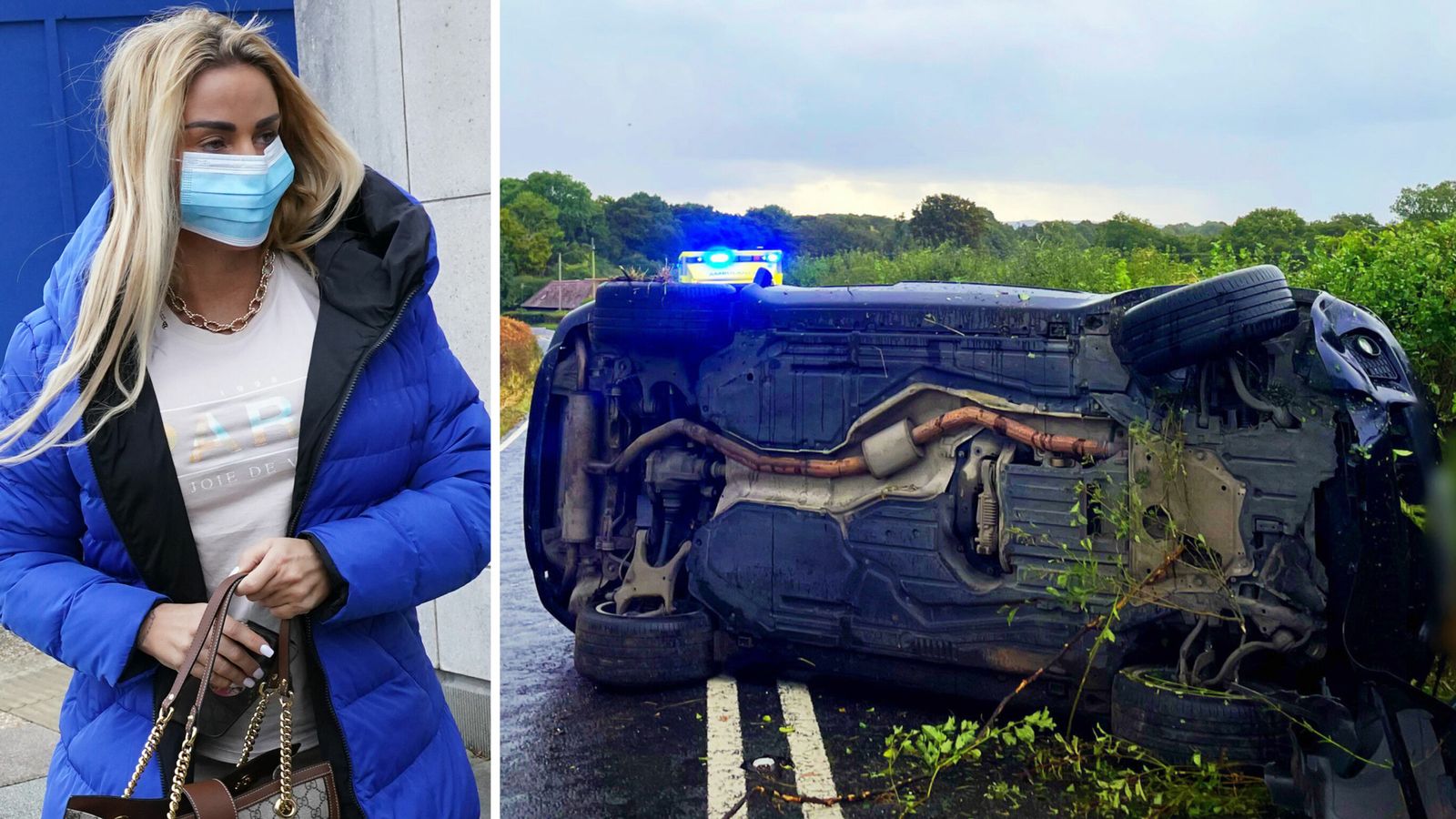 Katie Price has avoided jail after flipping her car in a crash and admitting drink-driving while disqualified.

The 43-year-old former glamour model has been handed a 16-week prison sentence, suspended for a year, as well as a two-year driving ban.

Price told officers after the collision, which happened near to her home in Sussex in September: “I took drugs, I should not be driving, I admit it all.”

Price’s sentencing was adjourned at a hearing on 29 September on the condition that she have treatment at the Priory Centre, not commit any further offences, and be banned from driving in the interim.

A drugs wipe gave a positive reading for cocaine and a roadside breath test taken by Price following the accident was positive for alcohol, the court heard.

The star had been driving to visit a nearby friend when the crash occurred at around 6.20am on 28 September, Crawley Magistrates’ Court heard previously. She was arrested at the scene and taken to hospital.

Sentencing Price, the judge told the star her actions were “incredibly selfish” and that when she “chose to get behind the wheel… intoxicated” she showed “no concern at all for the life of others”.