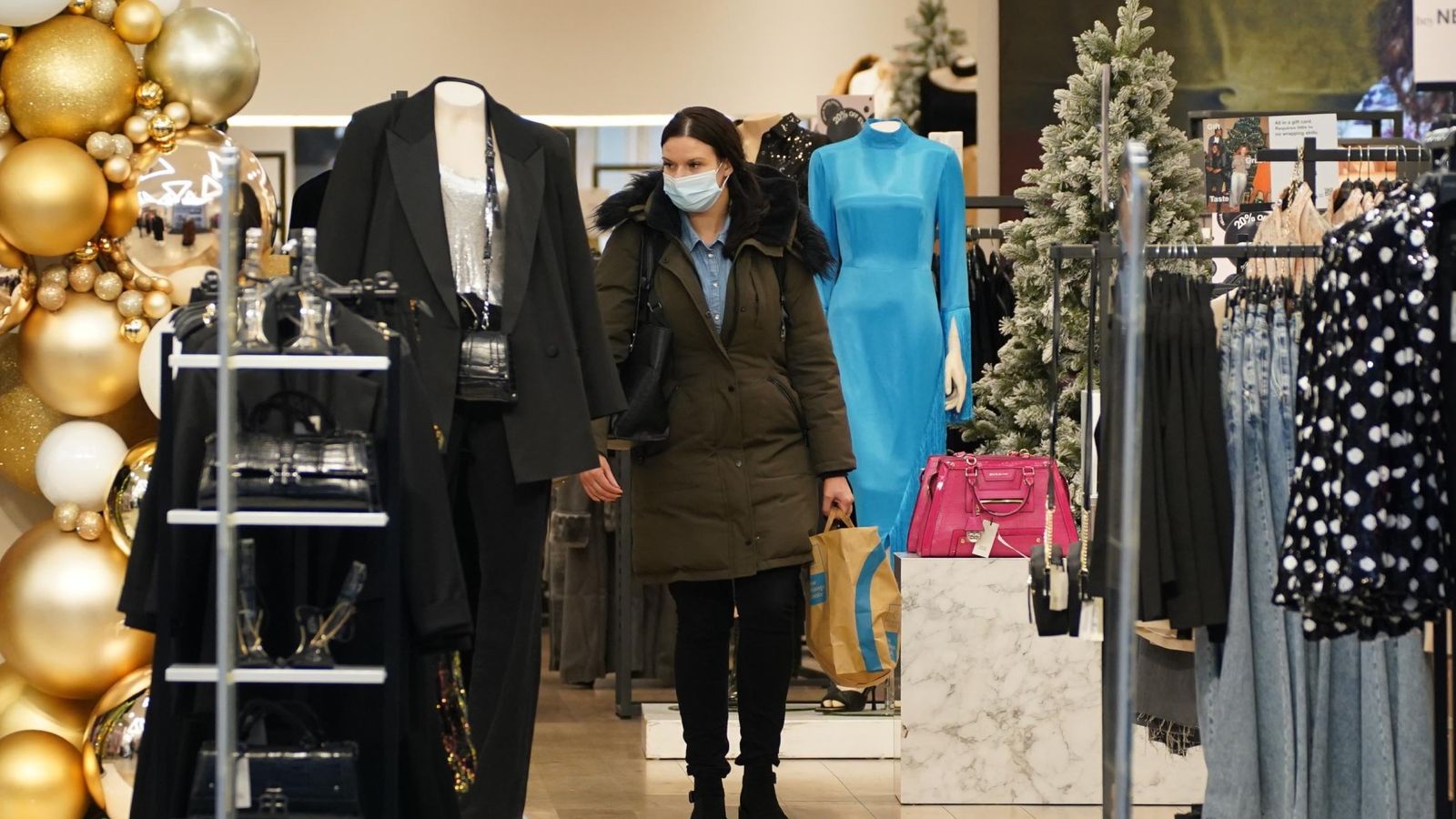 Inflation surged to 5.1% last month, hitting a fresh decade high as the cost of living squeeze on households intensified.

The consumer prices index (CPI) measure of inflation in November was up from 4.2% in October and well ahead of expectations that it would hit 4.7%. It has not been higher since September 2011.

It comes a day ahead of the Bank of England’s latest decision on whether to hike interest rates, with officials under pressure to act to curb spiralling prices but reluctant to jeopardise the already stuttering economic recovery.

The figures from the Office for National Statistics (ONS) crystallise some of the pressure facing households as the UK heads into another COVID-afflicted festive period and Boris Johnson’s government weathers a political battering.

Experts had expected inflation to head north of 5% – but not until next spring.

ONS chief economist Grant Fitzner said: “A wide range of price rises contributed to another steep rise in inflation, which now stands at its highest rate for over a decade.”

The data pointed to increases across a broad range of categories including fuel – which hit a record high in November – as well as fashion, food and second-hand cars.

Meanwhile, the costs of goods produced by factories and the price of raw materials – factors likely to put further pressure on consumer prices in the months ahead – are also surging, hitting the highest rate for at least 12 years, the ONS said.

Chancellor Rishi Sunak said: “We know how challenging rising inflation can be for families and households which is why we’re spending £4.2bn to support living standards and provide targeted measures for the most vulnerable over the winter months.

“With a resurgence of the virus, the most important thing we can do to safeguard the economic recovery is for everyone to get boosted now.”

Police release image of new witness they want to speak to after disappearance of Nicola Bulley
Europe is set to ramp up its oil war against Russia — and markets are bracing for more disruption
Sanctions on Russian crude oil have ‘failed completely,’ oil analyst says
Quick Charge Podcast: January 28, 2023
Djokovic wins Australian Open a year after he was deported over COVID vaccine row