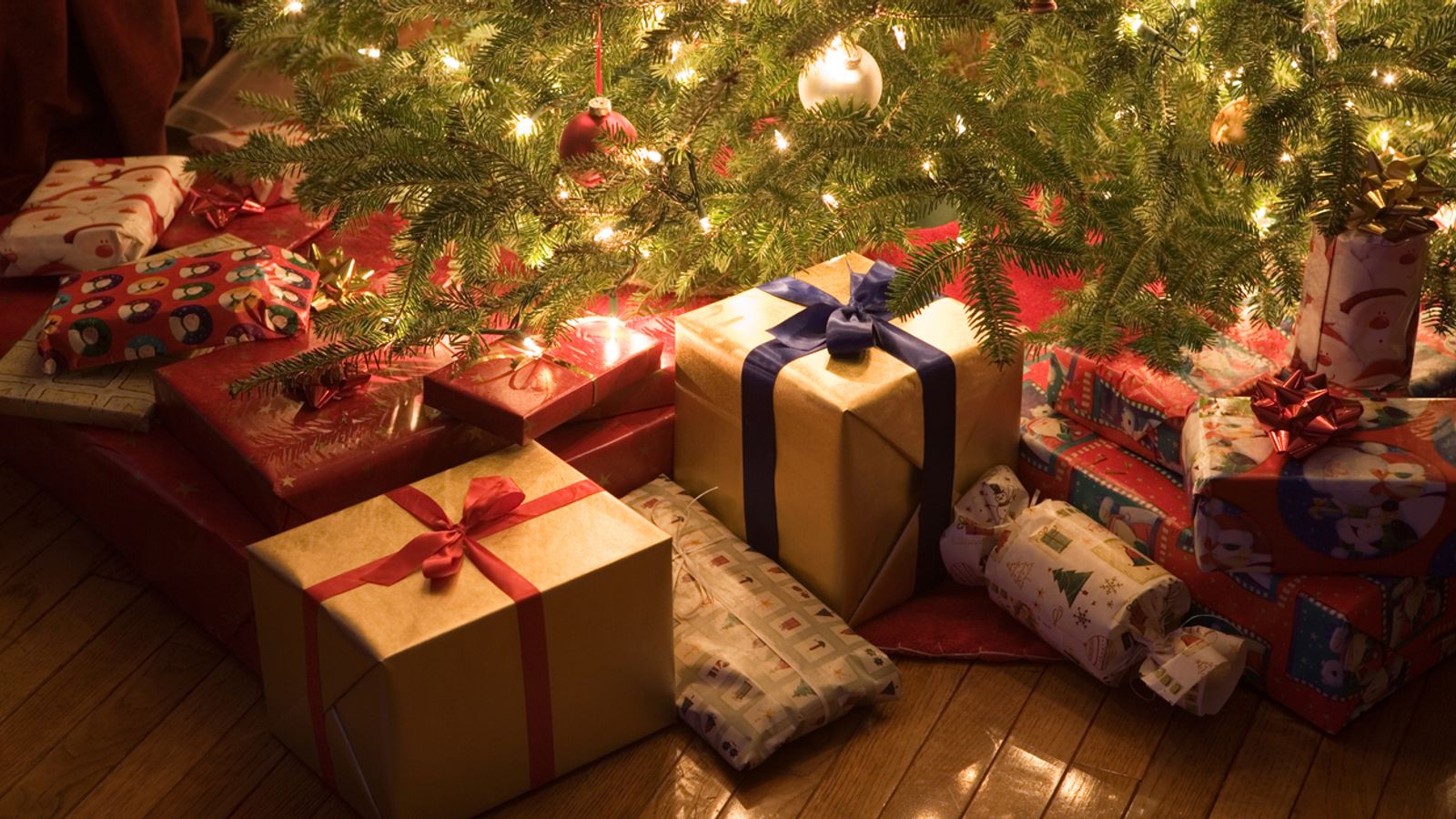 Grant Shapps has said he believes “with some confidence” that no further COVID restrictions will be required in England before Christmas and that people can enjoy the festive period as planned.

The transport secretary told Kay Burley that the government wanted people “to be sensible but to enjoy their Christmas“, noting that increased testing and vaccines had put the UK “in a much better position” this year.

Pressed on the prospect of more restrictions being imposed in the next few weeks – forcing people to change their festive plans – Mr Shapps said the government had “already taken a huge number of steps”, adding that “right now” no further limitations were planned.

MPs have voted in favour of the introduction of COVID-19 certificates for venues and large events in England.

There were 59,610 new COVID infections and 150 further deaths recorded within 28 days of a positive test reported in government figures on Tuesday.

Yesterday MPs voted to approve Plan B measures including, the mandatory wearing of face masks in some settings, the use of the COVID pass for some events and mandatory vaccination for NHS staff.

Following the votes, government sources said that, should further COVID restrictions be required in the coming weeks, MPs would be given a further vote in the Commons on possible new rules – even if it meant recalling parliament from its Christmas recess.

But Mr Shapps stressed to Sky News that he believed people would be able to enjoy Christmas “with only what has already been announced”.

Asked whether England could follow Scotland’s lead and implement guidance that people should only mix in groups of up to three households over the festive period, he said: “We set out in England, for people watching this in England, what we want to do, Parliament has now voted on it – and right now that does not include limitations.

“We want to be able to enjoy Christmas this year, we are certainly in a better position than we were this time last year.” 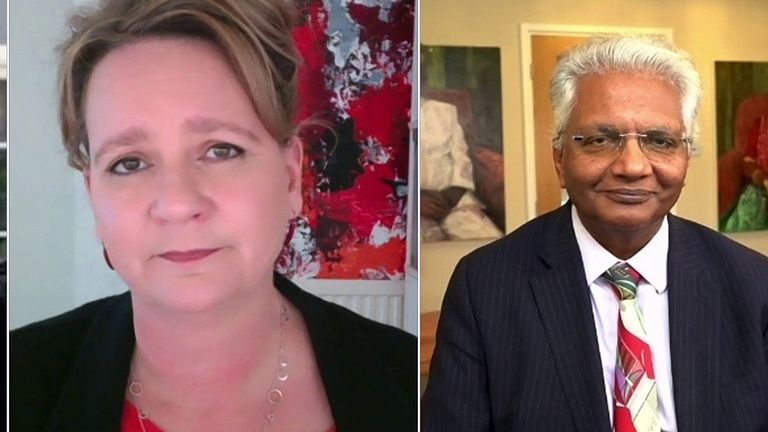 Our panel of experts answer all your questions about Omicron, including should the government introduce a vaccine mandate?

The transport secretary continued: “We want people to be sensible but to enjoy their Christmas, to get tested.

“We have two things this year which we didn’t last year – one is tests, and two, jabs and now even booster jabs. That has all happened in the last year, so we are in a much better position this Christmas.”

Asked if there was a possibility of the government introducing further restrictions, the transport secretary said the government had “already taken a huge number of steps”.

Stressing the importance of people taking up the offer of a booster vaccine, Mr Shapps added: “I think with some confidence we can say that people are going to be able to enjoy their Christmas, get together with their friends and families… with only what has already been announced.”

Boris Johnson suffered the biggest Conservative rebellion since the 2019 general election as 100 Tory MPs opposed the introduction of COVID certificates for nightclubs and large events in England on Tuesday. 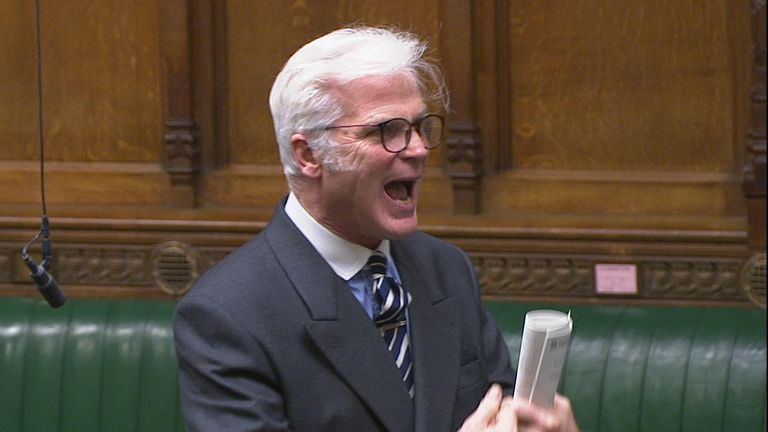 Sir Desmond Swayne has told MPs that Boris Johnson’s government has been ‘absolutely complicit’ in developing a ‘ministry of fear’ during the COVID-19 pandemic.

And members of the hospitality industry have already raised concerns about the damage the current restrictions are doing to their trading.

Meanwhile, Mr Shapps was also quizzed on Christmas parties that took place in Downing Street and across Whitehall last year – in particular, on Conservative mayoral candidate Shaun Bailey being pictured at what was reported to be an event held during strict COVID rules. 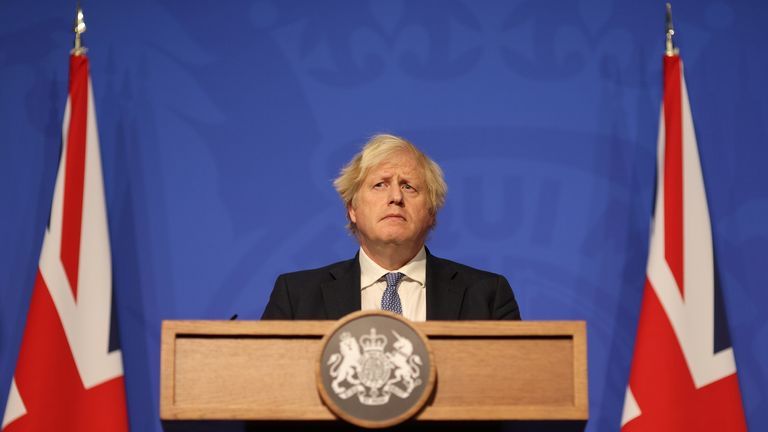 The Prime Minister’s moral authoriy is in question after increasing COVID restrictions while denying knowledge of the No 10 ‘party.’

The Daily Mirror, which published an image of Mr Bailey surrounded by more than 20 other people, said the event was held at the Conservative Party’s headquarters in Westminster on 14 December 2020.

At the time, London was under Tier 2 restrictions that banned the mixing of households indoors.

It was subsequently announced that Mr Bailey had quit as chairman of the London Assembly’s police and crime committee.

The transport secretary said Mr Bailey did “absolutely the right thing to resign, but the wrong thing to have held a party”.

Mr Shapps continued: “I see in that picture, apparently, four Conservative Party workers who were on secondment where disciplinary action has already been taken.

“And to answer your question, it is disgraceful to have a party like that, break the rules. That is unacceptable and the consequences will follow.”

“I don’t think there is really an issue. As far as I am aware there is no issue that I am familiar with where you can’t have quiz names over a video screen at Christmas – I think that is all getting a little bit silly.”

Suspected Chinese ‘spy balloon’ was same size as 20-storey building, US military says
Britishvolt secures new life as Australian start-up is selected preferred bidder
Police release image of new witness they want to speak to after disappearance of Nicola Bulley
Watch moment trapped boy given water by rescue workers
‘Greenwashing’ is a good thing, according to one renewable energy tycoon