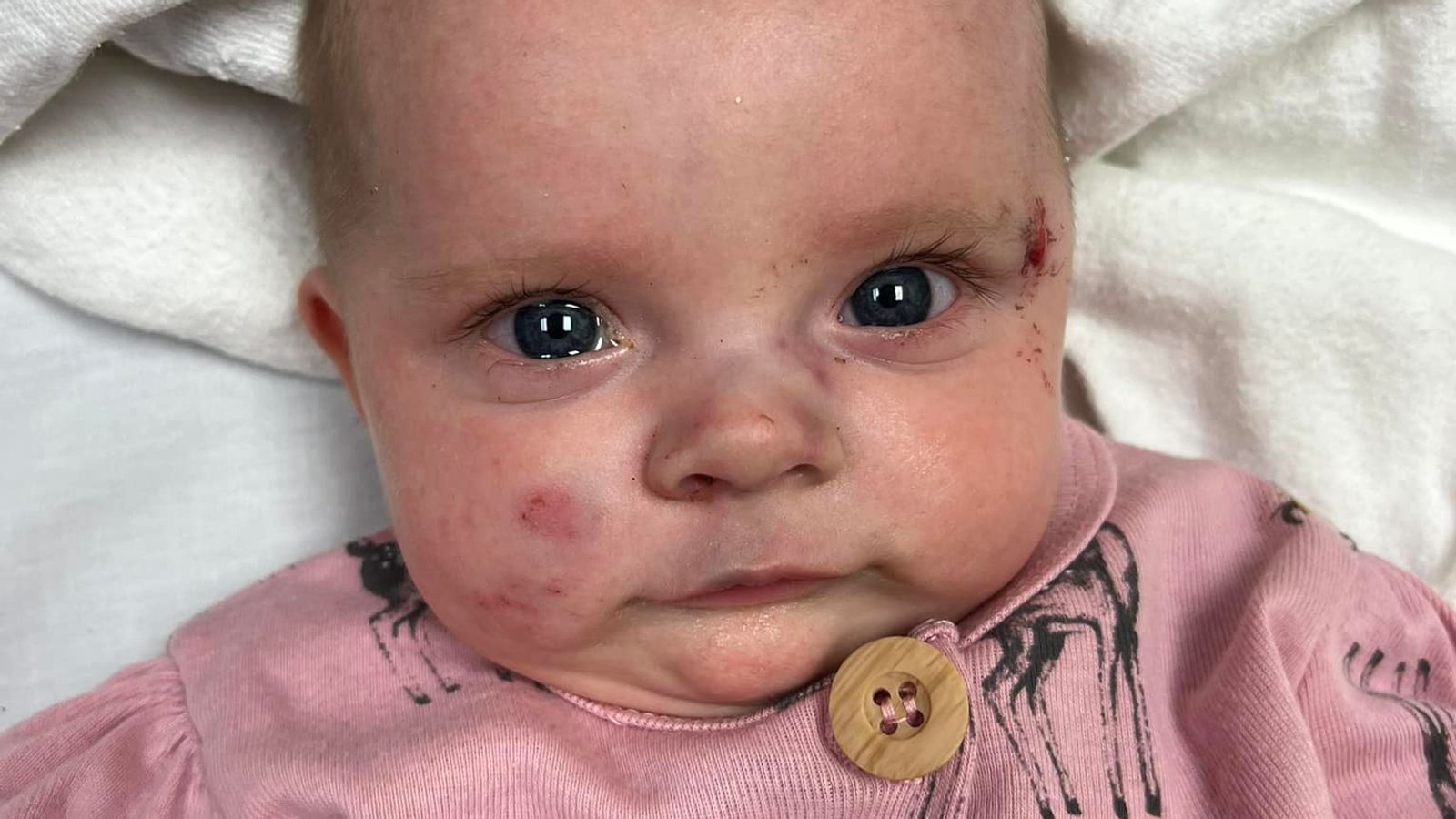 A two-month-old girl, a 94-year-old Korean War veteran and an Amazon worker are among the victims that have been named following a surge of devastating tornadoes that ripped through five US states.

At least 88 people have now been confirmed dead – including 74 in Kentucky – and more than 100 are unaccounted for.

Here are some of the heartbreaking stories of those who lost their lives in the storms.

Douglas Koon, his wife, Jackie, and their three children huddled in his mother-in-law’s bathroom in Dawson Springs, Kentucky, as the storms approached.

The couple put their two-month-old daughter, Oaklynn, in a car seat to protect her.

The tornado hit their house directly, flinging the family around as a bathtub that was shielding his two sons became airborne.

“It’s the most traumatic thing I’ve been through, I felt like I was helpless in protecting my kids,” Mr Koon told MSNBC in an interview on Saturday.

Oaklynn appeared to be alright on Saturday, but by Sunday she was having seizures.

When she was taken to hospital, doctors noticed a brain bleed and believed she had had a stroke.

“It’s not looking good at this point,” he wrote in a Facebook post. “The machines are keeping her alive.”

Early on Monday morning, the family posted that the infant had died.

Trey and Meghan Rackley sought shelter with their three daughters in a windowless bathroom in their home in southeast Missouri.

To prove they’d got to the family’s “safe space,” the girls’ mom texted their grandaunt Sandra Hooker a photo of the three in and next to the bathtub.

They were all smiling as nine-year-old Annistyn held her favourite doll.

Fifteen minutes later, Ms Hooker said, a tornado tore through the home – lifting the family dozens of yards into the air and into a field, where first responders found them in the mud.

Annistyn, a nine-year-old who loved swimming, dancing and cheerleading, died, while her relatives were injured but survived.

Her aunt Sandra Hooker said she was a “special angel” who was outgoing and energetic despite a rare liver condition requiring frequent doctor’s visits and blood tests.

Annistyn loved learning new dances from TikTok, dressing up for cheerleading competitions and performing cartwheels for her aunt.

“I would just gasp because she could do the splits all the time, and she would just laugh,” Ms Hooker said. “She loved dancing.”

Golden Wes Hembrey died when a tornado struck the care home where he lived, in Monette, Arkansas.

The 94-year-old Korean War veteran and retired farmer had been residing there since 2016 due to Alzheimer’s disease, his nephew said.

“He was outgoing,” his nephew said. “He’d be out in the yard playing with us. But don’t make him mad. When he was mad, he was mad.” 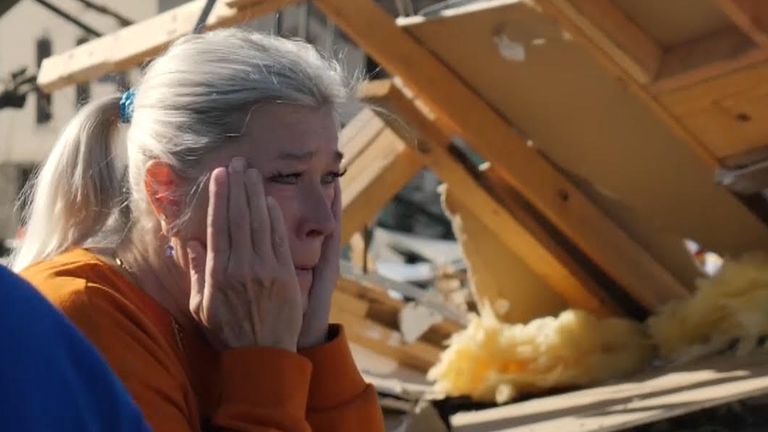 Clayton Lynn Cope died while working at an Amazon warehouse in southwestern Illinois, along with five other workers.

The 29-year-old had been employed with the company for more than a year and was an avid outdoorsman who also liked to ride motorcycles and play video games.

“He would go out of his way for anyone,” his younger sister Rachel said.

Lisa Taylor was killed when a large tree fell through her roof overnight as she slept in bed.

The 54-year-old had begun a new career at the airport in Memphis in October, working with the Transportation and Security Administration.

She had left her job as a florist at a family-owned shop, where she had been employed for 14 years.

“She had just gotten started on her new adventure, and she’s just been taken,” said Angie Morton, a florist who had been her colleague for several years.

His wife and three children survived the storm without any major injuries.

A district judge for two western counties in the state, he handled criminal misdemeanour cases, traffic court and juvenile cases.

Circuit Judge Briant W Wiggins said many of the defendants who came before him had no legal representation, and Mr Crick “was very good about seeing to it that their rights were protected.”

A sweet and “typical grandmother”, Ollie Borgmann died in hospital after her house was blown off its foundation.

She was awake when she was found by rescuers.

Her 84-year-old husband Vernon was in the house with her at the time, on the phone with a family member, according to the St Louis Post-Dispatch.

The line went dead, and the next thing he remembers is waking up in a nearby field, with debris all around him.

He suffered scratches and bruises but will be alright, his family said. 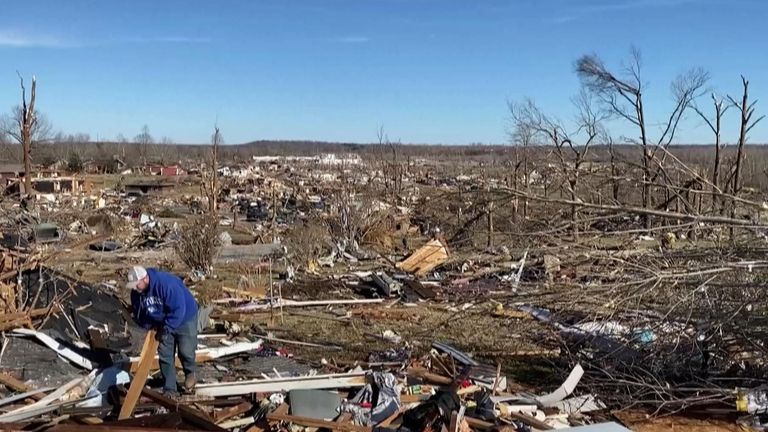 ‘This is hell on Earth’

The inmates told Mr Daniel’s colleagues that he had pushed them all to safety, leading them through a doorway and against a wall in an interior part of the workplace.

The last prisoner through the door said Mr Daniel was behind him one moment, and suddenly he was gone.

“He was physically still in the act of trying to get them to safety,” said his manager, Graves County jailer George Workman. “And that’s when it hit. 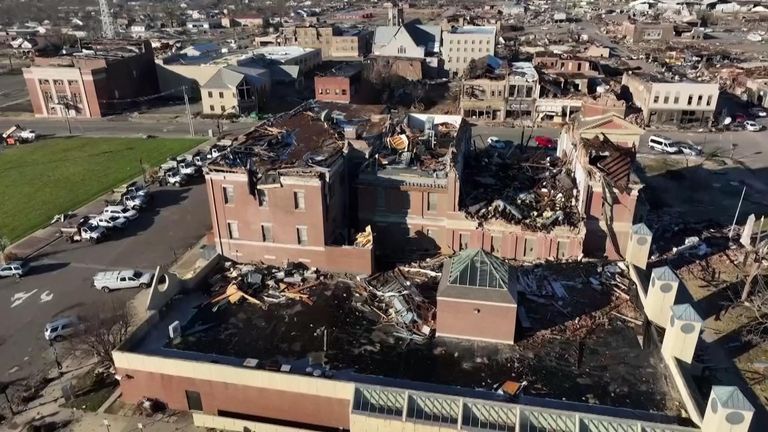 “It takes a tremendous person to be able to lay their own life down for somebody else. But he did, and he was doing it for the right reasons.”

All seven of the inmates who had been with Daniel survived, with two suffering broken legs.

June Pennington was working at a Dollar General store in Leachville, Arkansas, when it was battered.

The 52-year-old was devoted to her four children and nine grandchildren, with a habit of adopting animals like dogs, cats, rabbits, birds, turtles and even a ferret.

Her daughter Christie said: “She didn’t love anything as much in life as her kids and grandkids. She was truly selfless and loved whole-heartedly.”