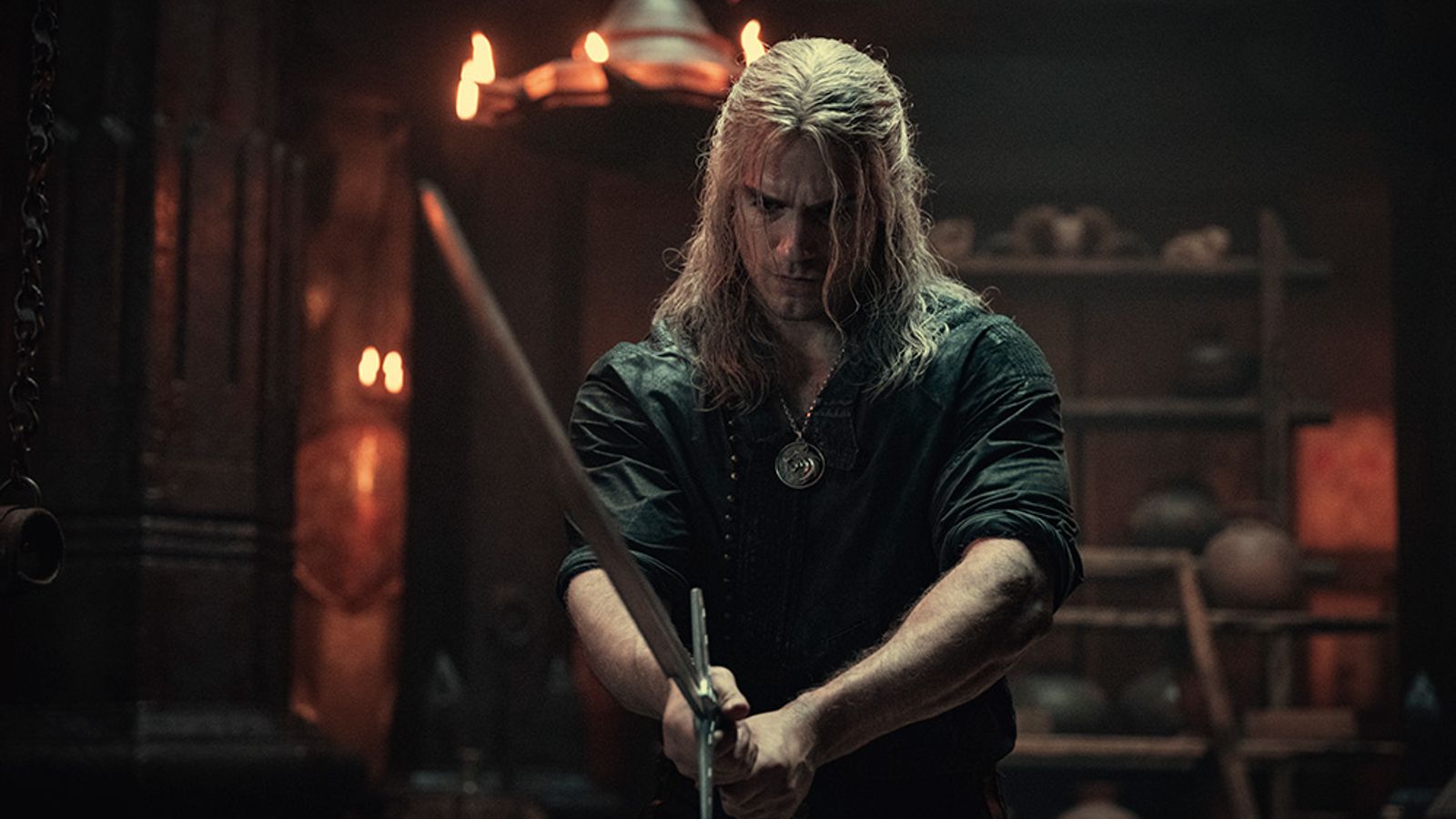 Fantasy phenomenon The Witcher has returned for its second season, with new monsters, new characters and new threats.

Superman actor Henry Cavill is back as Geralt, a monster-slaying witcher who is bound by destiny to protect the Crown Princess Ciri (Freya Allen).

The show, which is based on a set of books originating from Poland, has become a runaway success for Netflix, no doubt in part because of its A-list lead actor’s love of the franchise.

“There was a good chance that it would at least get watched,” Cavill told Sky News, acknowledging the large book and gaming fanbase that existed before the TV show.

“Even with knowing nothing I thought ‘we’re in for a good chance here’ and I absolutely love the IP (intellectual property) myself.”

Cavill is also an avid gamer, and had played the The Witcher series of games before the show started filming in an effort to understand the character of Geralt.

But was there pressure on him to get the role right, given it had existed long before he became the amber-eyed monster-hunter?

He explained: “I wouldn’t say a worry, but it’s something one is very aware of, and it’s also something one can’t necessarily win because everyone’s going to have a different mental image of Geralt.

“Some will be similar, some will be completely different from others. There’s a huge spectrum there, and it’s about landing in a place where I believe him to be.

“And of course, I have to fit within a showrunner’s vision as well, so it’s about finding that balance.

“It’s not necessarily a worry or a pressure, but it’s a responsibility to at least do justice to the character that’s in the source material in the books.”

Co-star Allen agrees, telling Sky News: “Obviously when you read a book, it’s completely unique – no one’s ever going to have the same person in mind, which is what’s so cool about reading anyway.

“But my point is that you can’t please everyone, so I just try not to think about all that and just deal with what’s in front of you, which is the script and… focussing on my intentions.”

Kim Bodnia, a Danish actor known for playing Konstantin Vasiliev in Killing Eve, joins the cast this season, and told Sky News what he thinks is behind the show’s magic, explaining: “The production value is up there and there are many monsters – there’s a lot of fighting and it’s beautifully made.”

But for Cavill, The Witcher isn’t the only franchise he’s linked with – rumours are swirling that he could soon be stepping through the doors of MI6 and calling himself Bond – James Bond.

He was obviously tight-lipped when asked by Sky News about if he might like his vodka martini shaken and not stirred in the future, saying: “I just don’t know.

“I mean, from what I’ve read, there are very preliminary conversations going on – but I’d say any kind of more in depth conversations are quite a bit further down the line.”

The Witcher season two is now streaming on Netflix – you can hear our review and more from our interview with the cast on the Sky News Backstage podcast.