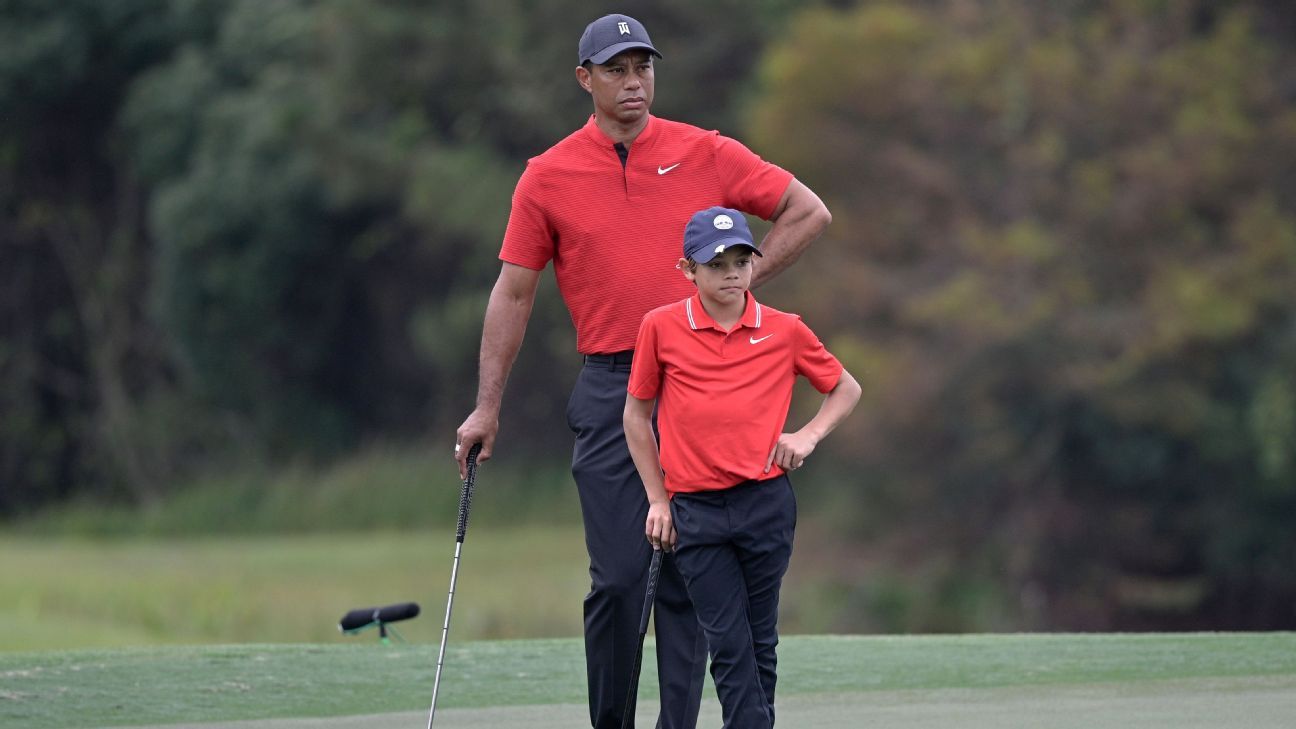 Tiger Woods is returning to golf action this week. Perhaps you heard? Ten months since he rolled his SUV in a one-car crash in Los Angeles that could have cost him his leg, Woods is set to tee it up with his 12-year-old son, Charlie, at this week’s PNC Championship in Orlando.

It will be the first time Woods will be playing in front of the public since this same event a year ago. It was at the PNC that the world got to first see Charlie’s swing and see Woods’ youngest child make his first-ever eagle. The team finished seventh in the 20-team event that matches major champions with members of their family for a 36-hole competition.

What people also noticed was just how similar father and son really are on the golf course. Even Woods couldn’t help but laugh as he watched.

So, yes, we have all the important parts covered — club twirl, fist pump and scratching of nose.