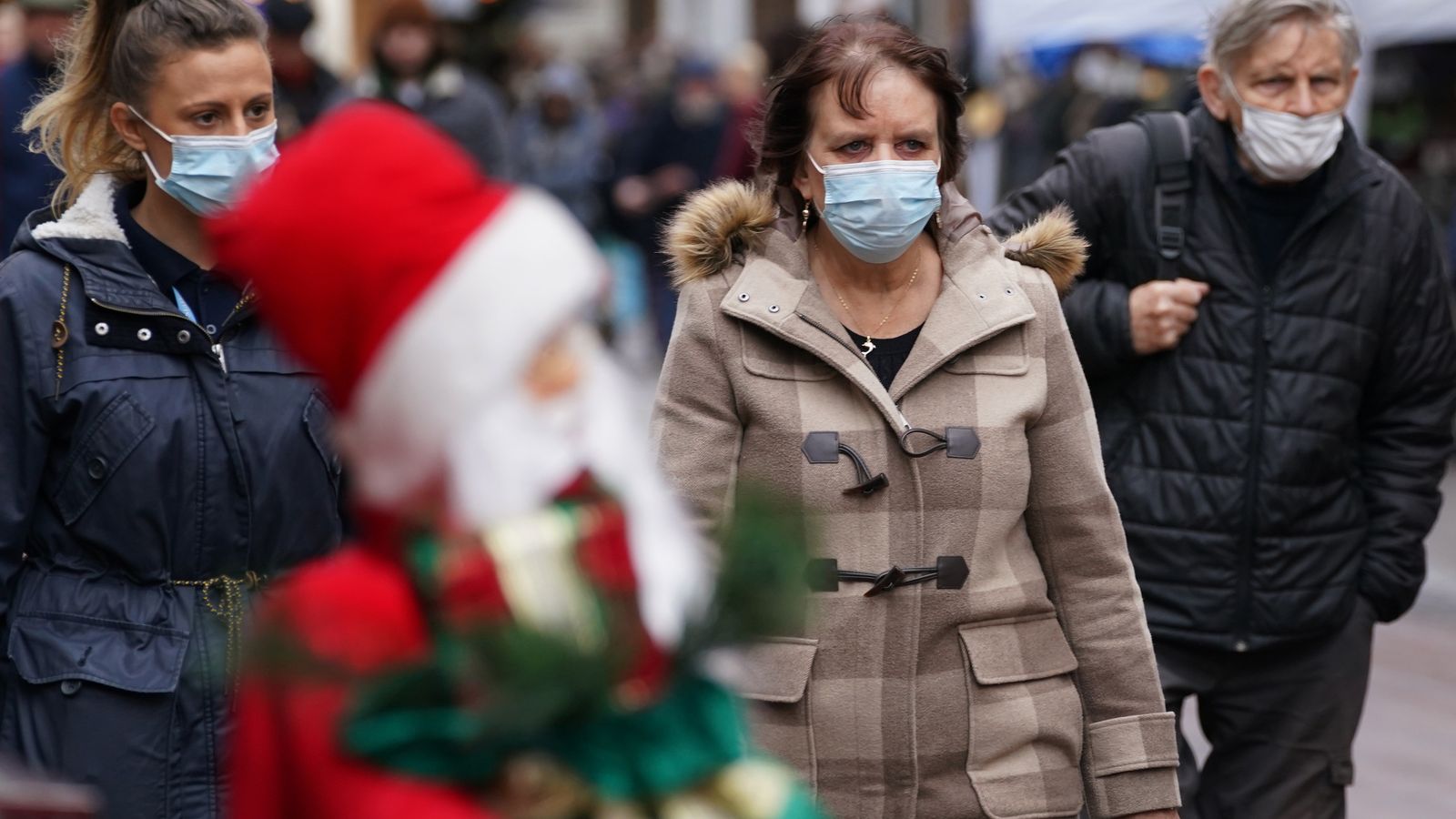 Ministers are facing a backlash from business over fears of the UK sliding into “lockdown by stealth”.

The Confederation of British Industry (CBI) and pub chain Wetherspoons both used the term as they warned over the indirect impact of Plan B restrictions and rhetoric being used by officials about the pandemic.

Tony Danker, the CBI’s director-general said the economy should “remain as open as is feasibly safe to do so in the coming weeks”.

He urged an end, as soon as possible, for working from home guidance that is piling pressure on city centre pubs and shops.

Meanwhile, the chief executives of airlines including British Airways, Virgin Atlantic and easyJet wrote to the prime minister accusing the government of a “haphazard and disproportionate approach” and calling for emergency testing regimes to be halted.

Guidance designed to tackle the spread of the Omicron variant, including working from home, came into force on Monday alongside a big expansion of the vaccine booster programme.

The CBI said the government should build on the booster upgrade “by doubling down on other confidence boosting measures – promoting mask wearing and daily testing – to ensure the UK doesn’t oscillate towards ‘lockdown by stealth’.”

Mr Danker said working from home guidance should be reversed “as soon as it is safe to do so”.

He added: “The bar should be high when it comes to any new restrictions on economic activity beyond Plan B.

“The government rightly must act when new data comes to light.

“But we are concerned that the rhetoric from some in government risks instilling a lockdown mentality when in actual fact the proposed measures are far short of that.

“The result is a double whammy to firms who see demand fall without any commensurate support.

“We must beware of unintended consequences to the economy.”

He called for the government’s 5 January review to be used “to identify a new regime drawing on testing, COVID secure workplaces and antivirals, to outline its intention for ending the push to work from home”.

The call was echoed in a letter signed by the bosses of British Airways, Virgin Atlantic, easyJet, Ryanair, Tui, Loganair and Jet 2 as well as industry body Airlines UK.

They said: “Pre-departure and upon-arrival testing clearly add very little value to our COVID protection, but unnecessarily disrupt Christmas for families as well as businesses while severely damaging the UK travel industry.”

The letter called for all emergency testing for fully vaccinated passengers to be removed at the first opportunity on 20 December as well as economic support to help the industry survive the crisis.

Wetherspoons warned that the uncertainty over the government’s plans was making it hard to forecast its trading outlook and that its half-year profits could be wiped out.

Chairman Tim Martin said: “The repeated warnings and calls for restrictions, mainly from SAGE members and academics, combined with arbitrary changes of direction from the government, invariably at short notice, affect customer sentiment and trade.

“In effect, the country appears to be heading towards a lockdown by stealth.”

Data from retail experts Springboard appeared to suggest that Omicron worries were already beginning to have an effect on footfall last week even before Plan B measures were imposed.

It said a hoped-for pre-Christmas boost in shopping visits failed to materialise, with footfall down by 1.1% on the week before.

Weather was partly to blame but Springboard’s central London “back to the office” benchmark recorded a 5.3% decline.