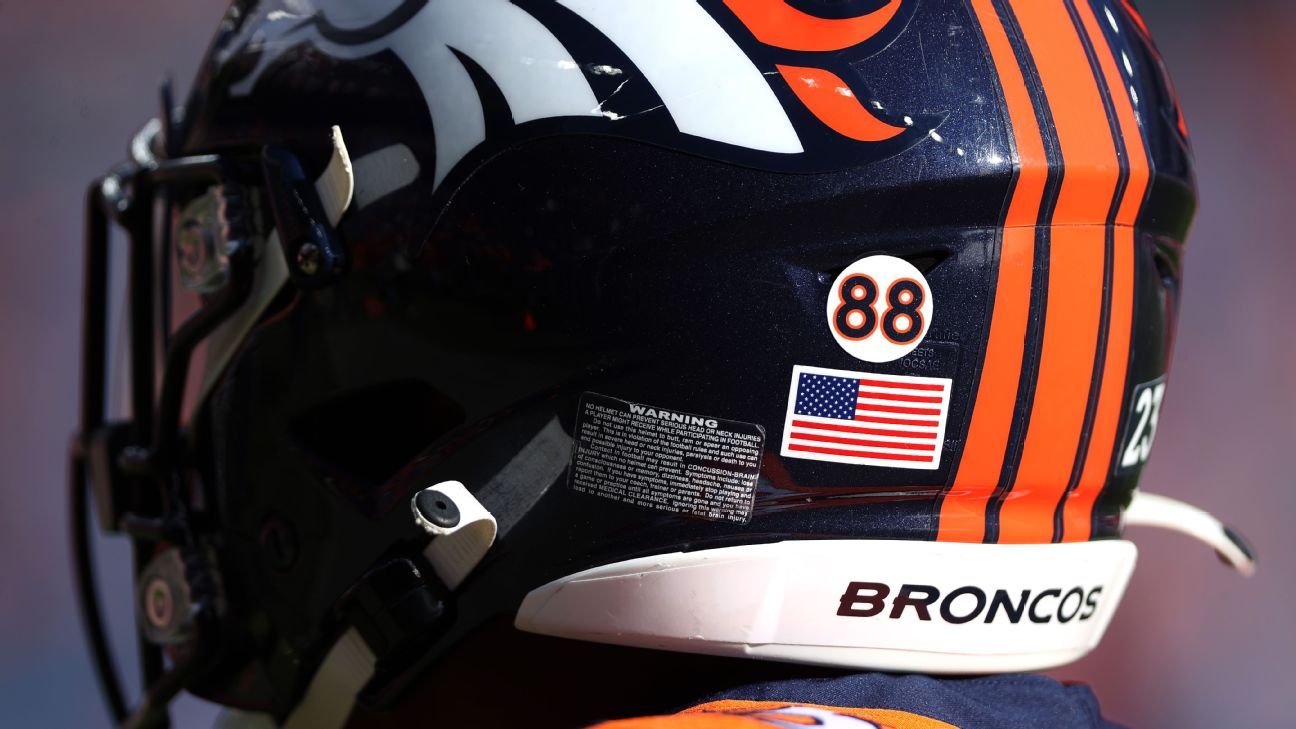 DENVER — The Broncos lined up with 10 players in the formation on their first play from scrimmage Sunday in their game against the Detroit Lions to honor former wide receiver Demaryius Thomas, who was found dead this week at age 33.

On a first-and-10 from the Denver 25-yard line to open the game, the 10 players stood motionless and waited for the play clock to wind all the way down. They were assessed a delay-of-game penalty that the Lions quickly declined.

The crowd cheered loudly, some chanting “D-T” before the play clock ran out.

Thomas, who would have turned 34 on Christmas, was found dead in his home in Roswell, Georgia, on Thursday. Police said Thursday night that preliminary reports were that Thomas’ death may have resulted from a medical issue.

Thomas had officially announced his retirement from the NFL this past June.

Broncos coach Vic Fangio had said after Friday’s practice the team would “be ready to pay tribute to him Sunday.”

The Broncos’ players wore helmet decals for the game with Thomas’ No. 88 and there was a moment of silence pre-game as well as a video tribute.

Thomas was the first of two first-round picks for the Broncos in the 2010 NFL draft — Tim Tebow was the other — and spent nine seasons with the Broncos and finished his career as the team’s second-leading receiver (9,055 yards), behind only Rod Smith. He is third in franchise history in catches (655) behind Smith and Hall of Famer Shannon Sharpe.

Long Johnson is still plaguing the Tories – Sunak needs to take decisive action | Adam Boulton
Everyone’s watching Meta’s earnings report for a hint at how online ads are doing
Amid chaos and uncertainty, U.S. takes the long view
No 10 insists UK economy is strong despite IMF warning it will fare worse than any other in developed world – including Russia
UK economy to fare worse than any country in developed world, including Russia, this year – IMF