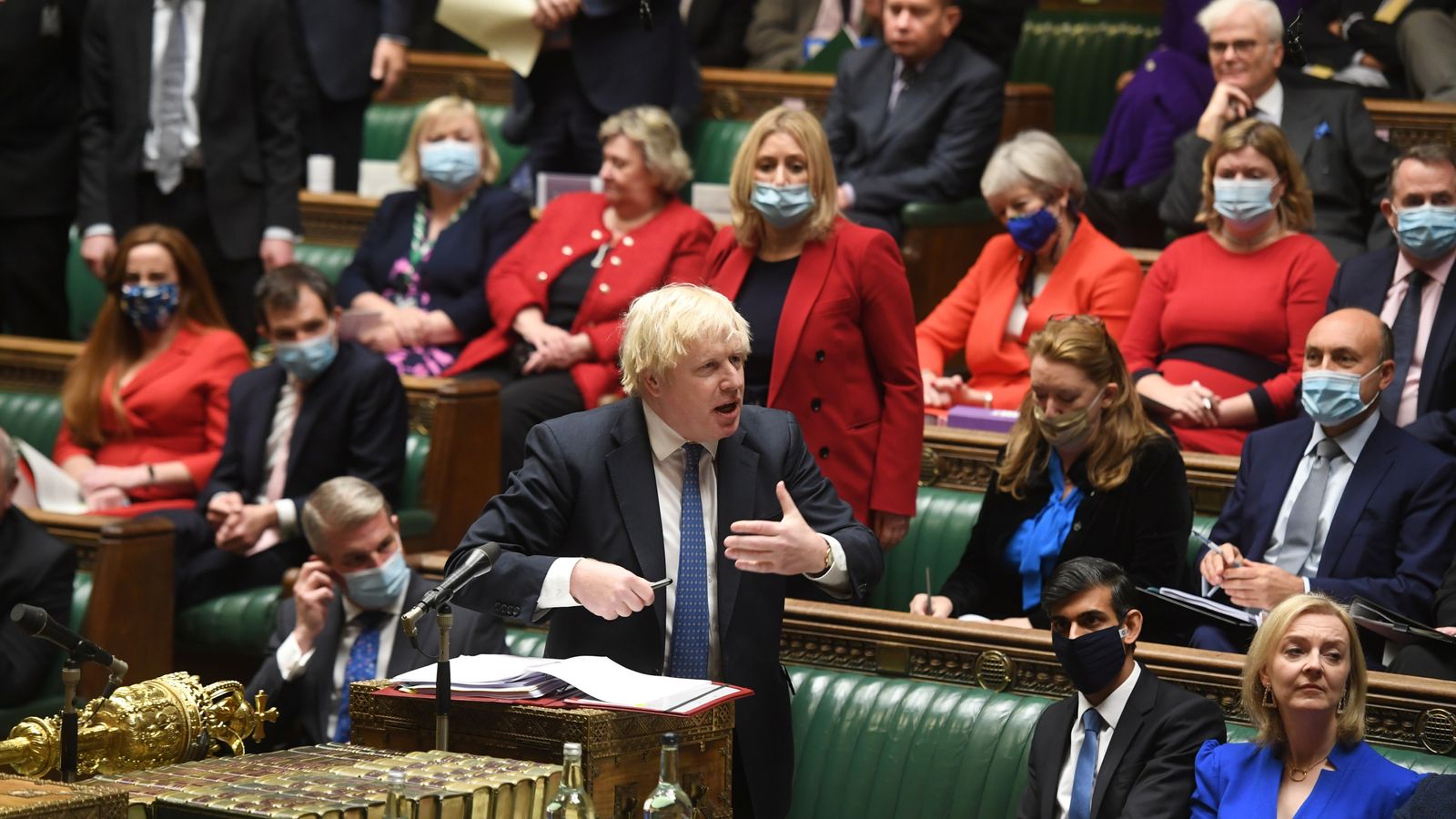 There are likely to be 75 Conservative MPs who rebel against the government’s Plan B COVID restrictions, Sky News can reveal.

The 75 likely rebels are expected to vote against or abstain from the vote on Wednesday to push through regulations on masks being worn in most indoor places, the work from home mandate and vaccine passports for large events, as well as compulsory vaccinations for NHS frontline staff.

They could vote against one, or even all four, of the votes taking place but the restriction most have a problem with is the vaccine passports.

What is Plan B and why is the government re-introducing restrictions?

‘Responsible thing to move to plan B’ – Johnson


It will be the worst rebellion against Boris Johnson‘s government since he became prime minister in 2019 and would be enough to defeat the government, which has an 80-seat majority.

However, because the Labour Party has said it is in support of Plan B, the restrictions are set to be voted through at 6.30pm on Tuesday.

All parts of Plan B, apart from the vaccine passports, have already come into play but if they were voted against then they could be removed.

The mandatory vaccination for frontline NHS staff is set to come into force from 1 April next year.

Chair of the influential backbench 1922 Committee Sir Graham Brady has also said he will rebel after calling the restrictions “self-defeating, dystopian logic”.

And more than 20 Conservative MPs newly elected in 2019 have said they will vote against the restrictions, including four from the “red wall”, which saw traditional Labour seats turning Tory.

Mr Johnson appealed to backbench rebels to recognise there was “no room for complacency” when it came to the Omicron variant.

He said he hoped “colleagues in Westminster will also see that the measures we’re putting in place are balanced and proportionate”.

Many of the Tory rebels are concerned vaccine passports, which will be needed for nightclubs and big events, will then be needed to enter other places such as restaurants and shops.

There is also growing concern over mandatory vaccination, despite Health Secretary Sajid Javid ruling it out for the general population.

The rebellion will take place as Mr Johnson’s popularity plunges, causing yet another headache for the PM.

He is also embroiled in a scandal over Downing Street Christmas parties alleged to have happened last December when London was under Tier 2 and 3 restrictions so households were not meant to mix indoors.

Last month, Mr Johnson faced a rebellion – albeit not as large – after Tory MPs were whipped to reject suspending Owen Paterson for breaching lobbying rules.