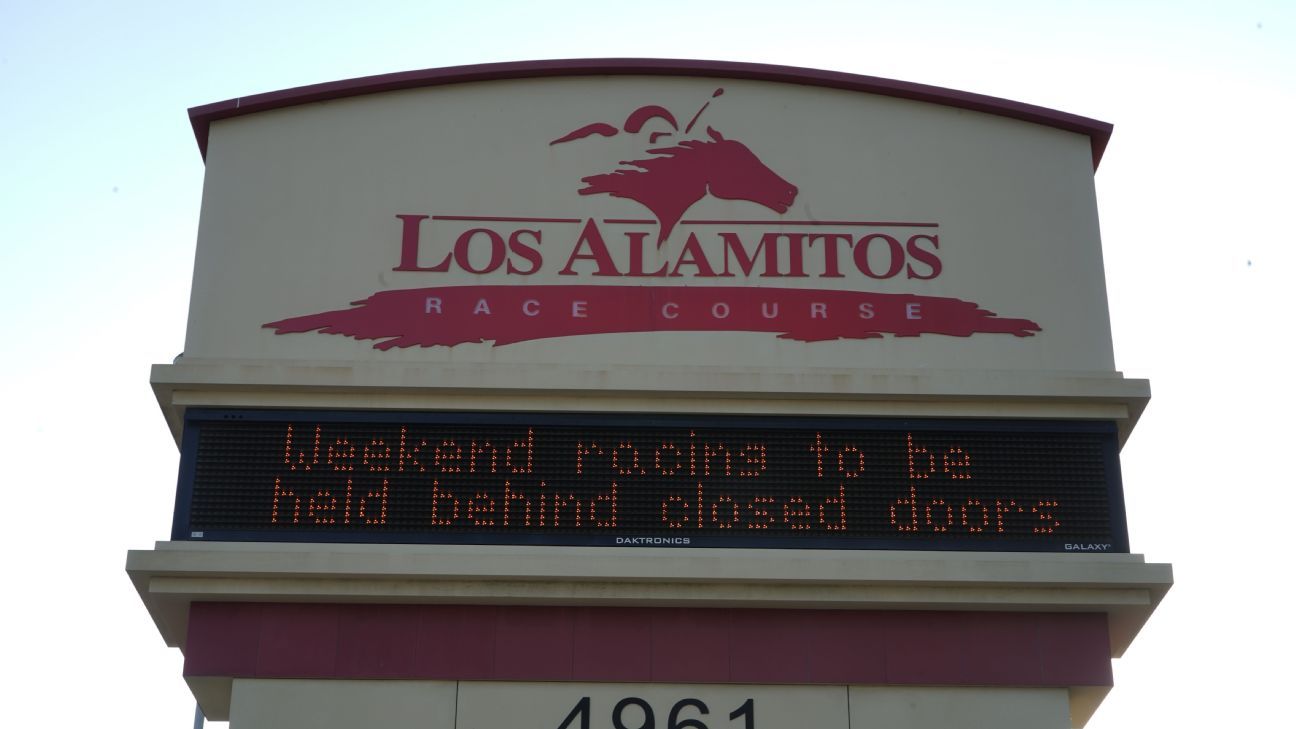 Messier, who won his two previous races by a combined 10 lengths, paid $2.10 to place. He finished nine lengths ahead of stablemate Barossa. Both are trained by Baffert, who had won the Futurity every year since 2014.

Durante was fourth and Olympic Legend fifth. There was no show wagering because of the small field.

Trained by Doug O’Neill, Slow Down Andy took over the lead early in the stretch, then gave it up to 1-2 favorite Messier when he lugged in. But Slow Down Andy regained his momentum and went on to the win.

Winning owner J. Paul Reddam suggested to O’Neill that he enter Slow Down Andy in the Futurity rather than run in the $100,000 King Glorious Stakes on Sunday.

“I think everybody thought I was nuts, but they didn’t have the nerve to say so,” Reddam said. “He’s showed us from the beginning he’s a nice horse.”

O’Neill said he would have chosen Sunday’s race for Slow Down Andy’s third career start.

“This was strictly Paul wanting to take a chance and having faith in Slow Down Andy and thank God he did,” the trainer said. “Down the stretch it looked like we had it, then we didn’t and then we did, so it was very exciting.”

Baffert won three other races on Saturday’s card at the Orange County track.