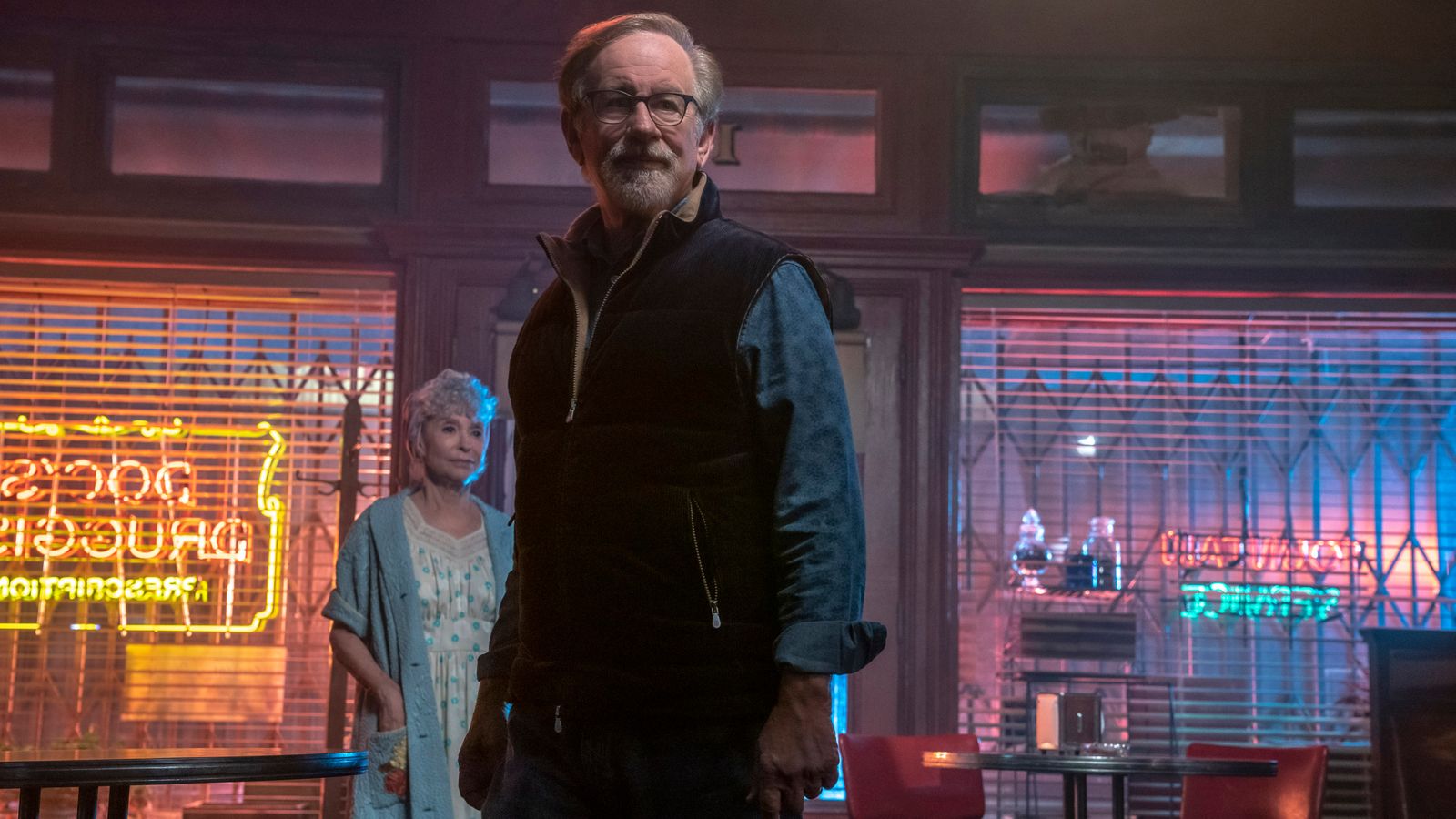 Sixty years after West Side Story was first adapted for the screen, legendary director Steven Spielberg has re-made the film for a modern audience.

When the musical was written in 1957, it was a version of Romeo and Juliet which reflected issues of the time around gang warfare, racial divisions and injustice.

“It’s not sad that love is still relevant, which it is, but love and hate, division, community, misunderstanding or refusal to listen – there are so many things that West Side Story knew about and reflected on in society in the 1950s that has even become more relevant and sadly more divided today,” the director told Sky News.

He says while he always wanted to remake the film, he never really had a plan as to how or when it would happen.

“I’ve always thought that there was room, that there was a place for us, in a sense to basically reimagine West Side Story for the generation that may not have even heard of West Side Story and may need to, you know, share some of the values and some of the drama and all the great music and certainly the great intentions of the original creators of the Broadway show,” Spielberg said.

“And then I made that first phone call.”

Determined to find a credible cast, Spielberg spent a year doing open-casting calls around the world.

For newcomer Rachel Zegler, picked to take on one of musical theatre’s most iconic roles, it was a chance to right some of the casting wrongs of the past.

“The fact that we’re able to usher this musical into a new generation is such an honour,” she explained to Sky News.

“And to add authentic casting, to take a huge leap forward in the vast conversation around representation in Hollywood, it’s an honour that’s not lost on any of us.”

Her co-star Ariana DeBose plays Anita – the role Rita Moreno won an Oscar for when the first film adaptation came out.

The actress says she wasn’t sure about the part at first: “To be perfectly frank, I never saw an Anita who looked like me.

“I mean, Debbie Allen did do a stage production, right? But you know, Rita Moreno does not look like me, and you know, most of the Anita’s that we have seen they are white-presenting.

“So I was like, oh, well, maybe that’s just how we are defining this character.”

Winning the role has changed that perception – and much more.

She added: “Ultimately getting the part and having the experience of making the movie, I ended up finding acceptance within my community.

“I feel more myself and in my body now as a result of this gig.

“What a wild thing, to find that in the context of your work and in your art, it’s very special.”

West Side Story is just the latest in a string of musical theatre adaptations to arrive on the big screen this year.

Film critic Scott J Davis said it perhaps speaks to audiences in need of a distraction.

“This year, and in the last few years, they’ve seen a big boom – things come in cycles.”

“Look at superhero movies: In the 90s, 2000s, there wasn’t too many, and then all of a sudden there’s an explosion of superhero movies, I think musicals are just going through that regeneration again.”

As the man who brought us Jaws, E.T., and Schindler’s List – Spielberg is perhaps an unexpected musical director, and says as it stands, this is a one-off

“I don’t have any plans beyond West Side Story in this particular medium,” he admitted.

“I’m so happy with everybody’s work on this, I’m happy with my own work on this, this was a lifelong dream come true for me, it began when I was 10-years-old and first heard the original Broadway cast album.”

“I don’t see anything in the future, I’m not even quite sure if I’m ever going to get over how much fun I had making West Side story.”

The timing of the film’s release feels poignant following the death of Steven Sondheim who wrote the lyrics to the music in the movie.

And with overwhelmingly positive reviews from critics, it’s likely this adaptation could see Spielberg dancing away with prizes come awards season.