Omicron coronavirus cases have surged by as much as 400% in some parts of South Africa – although the country’s health ministry has said there is mounting evidence the variant causes milder infection.

South Africa reported more than 22,000 new infections on Thursday, a record during the fourth wave but still below the more than 26,000 daily cases seen during the peak of the Delta variant.

Health Minister Joe Phaahla said Gauteng Province had seen a “very significant” increase in COVID-19 cases of “more than 400%” in the week of 4 December 2021 compared to the previous seven days – with hospital admissions up by 200%.

He added the Omicron strain had fuelled the surge and said: “While there is an increasing rate of hospitalisations, it may be due to overall big numbers of infections.

“It looks like it is purely because of the numbers rather than as a result of any severity of the variant itself.”

Of those admitted to hospital, 70% were unvaccinated – however, it is worth noting South Africa has a relatively low rate of vaccination, with just over 25% of the population fully jabbed.

By comparison in the UK, 81% of adults have had both doses of a vaccine.

Glenda Gray, president of the South African Medical Research Council, said: “We are seeing this vaccine is maintaining effectiveness.

“It may be slightly reduced, but we are seeing effectiveness being maintained for hospital admissions and that is very encouraging.”

Young people in South Africa aged 18 to 35 have the lowest rate of vaccination in the country – with less than 30% having had jabs.

“The young adults are not coming up in good numbers and we want to urge them to not listen to what they read on social media, all the anti-vax stories,” said Mr Phaahla.

He said figures showed that “those who are vaccinated are much better protected”.

Omicron variant ‘as bad news as you can possibly get’ for Christmas, leading scientist says

South Africa will offer booster doses of the Pfizer and Johnson & Johnson vaccines to people six months after they receive their second dose, with the first people becoming eligible next month.

Although early information does appear to suggest the Omicron variant results in less severe disease, it also seems to be far more transmissible than the Delta strain.

Mr Phaahla said the R rate in South Africa now stands at 2.5: “Which is higher than it was at any point in the pandemic.”

The R number indicates the average number of people each COVID-positive person goes on to infect. 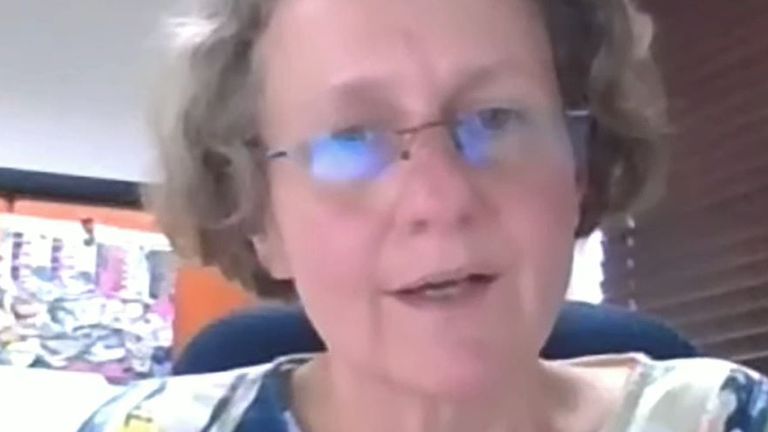 ‘Reinfection increase with Omicron worries us’

An R number of 2.5 means every 10 infected people will, on average, pass the virus on 25 others.

The new variant was first detected by researchers in Southern Africa at the end of November.