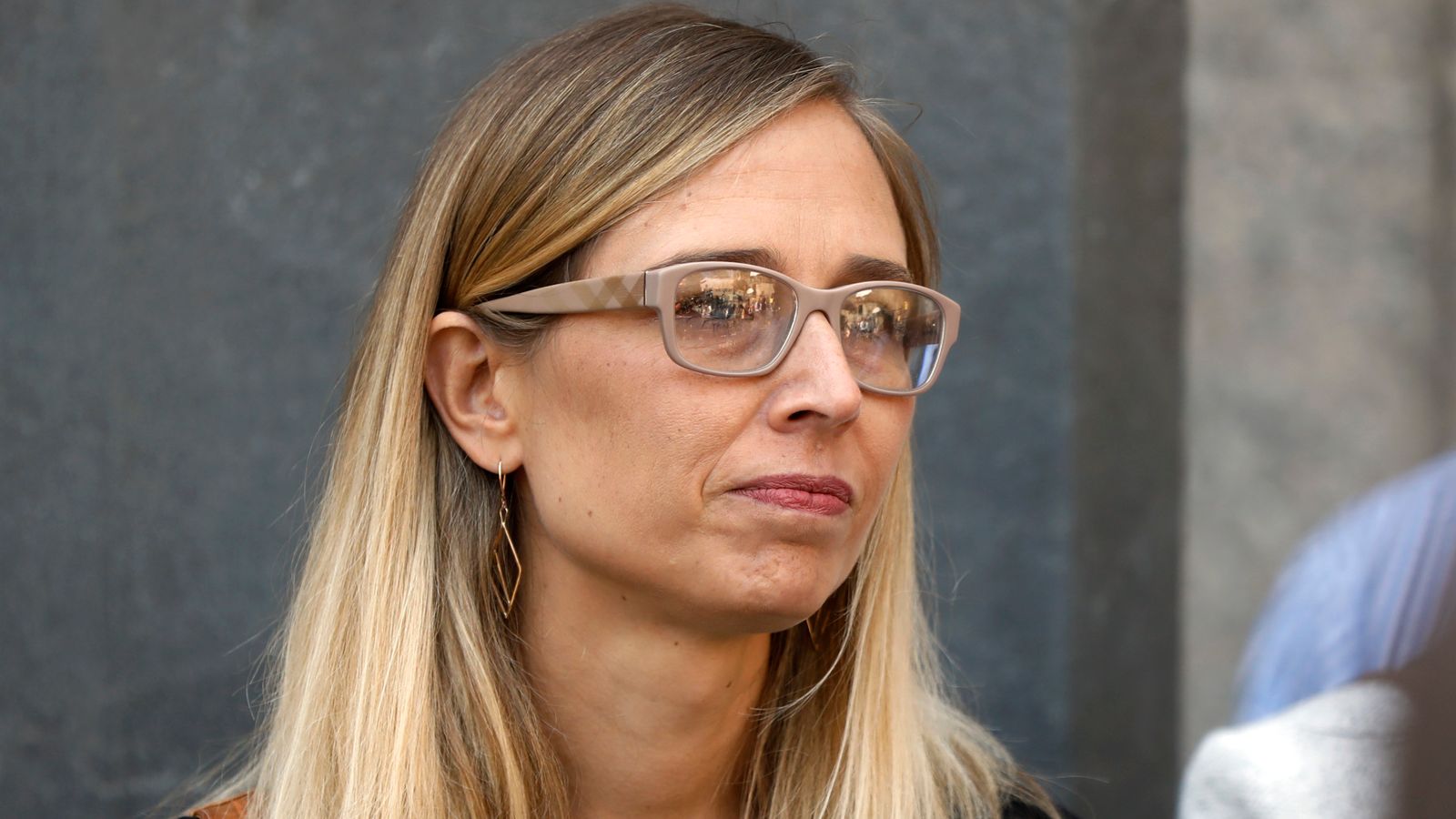 Ghislaine Maxwell’s fourth accuser has recalled the moment she was left “frozen” after the British socialite allegedly told her to undress and massaged her breasts.

Warning: This report contains graphic descriptions of alleged sexual abuse of a child.

Annie Farmer, who is the only one of four accusers to give evidence under her full name, has testified that Maxwell and Jeffrey Epstein forced themselves on her when she was 16.

Ms Farmer told a federal court about a 1996 visit to the disgraced financier’s New Mexico ranch where Maxwell rubbed her breasts and Epstein climbed into bed with her, and another incident in New York where he rubbed her shoe in a cinema.

Maxwell, a former girlfriend of Epstein, is on trial in New York facing eight charges, including six counts of enticing minors and sex trafficking, all of which she denies.

“Caressing” her hand and “rubbing” her shoe

Ms Farmer, now 42, told the court that before even meeting Epstein, he bought her a plane ticket to visit her sister Maria, who was one of his employees at the time, in New York in 1995.

She recalled meeting him on the trip and sitting next to him in a cinema, where he reached for her hand and started “caressing” it before “rubbing” the bottom of her shoe, foot, and leg.

“I felt sick to my stomach,” she said.

The trip to New Mexico, meeting Maxwell and Epstein wanting to ‘cuddle’

Ms Farmer, who now works as a therapist, told the court that Epstein paid for a flight for her to go to his New Mexico ranch in 1996.

She said she was “eager not to go” but had been told Maxwell would be there, which made her feel “more comfortable”.

She recalled feeling “special”, being taken shopping where she was bought a pair of cowboy boots, and going to the cinema.

Asked if there were any other things she remembered from the trip, Ms Farmer said: “The other memory I have is being in bed in the morning and suddenly Epstein opened my door in this playful way and said he wanted to cuddle, and climbed into bed with me and reached his arms around me and pressed his body into me.”

She said she made an excuse to go to the bathroom, adding: “I wanted to be in there long enough that hopefully, this whole situation would be over.”

‘She told me to get undressed’

While at the ranch, Ms Farmer said “it was decided that I would give Epstein a foot massage”.

“Maxwell wanted to show me how to rub his foot because that was something she thought I should learn how to do,” she said.

“I felt very uncomfortable – I didn’t want to be touching his foot. I wanted to stop and I was hoping it would be over quickly.”

Ms Farmer recalled how, after a conversation about massages, Maxwell said she “would be happy” to give her one before telling her to “get undressed”.

“She started rubbing my body and rubbing my back and my legs and she’s making small talk, and at some point during the massage she had me roll over so I was lying on my back,” she said.

Ms Farmer said she felt “frozen” and “surprised”, adding: “I wanted so badly to get off the table and have this massage be done.”

The prosecution has now rested its case and the trial will continue next week.