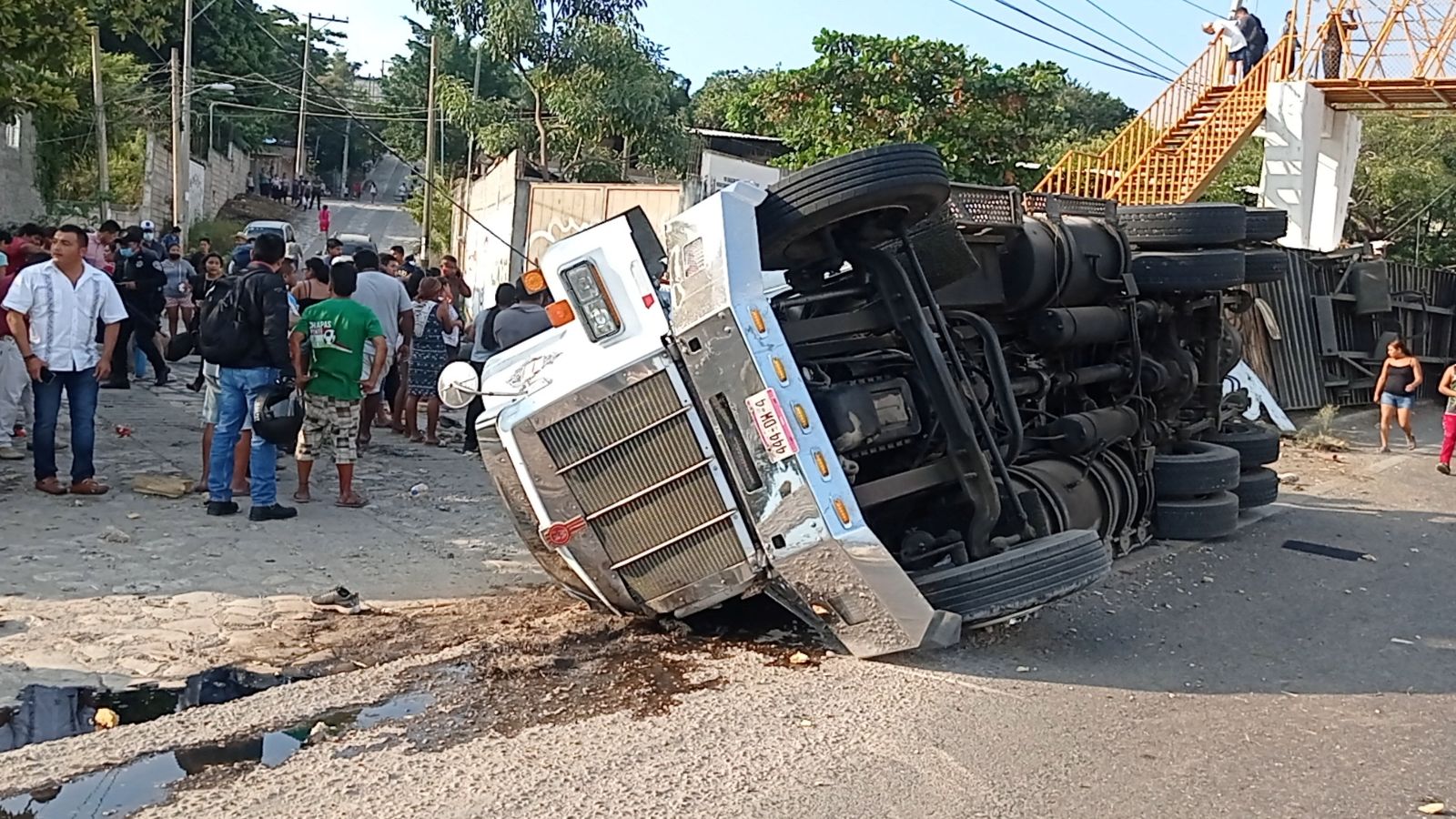 At least 53 people are dead and dozens more injured after a cargo truck carrying people thought to be migrants destined for the US crashed in southern Mexico.

Video footage of the incident – one of the worst accidents to involve migrants risking their lives to reach America – showed the truck overturning as it hit a bend in the city of Tuxtla Gutierrez.

The crash occurred on a highway leading toward the Chiapas state capital.

The Attorney General’s office put the death toll at 53 which includes women and children. More than 100 people were travelling inside the trailer, authorities said.

Several dozen people were injured and taken to hospitals across Chiapas, a state which borders Guatemala.

The victims appeared to be immigrants from Central America, though their nationalities had not yet been confirmed.

Luis Manuel Moreno, the head of the Chiapas state civil defence office, reported that some of the survivors said they were from the neighbouring country of Guatemala.

“The trailer couldn’t handle the weight of people,” a witness said.

“It took a bend, and because of the weight of us people inside, we all went with it.”

Images from the scene showed injured people splayed out on tarps on the ground and rows of what appeared to be bodies.

It was one of the worst single-day death tolls for migrants in Mexico since the 2010 massacre of 72 migrants by the Zetas drug cartel in the northern state of Tamaulipas.

Migrants fleeing poverty and violence in Central America typically trek through Mexico to reach the US border.

Although some opt to travel in large trucks organised by smugglers in extremely dangerous conditions.

Last month officials found 600 people hidden in the back of two trucks in eastern Mexico.

Record numbers of people have been arrested on the US-Mexico border this year as migrants seek to capitalise on President Joe Biden’s pledge to pursue more humane immigration policies than his hardline predecessor, Donald Trump.

Paying Twitter users can now write longer tweets, but news overshadowed by technical glitch
A vital EV battery nickel product will be made in the US for the first time
Uber beats estimates and the stock is up
King’s stamp unveiled by Royal Mail – and there’s one big difference from the Queen’s
There’s a buzz about green hydrogen. But pink, produced using nuclear, may have a huge role to play too