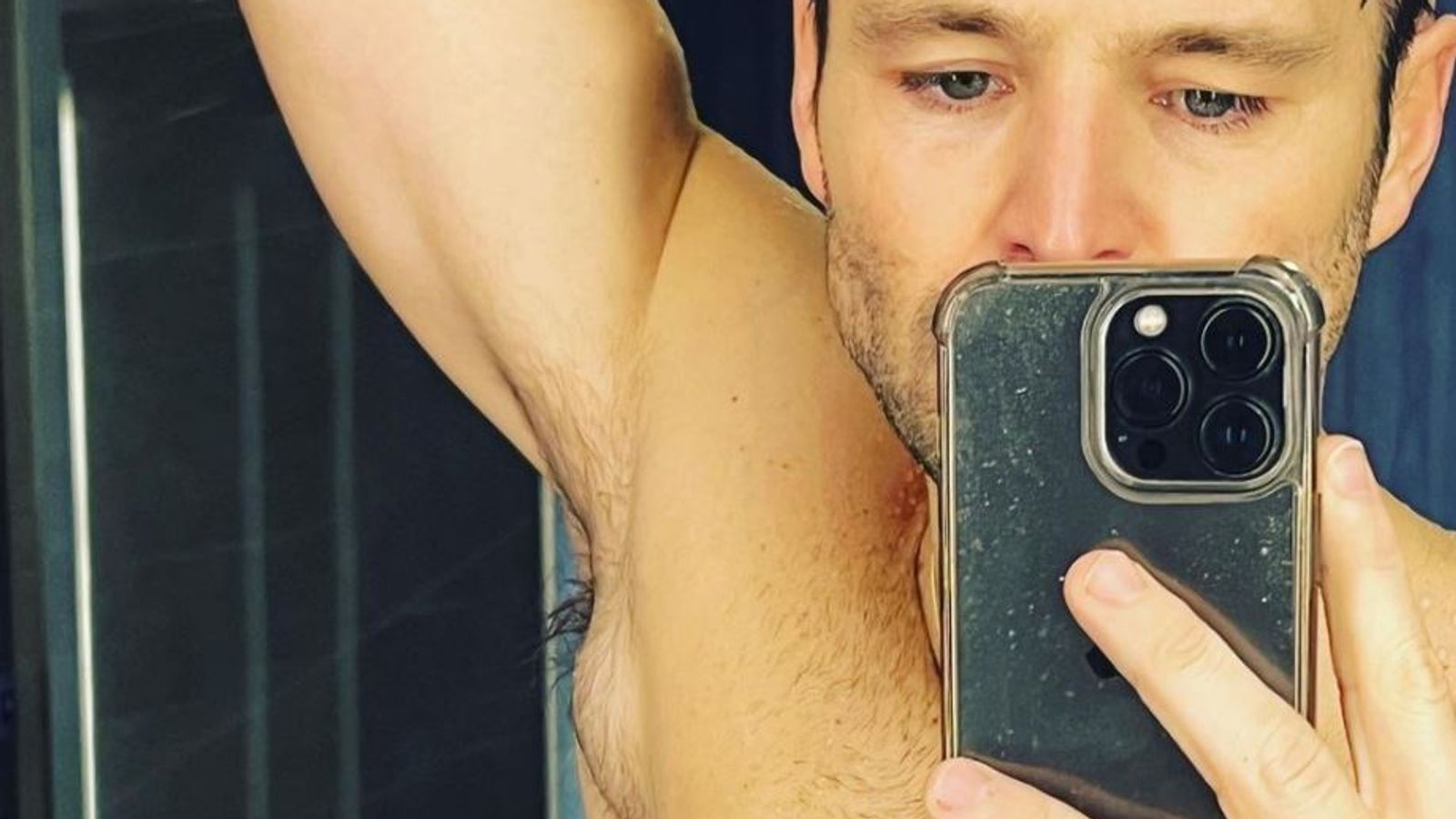 Former TOWIE star Mark Wright has revealed he’s had a 12cm tumour removed from near his armpit.

Wright, 34, posted pictures of the lump and of himself recovering in hospital after Thursday’s operation.

He said he was not sure whether to reveal his health scare, but decided to share to help others who may have similar worries.

Wright, who’s married to actress Michelle Keegan, posted on Instagram about how he was told at first not to worry.

“I saw a doctor who passed it on as ‘a fatty lump that doesn’t need any treatment’ so I just left it,” he said.

“After some time the lump grew and began to bother me. I am someone that when it comes to life in general, I leave no stone unturned. When it involves health, this idiom quadruples.”

Wright said he got a second opinion and the doctor was certain it was a lipoma – a benign fatty tumour – but that “he had a tiny bit of concern that it has/could turn in to a sarcoma (a cancerous malignant tumour)”.

After an MRI scan the consultant still “did not want to rule out the worst because of the speed and the size of the growth”.

He moved on to a sarcoma specialist, who saw the scans about 10 day ago, with Wright telling his 1.8 million followers “today I was in theatre having this little git removed”.

“His fast and incredible turn around was due to the fact he did not want to leave it any longer and wanted it out to prevent the rare risk of a LIPOMA turning into a sarcoma overtime,” said Wright.

“He also could not 100% confirm by the MRI that this was definitely a benign tumour and not something more sinister.

“The tumour will be sent off for further testing just to be 110% sure but this top doctor is certain from his incredible experience that we have done the job and there is nothing sinister to worry about. So I’m all good.”

Wright posted an image of the lump he had removed next to a ruler and urged his fans to get any health concerns checked immediately.

“If you notice anything that doesn’t look or feel quite right. Don’t leave it,” he wrote.

“Nothing in life is more important than your health and well-being. Get checked, check yourself and make sure you take good care of yourself.”

Affirm cuts 19% of workforce; shares tank on earnings miss
Weekend Project: I added a solar panel to my electric mini-truck to charge from the sun
‘Greenwashing’ is a good thing, according to one renewable energy tycoon
Westminster’s ‘nepo babies’ are here to stay – whether we like it or not | Adam Boulton
Sunak sets out yet more priorities with reshuffle – the public will wait to see what’s delivered