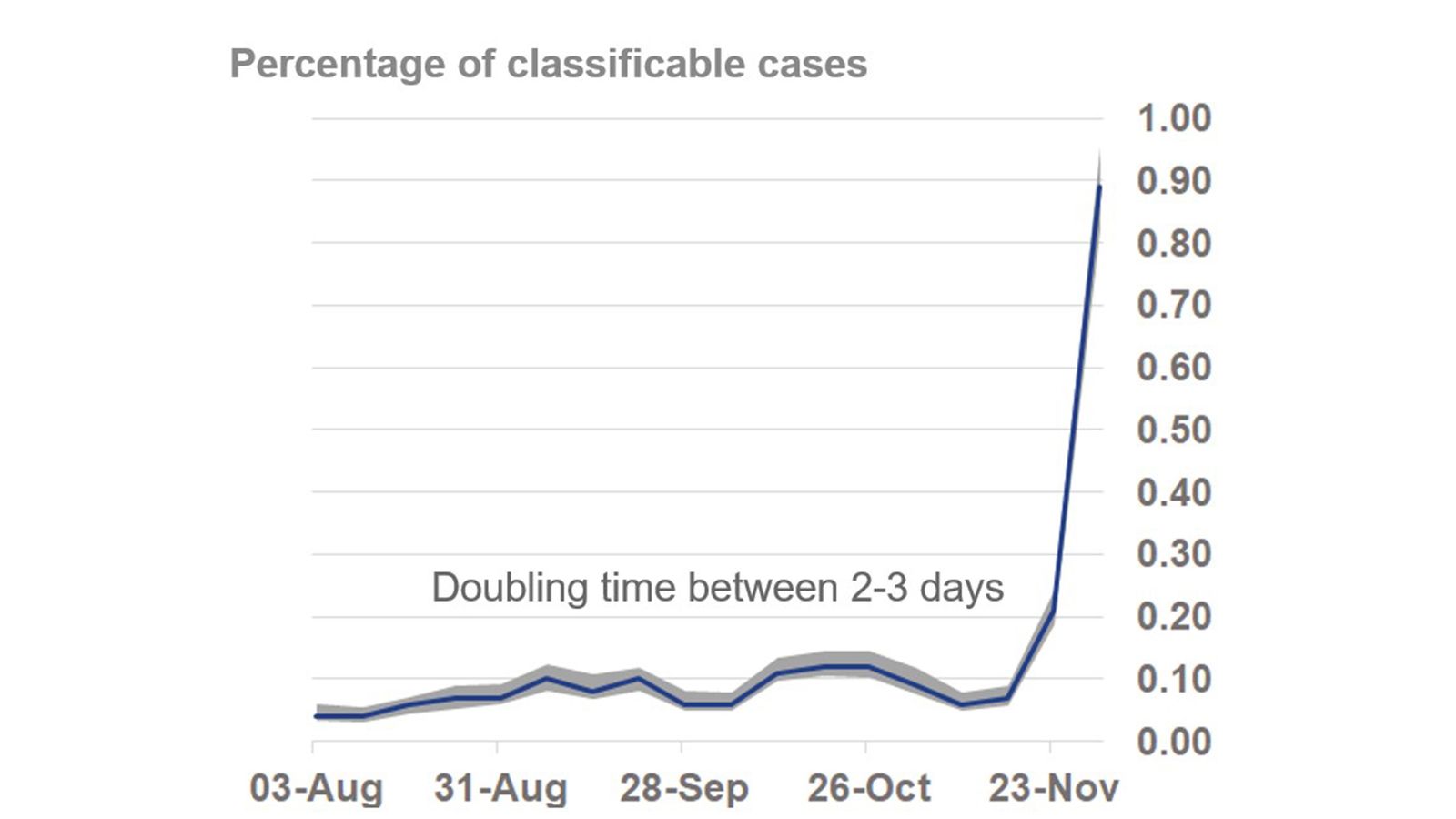 Boris Johnson has warned the Omicron COVID variant is “growing much faster” than Delta and its doubling rate could be between two and three days.

Speaking during a Downing Street news conference, where he also announced the introduction of Plan B restrictions in England, the Prime Minister said Omicron’s “severity, its exact rate of transmission or indeed the full effectiveness of our vaccines against it” are still unknown.

“We are learning more every day… but since I last spoke to you it has become increasingly clear that Omicron is growing much faster than the previous Delta variant and it’s spreading rapidly all around the world.”

Live COVID updates from the UK and around the world 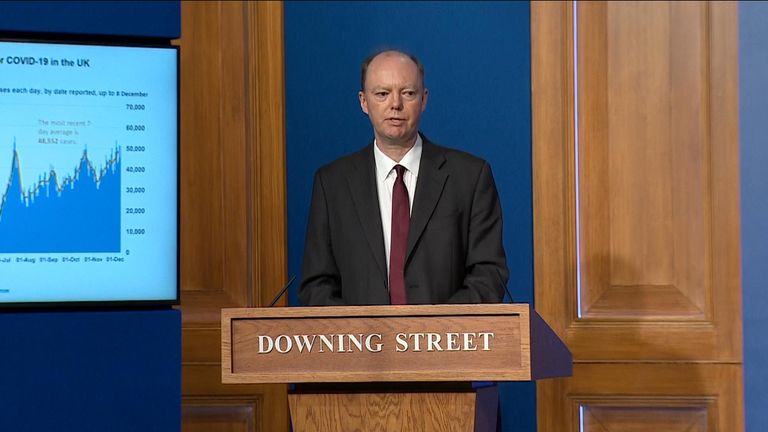 A total of 568 cases of the new variant have been confirmed in the UK, but Mr Johnson said “the true number is certain to be much higher”.

“Most worryingly there seems to be evidence that the doubling time of Omicron in the UK could currently be between two and three days,” he said.

The UK Health Security Agency said in a statement: “If the growth rate and doubling time continue at the rate we have seen in the last two weeks, we expect to see at least 50% of COVID-19 cases to be caused by the Omicron variant in the next two to four weeks.”

“The risk assessment also suggests that Omicron displays a reduction in protection offered by having had a previous infection or vaccination,” it added.

During the news conference, England’s chief medical officer Chris Whitty presented a slide that showed the rates of Omicron cases in the country.

He explained the percentage of cases with what is called S-gene target failure, which is a marker for Omicron, is “going up incredibly fast now”.

The doubling time is the period it takes for the number of cases to double in size.

“That is an extraordinarily fast rate and you can therefore get from very small numbers to very large numbers quite quickly,” he added.

What is Plan B and why is the government introducing restrictions again?

Hospitalisations will go up in “probably two to three weeks”

At the moment, the spread of Omicron is in “younger people”, Prof Whitty said, adding that “once it starts moving up the ages and into vulnerable groups” the country will see an increase in the number of people hospitalised with the variant.

“We would therefore not expect that the case rates in hospitals will start to go up for probably two to three weeks and in that period, if you are doubling up at the speed we are talking about now, we move from very small numbers to very substantial numbers and it will keep on doubling,” he said.

COVID-19: England moves to Plan B

“We are facing a viral variant”

Answering a question from a reporter during the news conference, chief scientific adviser Sir Patrick Vallance urged people to follow the new COVID measures as the UK is now “facing a viral variant” that is “rapidly progressing”.

Warning of ‘significant job losses’ at Asda as it faces potential strikes over ‘efficiency’ plans
Chancellor to dismiss ‘gloom’ about economy – but set to resist calls for tax cuts
$6.6 billion fintech Wise accused by rival of harming competition
‘Heart goes out to loved ones’ – 10 people killed in gun attack near Los Angeles
Speakers call for overhaul of All-Party Parliamentary Groups