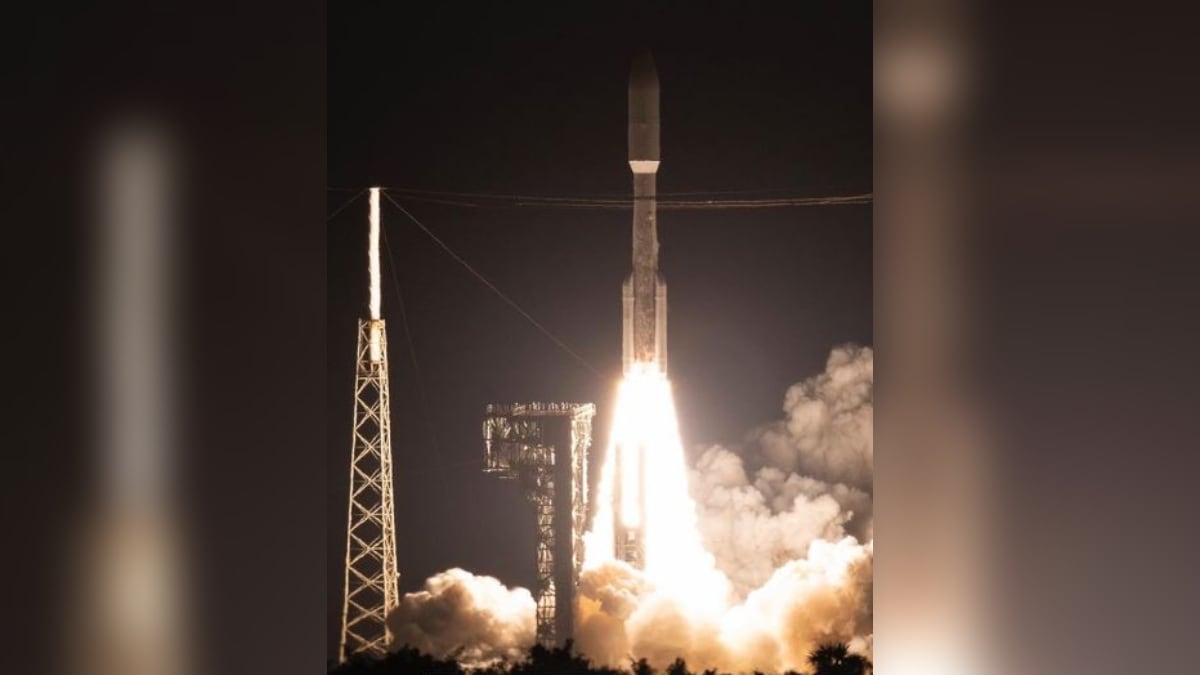 NASA’s new laser technology is finally space-bound. After much anticipation and a two-year delay, the Laser Communications Relay Demonstration (LCRD) was launched today (December 8) at 5:19am EST. According to NASA’s social media updates, the LCRD was launched from Cape Canaveral Space Force Station in Florida on an Atlas V rocket of the United Launch Alliance. NASA also explained why this new technology was important. It said, “LCRD will showcase the unique capabilities of optical communications which increases bandwidth for communicating data in space while reducing size, weight, and power requirements.”

LCRD is part of the Space Test Program 3 mission, which is a joint venture between the US Space Force and NASA. “This new way of communicating with spacecraft could expand the possibilities of what we could learn from future missions across the solar system,” NASA wrote on Instagram.

LCRD will start its operations in a geosynchronous orbit about 22,000 miles above Earth. From there, it will establish space-to-ground laser communications with ground stations based in Hawaii and California. Scientists have further plans for laser communications technology. The caption on the Instagram post read, “Later in its mission, LCRD will receive and transmit data from an optical terminal that we will place on the International Space Station.”

A few days ago, NASA had stated that the technology will allow them to send 10-100 times more data as compared to radio frequencies. It will also prevent overcrowding of the radio frequency spectrum, which has happened over the past few decades. This problem increased as constellations of satellites in the low Earth orbits increased rapidly.

In a previous announcement, NASA was certain that the delay of the mission wouldn’t have too many adverse effects. In fact, investigators believed that the LCRD is perfectly scheduled to benefit the Artemis manned Moon-landing mission, scheduled for 2025.

Bill Gates says Elon Musk’s ambition to colonize Mars is not a good use of money
‘I’m lucky and grateful’: Salman Rushdie shares picture of himself after first interview since brutal attack
‘Caught in the glare of ageism and misogyny’: Madonna hits out at Grammys critics
Daly, Mayweather team up for Daytona 500 run
Princess Diana’s marriage to Charles was ‘essentially arranged’, says Jemima Khan