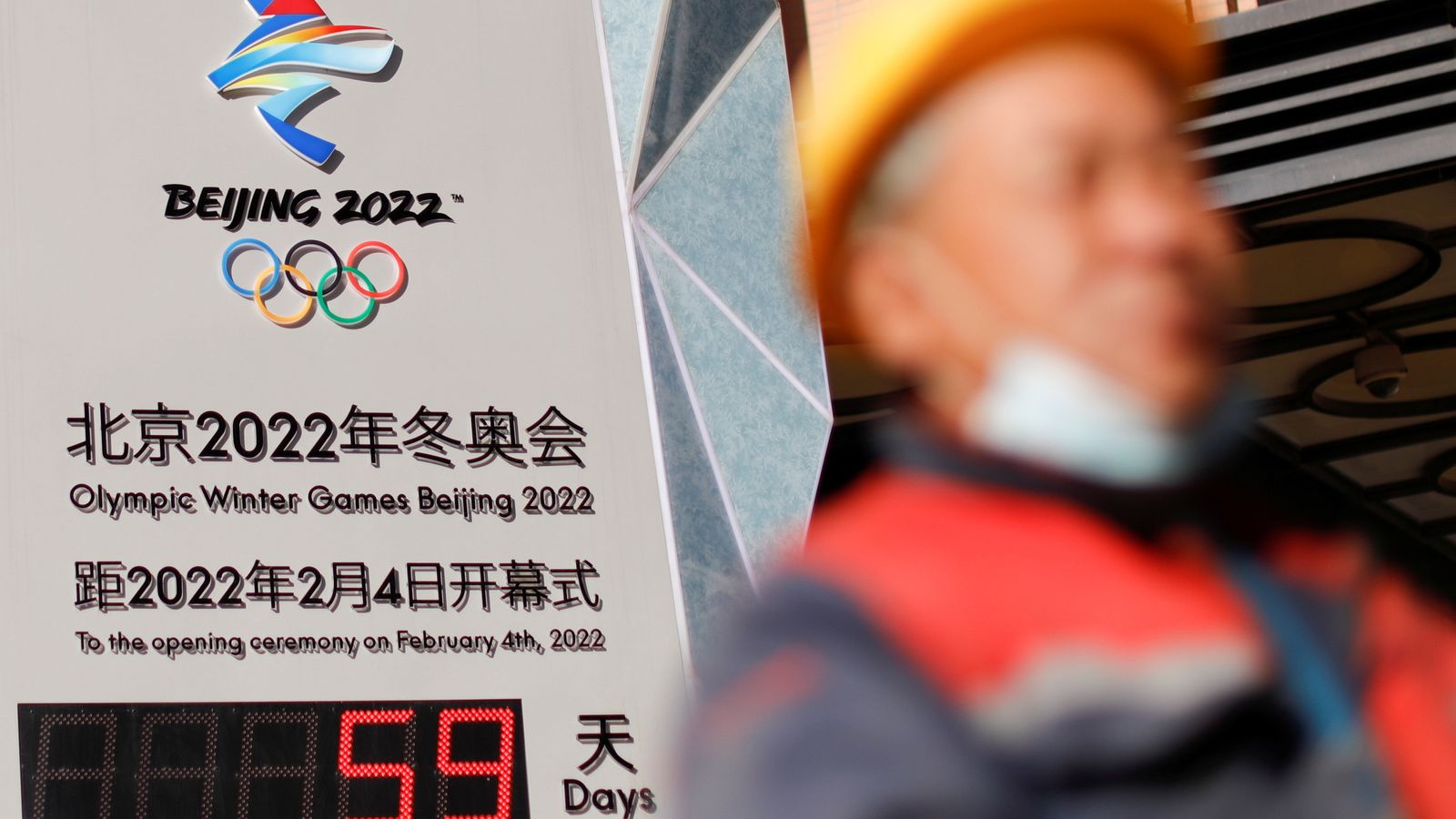 Australia’s prime minister has said his country will join the US in a diplomatic boycott of the Beijing Winter Olympics due to human rights concerns.

“I’m doing it because it’s in Australia’s national interest. It’s the right thing to do,” said Scott Morrison.

Mr Morrison said the decision should not be a surprise as relations between the countries had soured in recent years.

As well as human rights worries, he said China had criticised Australian defence efforts “particularly in relation, most recently, to our decision to acquire nuclear-powered submarines”.

The country’s athletes will still be able to compete in February’s games.

Australia’s prime minister said he was open to efforts to repairing the relationship with China.

“There’s been no obstacle to that occurring on our side, but the Chinese government has consistently not accepted those opportunities for us to meet,” Mr Morrison said.

The move comes a few days after the US decided to hold back its own diplomats and officials from the Olympics due to “egregious human rights abuses and atrocities in Xinjiang”.

China’s foreign ministry warned of “firm countermeasures” and said the US was “grandstanding”.

China has been accused of abuses against Xinjiang’s Muslim Uyghur population, with some alleging torture and deaths inside re-education centres. It denies the claims.

The case of tennis player Peng Shuai, who made sexual assault claims against a former senior Chinese official, has brought added focus to the country’s human rights.

With about two months before the Olympics begin, more countries could join the boycott.

The Times reported the UK could be a part of the protest, while a Canadian foreign affairs spokesperson has said the country is discussing the matter “with our closest partners”.

The Winter Olympics will be held in and around Beijing and locations in neighbouring Hebei province from 4 to 20 February.

Starmer’s ‘radical’ promises have gone as he targets power – but we still don’t really know who he is
Sam Bankman-Fried tried to influence witness through Signal, DOJ alleges
NASCAR bans Chastain’s wall-hugging move
Why a British star’s Oscar nomination has sparked controversy
Warning of ‘significant job losses’ at Asda as it faces potential strikes over ‘efficiency’ plans