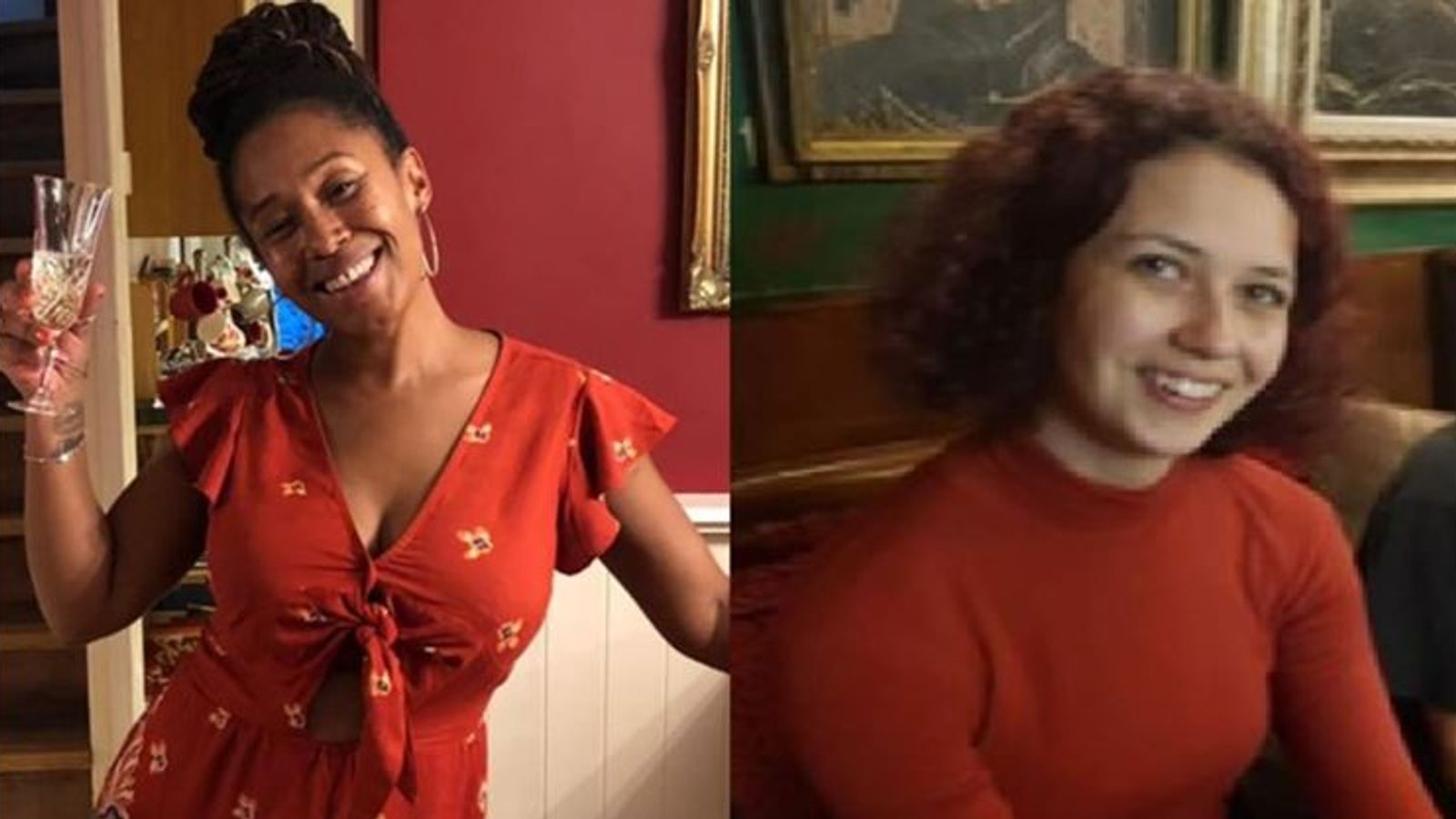 Two police officers who took and shared photos on WhatsApp of the bodies of two murdered sisters have been jailed.

PC Deniz Jaffer and PC Jamie Lewis had previously admitted sharing images of the bodies of Bibaa Henry, 46, and Nicole Smallman, 27 and were found guilty of gross misconduct at a tribunal last month.

Judge Mark Lucraft sentenced the pair to two years and nine months each at the Old Bailey for misconduct in a public office. They must serve half their sentences.

The officers had been assigned to guard the crime scene overnight after the two sisters were found dead in bushes in Fryent Country Park, Wembley, northwest London, in June last year.

Instead, they breached the cordon to take “inappropriate” and “unauthorised” photographs of the bodies, which were then shared on WhatsApp.

Lewis even superimposed his face onto a picture with the bodies in the background, the misconduct hearing heard.

He sent the doctored image to Jaffer, who forwarded it to a female police officer at the scene.

Jaffer then showed one of the images to a male officer as they left the park and sent others to three friends on WhatsApp.

Lewis, who used “degrading and sexist” language in messages about the victims, also shared crime scene pictures with a WhatsApp group of more than 40 officers called the “A Team”.

More detail on the language the two officers used in their messages was also revealed during the hearing, with both referring to the women as “dead birds”.

The pair, who were attached to the Metropolitan’s North East command unit, were suspended from duty following their arrests on 22 June last year.

Jaffer, 47, of Hornchurch, east London, and Lewis, 33, from Colchester, Essex, previously pleaded guilty to misconduct in a public office.

The sisters’ mother, Mina Smallman, had called on the Metropolitan Police to “get the rot out once and for all”.

Lewis was dismissed from the Metropolitan Police at last month’s tribunal hearing, while Jaffer was told he would have been dismissed if he was still serving.