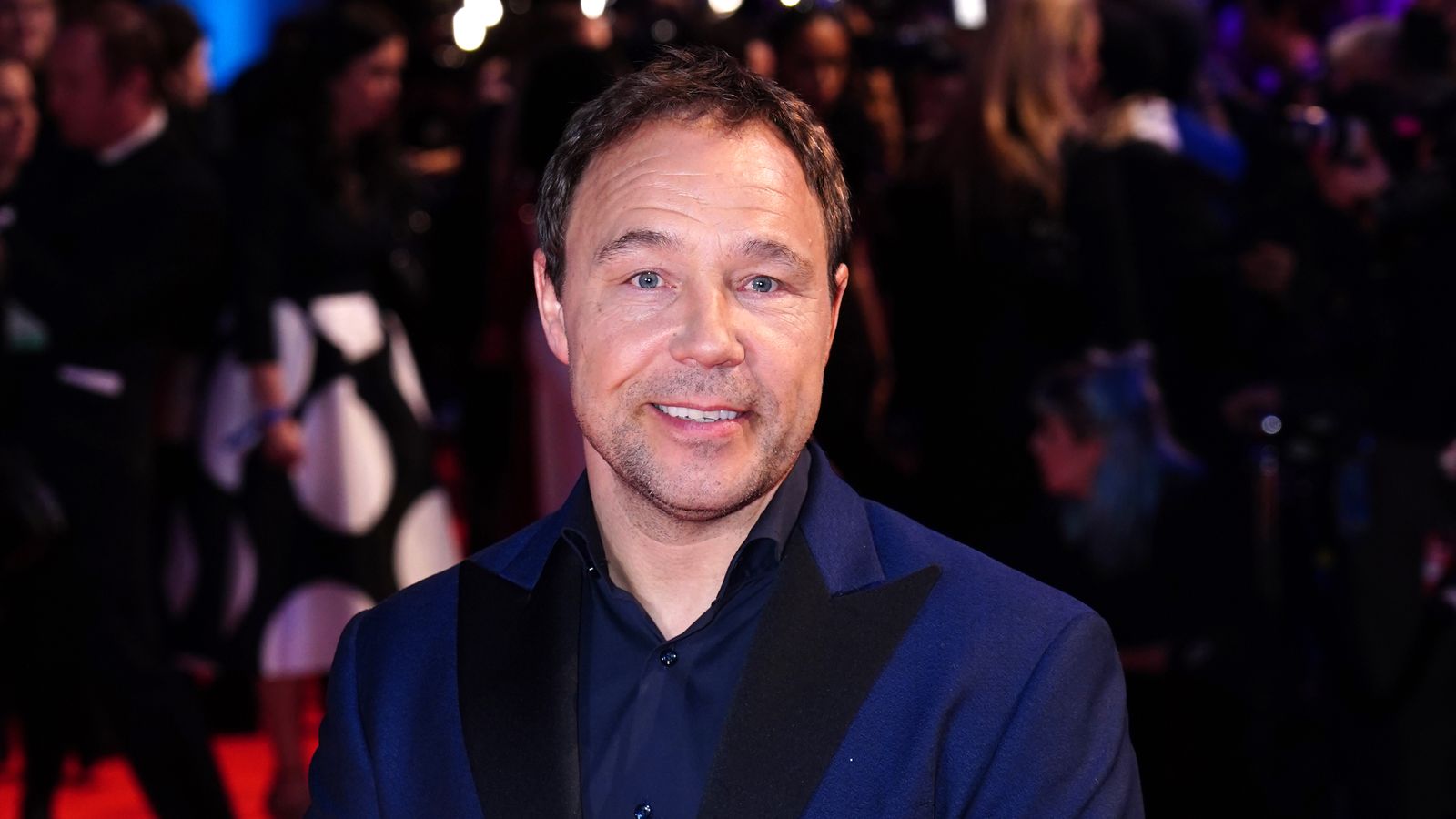 Stephen Graham has hailed independent film as the reason he became an actor at a ceremony celebrating the industry.

Speaking at the British Independent Film Awards (BIFAs), where he was nominated for best actor for the one-shot drama Boiling Point, the star told Sky News it’s a part of cinema’s eco-system that needs protecting.

“It’s where people are allowed to not just learn on the job, but hone and develop their techniques and their skills,” Graham said.

“So then it keeps the industry alive, so hopefully we can find more investment and we can keep it [going].

“It’s the reason why I became an actor – independent films – if I’m honest.”

Caitriona Balfe was among the nominees for best actress for her role in Kenneth Branagh’s semi-autobiographical movie Belfast, which is yet to be released in cinemas in the UK.

She told Sky News the film, which is already tipped for BAFTA and Oscar nominations, would have been very different if it had been backed by a studio.

“I don’t think [Branagh] could have made the film that he wanted if it hadn’t been an independent film,” Balfe said.

“And I think what ends up happening when you don’t have people over your shoulder, telling you how you have to make it relatable for everybody and all those things – you get to make a specific story from an auteur’s point of view, then it becomes universal and people can relate to it because in that specificity, it becomes universal, I think.

“[Independent film] is super important, I love it, we have to support it.”

‘There is an upsurge post-COVID’

Balfe was beaten to the best actress prize by Joanna Scanlan, who won for her role in After Love – the night’s big winner which also got the best director and best British independent film awards.

Scanlan said the industry has come out fighting after the shutdowns forced by the coronavirus pandemic.

“I think there was a period in which people could get developing because they weren’t doing anything else, being distracted by production, and then now production is motoring and there’s a lot of energy behind it, and not least because what did everybody do during COVID? They watched films, albeit on their screens at home, but that’s what they were doing.

‘British independent film is the toast of the world’

For BIFA founder Elliot Grove, it’s essential that people in the UK back the industry, which he says is having a global impact.

“So we get acknowledgement abroad; it’s on this dull, damp, COVID-infested island that no one knows about British independent film.

“And that’s the whole point about tonight – to shine the spotlight on the amazing collection of talent in this room.”

Other winners at the ceremony in London included Adeel Akhtar for best actor and Riz Ahmed who got the Richard Harris Award for outstanding contribution by an actor to British film.