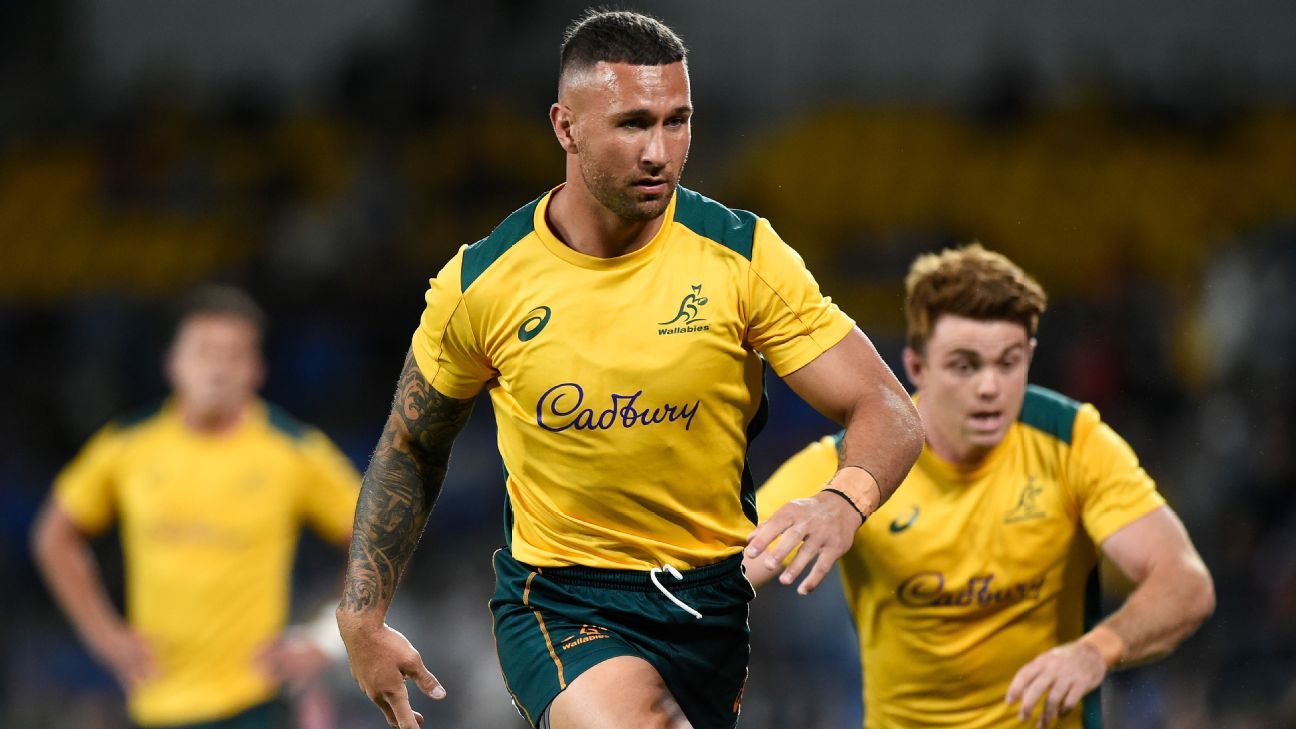 Wallabies star Quade Cooper has revealed he will be taking the citizenship test on Friday that he’s happy should finally allow him to “officially call Australia home”.

The New Zealand-born 33-year-old, who’s played 75 Tests for Australia, had been unhappy that his four previous applications for citizenship had been rejected because of the unique difficulties he faced meeting the requirements as an international sportsman.

Yet after the Australian government changed eligibility rules to ensure “distinguished applicants” like him could be made citizens, Cooper is now taking the test again in Japan where he’s currently playing for Hanazono Kintetsu Liners.

In a tweet from Japan on Thursday evening, Cooper wrote: “On the bullet train to Tokyo to sit the Australian citizenship test at 10am.

“Weird feeling but it probably wouldn’t have happened without your support! Thank you to everyone who pushed for people like myself to be eligible to officially call Australia home. Forever grateful.”

Cooper was given widespread backing after explaining his touring schedule and stints overseas meant he couldn’t meet the rules which demand citizenship applicants must have lived in Australia for the past four years and not be absent for more than 12 months during that time.

The regulations also stated they can’t have been out of the country for more than 90 days during the year before applying.

Yet in September, the immigration minister Alex Hawke confirmed the rule change that would allow more flexibility for worthy applicants including top athletes, artists, businesspeople and scientists.

“Exceptional people must not be prevented from becoming Australians because of the unique demands of the very work they do that makes them exceptional,” Hawke had said.

Cooper, who was born in Auckland but moved to Australia at 13, qualifies for the Wallabies through residency, with his case brought back into the spotlight again this year when, recalled for the first time in four years, he orchestrated five straight Test wins.

They included two straight victories over the world champions, South Africa, and prompted Rugby Australia CEO Hamish McLennan to say granting him citizenship would be the “right, Australian thing to do”.

Poldark’s Aidan Turner says actors should have ‘air of mystery’ about their private lives
Alec Baldwin charged with involuntary manslaughter over fatal shooting on Rust film set
Big Oil poised to smash annual profit records — sparking outcry from campaigners and activists
No 10 insists UK economy is strong despite IMF warning it will fare worse than any other in developed world – including Russia
Church’s progress on same-sex marriage will be ‘glacial’, archbishop tells Sandi Toksvig