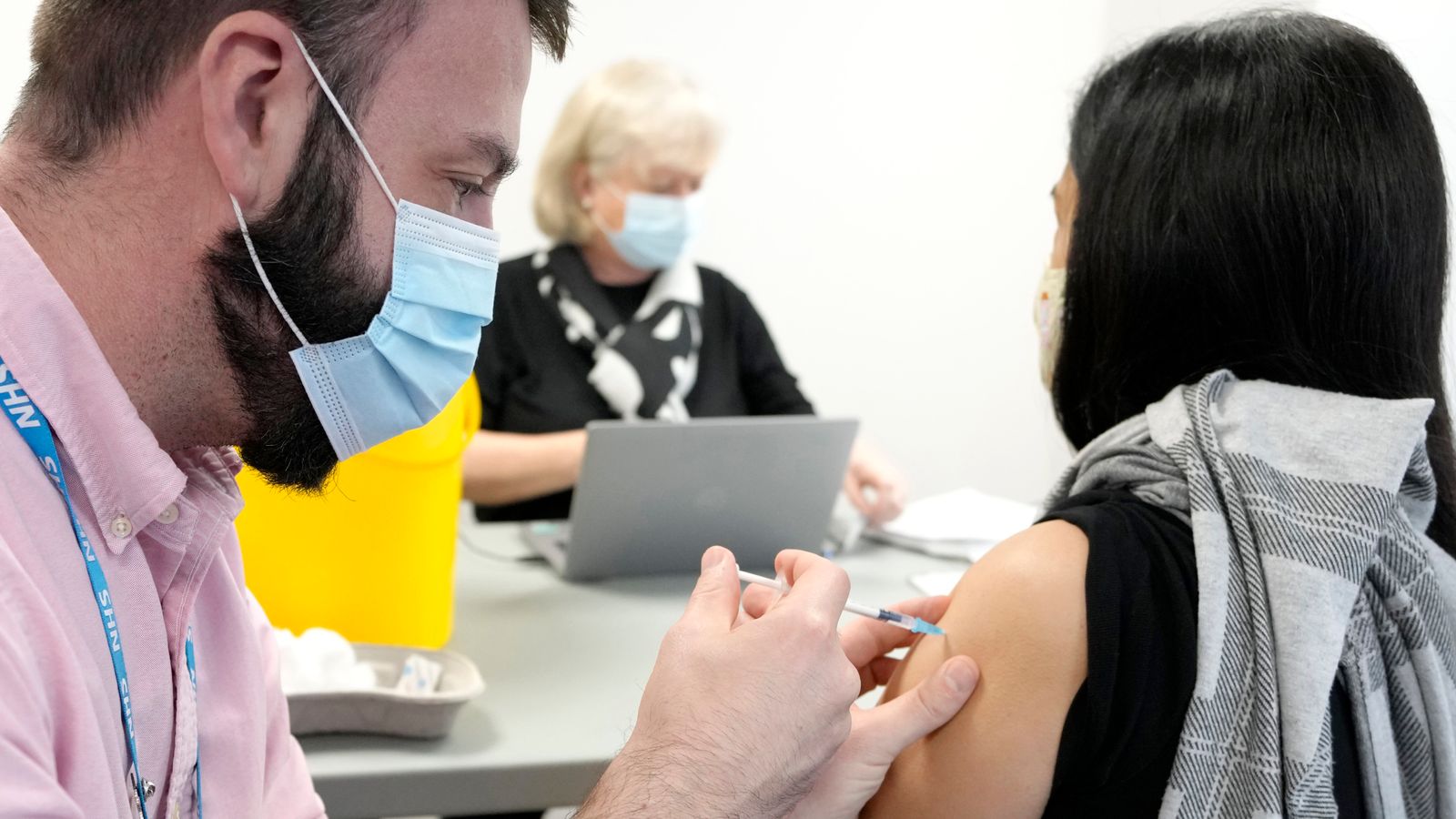 The Pfizer and Moderna vaccines being used in the UK as boosters prompt the best overall response, according to a UK trial.

The study, published in the Lancet, involved almost 3,000 people aged 30 and over, and it found that the mRNA vaccines gave the best boost to antibodies and T-cells, particularly after two initial doses of the AstraZeneca jab.

It supports the UK’s decision to rely on the Pfizer and Moderna vaccines for boosters.

Professor Saul Faust, trial lead and director of the NIHR Clinical Research Facility at University Hospital Southampton NHS Foundation Trust, said: “All of the vaccines in our study do show a statistically significant boost… RNA (Pfizer and Moderna) very high, but very effective boosts from Novavax, Janssen, and AstraZeneca as well.”

The vaccines worked well against existing variants, he said, although the most recent – Omicron – was not tested as part of the study.

But it is thought that T cells could play a significant role in fighting the variant and their responses “are recognising a much broader range of antigens that might… be common to all of the variants”, he said.

Regarding Omicron, he added: “Our hope as scientists is that protection against hospitalisation and death will remain intact.”

The study saw 13 groups testing the boosters or acting as controls, with controls given a meningitis vaccine instead of a booster.

Their immunity was assessed after 28 days and will be looked at again three months and one year after receiving the jabs.

None of the vaccines had safety concerns, with the most commonly reported problems being fatigue, headache, and a sore arm.

When looking at antibody levels in the trial, people who had received two doses of AstraZeneca initially had booster responses that were between 1.8 to 32.3 times higher, depending on the booster vaccine used.

The authors warned that the figures relate to the immune response rather than real-world protection against the disease.

Jonathan Ball, professor of molecular virology at the University of Nottingham, said: “The data clearly shows that all boosters provided a lift to at least one aspect of your COVID immunity, and that side effects were, on the whole, mild.

“The data also shows that an mRNA booster – such as Moderna or Pfizer – provided the best overall boost, irrespective of whether your first doses were mRNA or (AstraZeneca).

“The fact that the mRNA vaccine boosts gave a marked increase in both antibodies and T cells is great news, especially now, when our attention has been grabbed by the emergence of the Omicron variant.

“We still don’t know how this increase in immunity translates into protection, especially against serious disease, but I am still convinced that our vaccines will continue to provide the protection that we need.”

All adults aged over 18 in the UK are being offered a booster jab – usually Pfizer or Moderna.

More than 13,000 Nigerian residents take Shell to court over oil spills
Uber beats estimates and the stock is up
Some of Wall Street’s biggest names are exposed to the Adani Enterprises plunge
Community ‘in shock’ over Nicola Bulley’s disappearance – as friends strive to protect daughters
Police vow to bring missing Nicola Bulley home and urge search teams to scour river bank for clothes