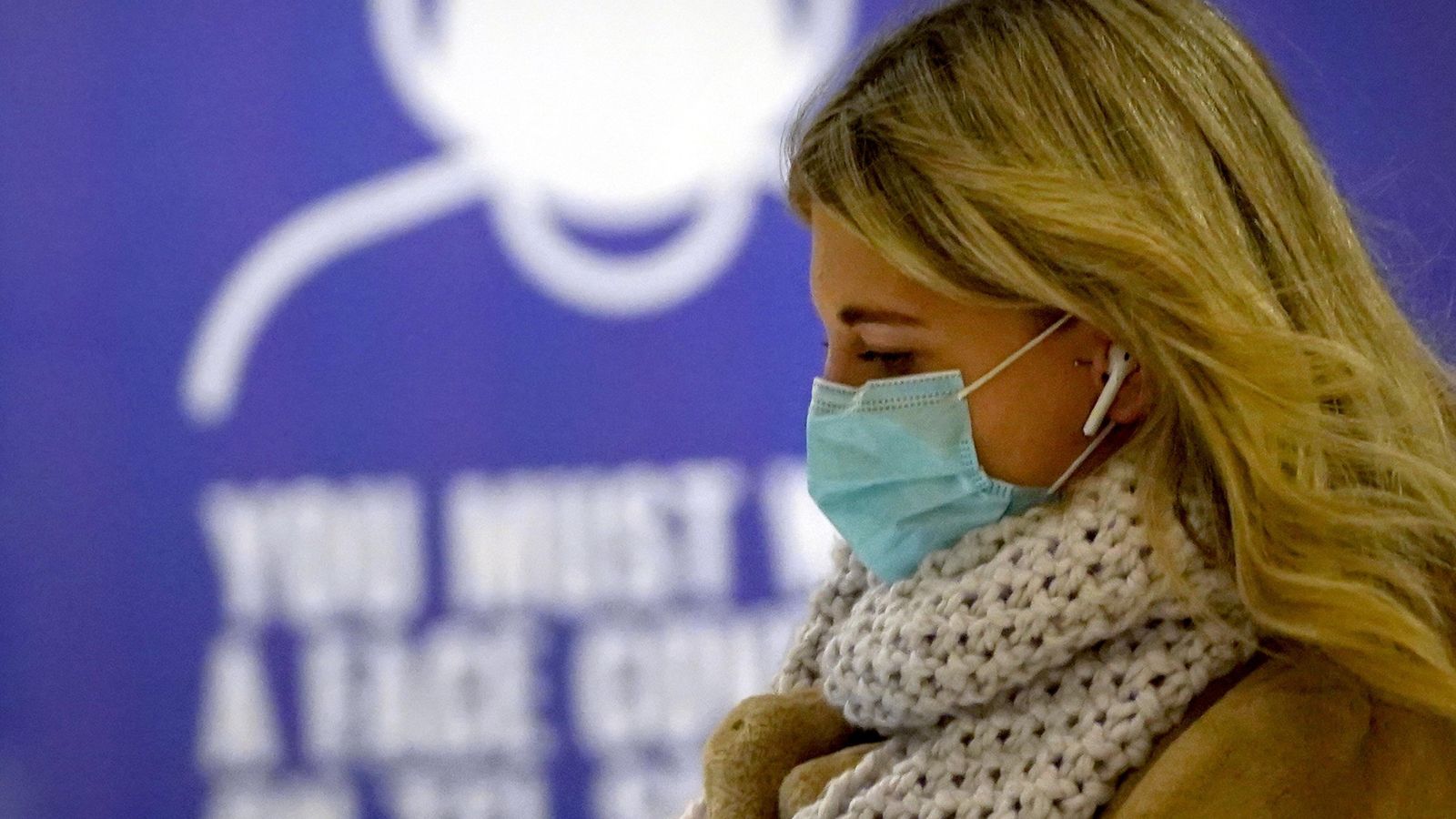 Health Secretary Sajid Javid has suggested the possible impact of the Omicron variant of COVID-19 will be known in a fortnight’s time and ahead of the government’s three-week review of fresh restrictions.

The government has responded to the discovery of the Omicron variant by reimposing compulsory mask-wearing in England in shops and on public transport, as well as tightening international travel restrictions and self-isolation rules.

The changes are due to be reviewed in three weeks’ time, as more is learned about the variant, but Mr Javid signalled to Sky News that this review could happen earlier.

“We’re confident that, actually, maybe within two weeks that we can know a lot more about this.

“We might not even need to wait three weeks, but the three weeks was a sensible date to set for a review because now that we have live samples of the virus, they’ve gone to our labs in Porton Down.

Mr Javid said scientists were working to determine whether Omicron was “any more dangerous” than the Delta variant, which is the current dominant strain of coronavirus.

The government has also promised to ramp up the booster vaccine programme in response to the Omicron variant, with Mr Javid admitting it was a “huge ask” to reach a new target that would require around half a million jabs a day.

But he said he was confident that all adults will be offered a COVID-19 booster vaccine by the end of January.

Despite the imposition of new restrictions due to the Omicron variant, Mr Javid said people should not begin to cancel their festive plans.

“I think people should continue to behave in the way they were planning to behave over Christmas,” he said. “I don’t think there is any need to change those plans.”

The health secretary said he was “not worried” there could be another “pingdemic” of large numbers of people being forced to self-isolate because of Omicron.

“At this point in time the case numbers are very low,” he said. “That will certainly go up but the numbers are low.

“I hope it stays that way. I’m not worried about a ‘pingdemic’ type of situation.”

Decision to develop a ‘Britcoin’ digital pound to be made by 2025
How US shot down China’s ‘spy balloon’ with a single missile – and what was likely on it
‘I’m expecting death any time’: How South Africa’s scheduled power cuts put lives on the line
There’s a buzz about green hydrogen. But pink, produced using nuclear, may have a huge role to play too
Cloud leaders Amazon, Google and Microsoft show the once-booming market is cooling down