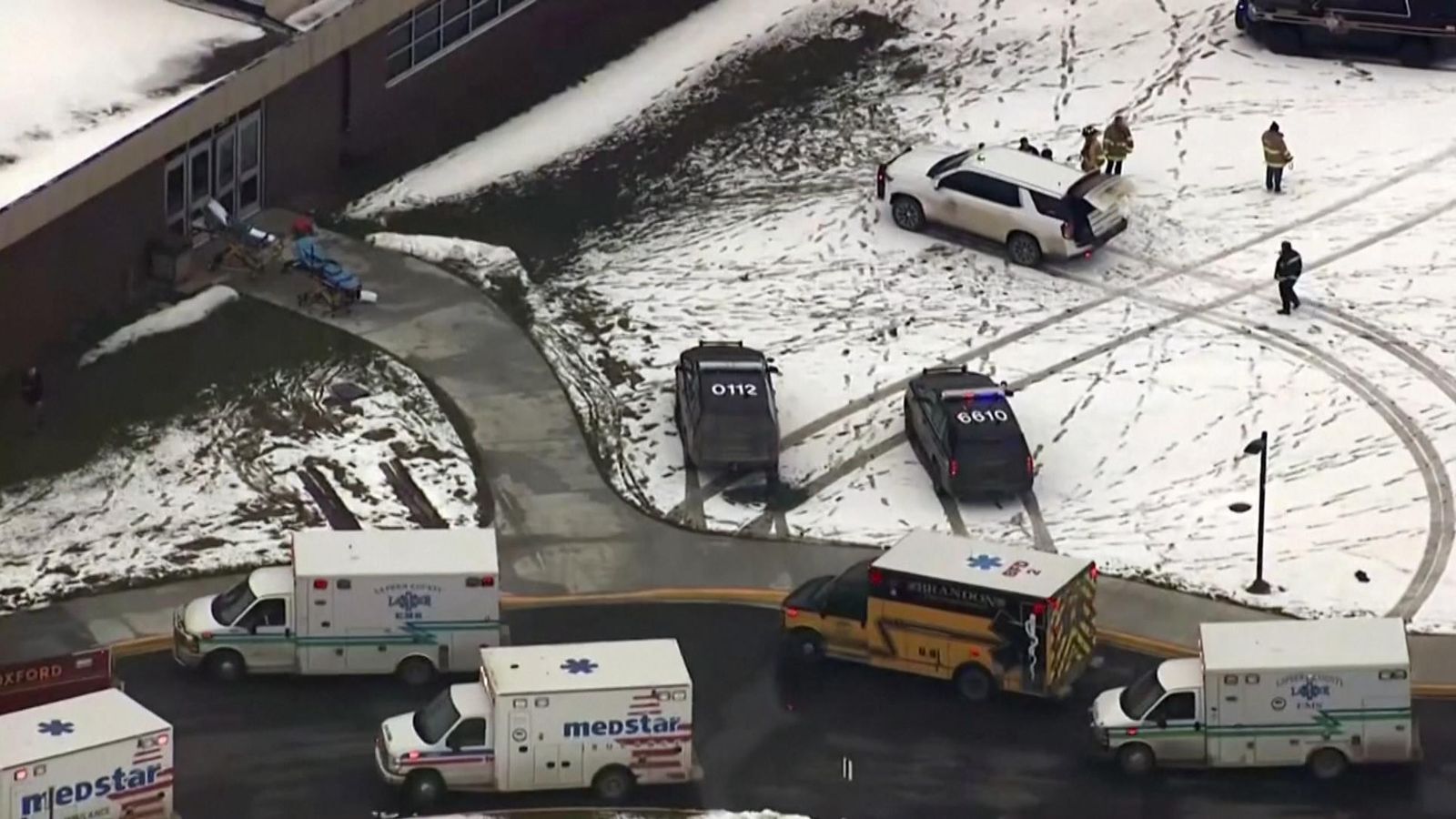 Three students have been killed and six people wounded after a 15-year-old opened fire at his Michigan high school.

The attack happened at Oxford High School in Oxford Township, a community of about 22,000 people 30 miles (48km) north of Detroit.

The 15-year-old is in custody after being arrested at the school. Officers also recovered a semi-automatic handgun and ammunition.

Officers responded at around 12:55pm local time to a flood of 911 calls about an active shooter.

Authorities did not immediately release the names of the suspect or victims but confirmed one of those injured was a teacher.

The school was placed on lockdown after the attack, with some children sheltering in locked classrooms while officers searched the premises.

They were later taken to a nearby shop to be picked up by their parents.

Tesla’s infamous Full Self-Driving Beta v11 is coming this week if you believe Elon Musk
There’s a buzz about green hydrogen. But pink, produced using nuclear, may have a huge role to play too
Avis has new T&Cs for renting its EVs, and they’re a little weird
Big Oil rakes in record profit haul of nearly $200 billion, fueling calls for higher taxes
Inside the ‘Wormhole,’ Relativity Space’s monster factory 3D-printing reusable rockets