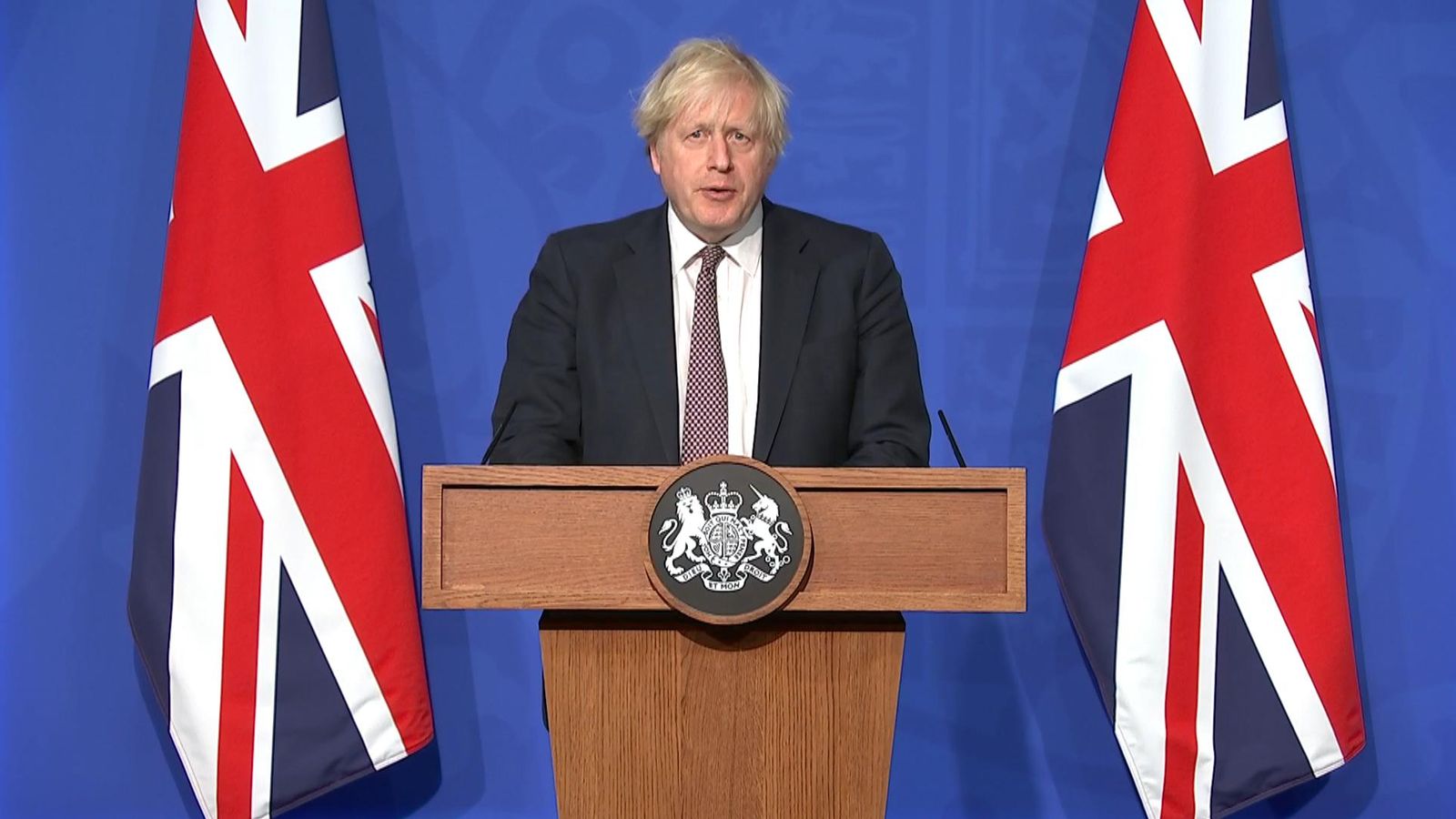 The government plans to offer booster vaccines to everyone over the age of 18 by the end of January, Boris Johnson has said.

Speaking at a Downing Street news briefing on Tuesday, the PM said the rollout of booster programme will go in age order, and that there will be more than 1,500 community pharmacy sites in England offering the jabs.

Mr Johnson said “temporary vaccine centres will be popping up like Christmas trees”, adding that some 400 military personnel and the “jabs army of volunteers” will also help with the rollout.

It comes a day after Health Secretary Sajid Javid confirmed that all adults will be offered a COVID-19 booster vaccine as part of a reaching expansion of the jabs programme to deal with the potential impact of the new Omicron COVID-19 variant.

• Booster jabs for everybody over the age of 18

• Severely immunosuppressed people given access to another booster – meaning for some, a fourth dose this winter

Mr Javid confirmed the government will be taking on board all of the recommendations “in full”.

The move will see millions more people in the UK become eligible for a third booster dose and has come in the wake of growing international concern about the .

More than 20 cases of the Omicron variant have so far been identified across the UK, though experts expect this number to rise in the coming days.

Explaining the government’s plan to expand the booster coronavirus vaccine programme, the PM said: “The target that we’ve set ourselves is to offer a booster to everyone eligible by the end of January.

“As with the first jabs, we will be working through people by age group going down in five-year bands, because it is vital that the older and the more clinically vulnerable get that added protection first.

“So, even if you have had your second jab over three months ago and you are now eligible, please don’t try and book until the NHS says it is your turn.”

He continued: “I know the frustration that we all feel with this Omicron variant, the sense of exhaustion that we could be going through all this all over again.

“But today I want to stress this, today that’s the wrong thing to feel because today our position is and always will be immeasurably better than it was a year ago.

“What we’re doing is taking some proportionate precautionary measures while our scientists crack the Omicron code. And while we get the added protection of those boosters into the arms of those who need them most.”

Mr Johnson also revealed he will be getting his COVID-19 booster jab on Thursday after 18 million Britons have already received theirs.

“It’ time for another great British vaccination effort. We’ve done it before and we’re going to do it again – and let’s not give this virus a second chance,” the PM said.