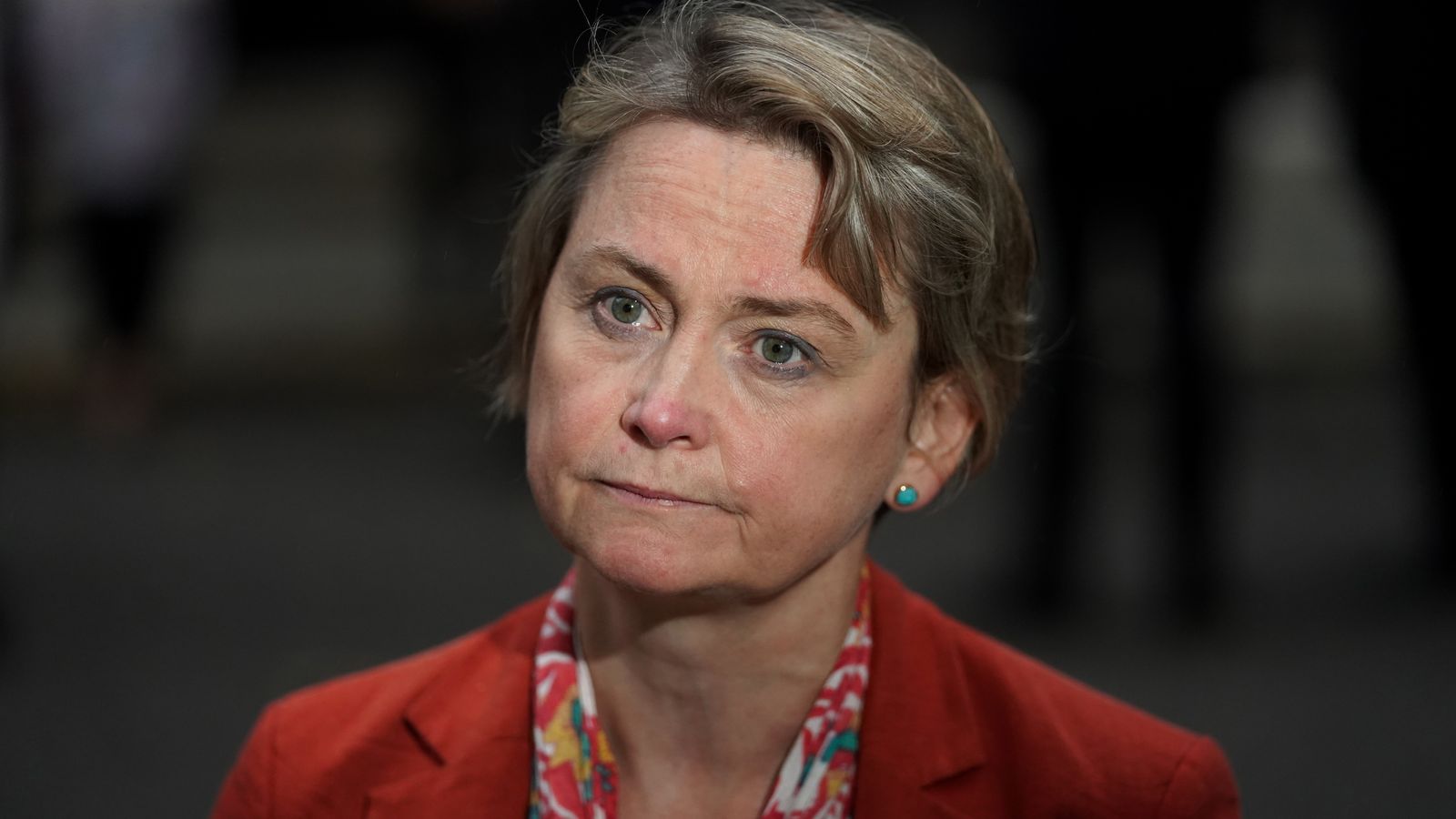 Yvette Cooper, back in the political frontline as shadow home secretary – again – in the headline appointment in the Starmer shuffle, is viewed by many MPs as Labour’s lost leader.

Not any more, though. After giving up the £15,000-a-year chair of the Home Affairs Select Committee after five years, she’s almost certainly back as a leading contender for Labour’s crown once again.

And that means that all the leading candidates to succeed Sir Keir Starmer, if he stumbles before the next general election or performs dismally when the election comes, are all women.

Elected in Labour’s 1997 landslide, 52-year-old Ms Cooper held a range of ministerial jobs in the Blair-Brown years and served in the cabinet as work and pensions secretary.

At that time, she and her husband Ed Balls were the first married couple to serve in cabinet together. And after Labour’s defeat in 2010 she served as shadow foreign secretary and shadow home secretary under Ed Miliband.

During her first period as shadow home secretary, she took on Theresa May and their clashes across the despatch box were often acrimonious and the future prime minister developed a loathing for her Labour opponent.

After Labour’s 2015 defeat, Ms Cooper stood unsuccessfully for leader in the election when Jeremy Corbyn romped home with 59.5% of the votes. She came third on 17%, narrowly behind runner-up Andy Burnham, who polled 19%.

But many Labour MPs felt her campaign was lacklustre and had it been more dynamic she might have done better. But Mr Balls had lost his seat in the general election and the couple went on a summer holiday to Cape Cod to get over the shock of his defeat.

Realistically, however, Ms Cooper and Mr Burnham never stood a chance against Mr Corbyn under the new rules that saw thousands of left-wing activists join the party and vote for the darling of the Labour left.

Chairing the Home Affairs Select Committee since 2016, Ms Cooper has established a formidable reputation as one of the fiercest interrogators of blustering ministers, bumbling civil servants and evasive and self-serving witnesses.

She will now use those forensic skills against the under-fire Home Secretary Priti Patel on issues like channel crossings, immigration and law, and concerns like knife crime and violence against women.

Ms Patel will not welcome Ms Cooper’s appointment, coming at a time when the embattled home secretary is facing tough criticism from Tory MPs as well as opponents and is even said to have disappointed her Brexiteer ally Boris Johnson.

When Ms Cooper was first elected as an MP in 1997, Mr Balls used to refer to himself until his own election in 2005 as “the Lady Mayoress” as he accompanied her to civic events in her West Yorkshire constituency.

Now he’s a hugely successful TV celebrity and author and is approaching national treasure status, when she’s about to become a leading member of Labour’s top team, he’ll no doubt be equally deferential to his wife in future.

And as a result of her big comeback, despite the fine qualities of her female rivals Ms Rayner, Ms Reeves and Ms Nandy, the odds on her winning Labour’s top job in the future must surely be about to shorten.