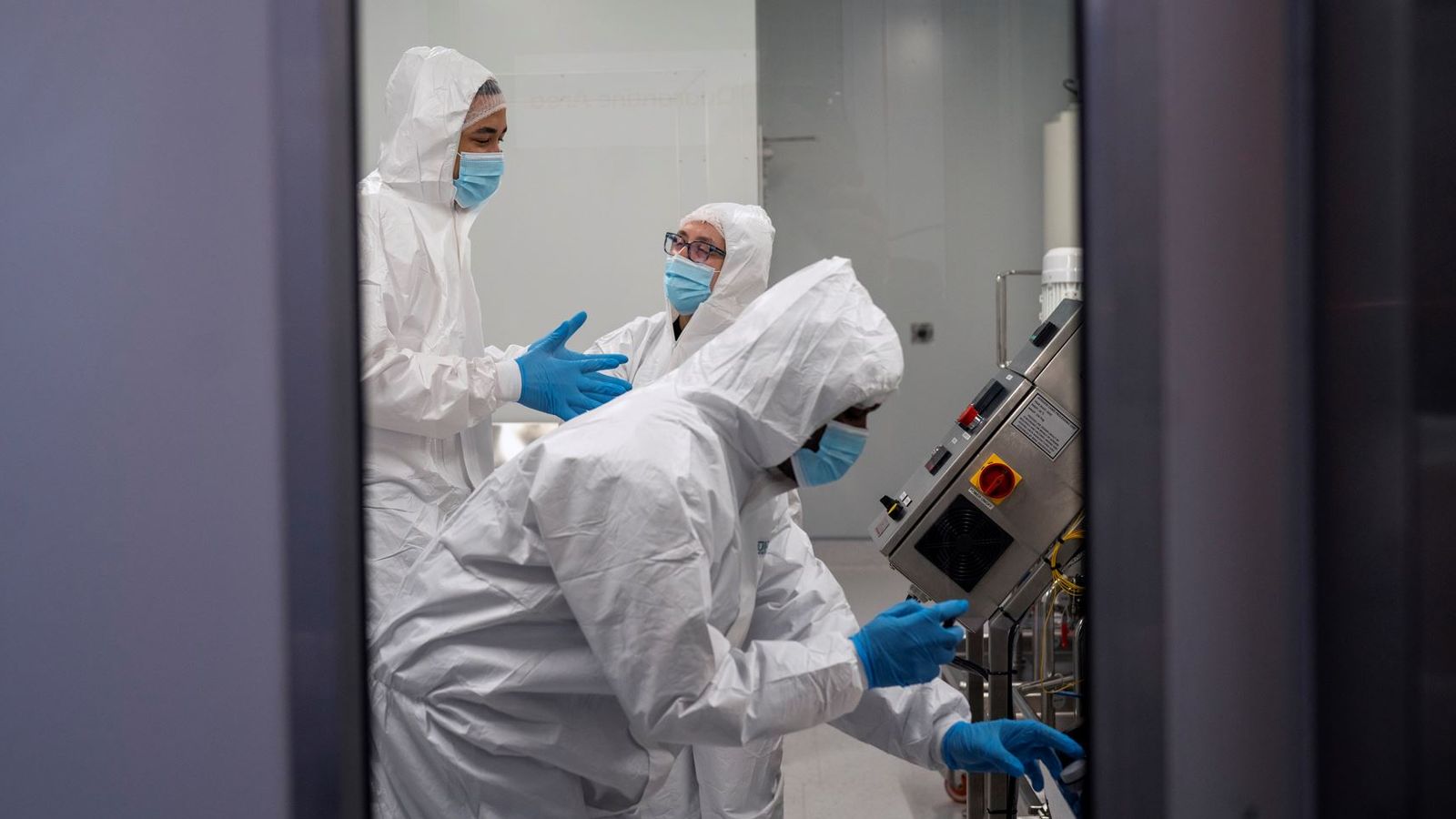 South Africa is racing to learn more about a new coronavirus variant that could be more transmissible and more resistant to vaccines.

Just 53 cases related to the B.1.1.529 strain have been confirmed in the country so far, but there are fears the true number could be much higher.

COVID-19 has been rapidly spreading among young people in Gauteng – South Africa’s most populous province.

And nationwide, there has been “more of an exponential rise” in infections over the past five days or so.

Until recently, South Africa had seen a period of relatively low transmission, and was typically recording about 200 confirmed cases per day.

But the daily number of coronavirus infections rapidly rose above 1,200 on Wednesday alone – and almost doubled again to 2,465 on Thursday.

Experts believe there is a “high probability” that many of these cases are linked to this variant.

In Gauteng, estimates suggest 90% of new infections could be B.1.1.529 – and the strain may be present in South Africa’s eight other provinces.

Scientists in the country are now trying to determine the extent of its spread, but this could take some time.

South Africa’s National Institute for Communicable Diseases said: “Although the data are limited, our experts are working overtime with all the established surveillance systems to understand the new variant and what the potential implications could be.”

And at a news conference in Johannesburg, health minister Joseph Phaahla warned: “From the experience of the last 21 months or so, we can almost predict how this is going to move.

“As I’ve said, especially when, like the Delta starting in Gauteng, you can rest assured as people start to move even more over the next few weeks, this will be all over.”

Professor Tulio de Oliveira, the director of the South African Centre for Epidemic Response and Innovation, says the new variant has a “constellation” of new mutations.

A team of scientists from seven universities is now studying B.1.1.529, and they have 100 whole genomes of it so far.

‘Our scientists are deeply concerned’ – Javid

British officials are keen to acquire live virus cultures of the new variant so it can be examined, but this could take as long as four to six weeks.

Just 41% of South African adults have been vaccinated – and the number of jabs being administered a day is relatively low at under 130,000.

That’s significantly below the government’s target of 300,000 per day.

But this is not because of a shortage – the country is actually having to defer deliveries so they don’t “accumulate and stockpile vaccines”.

Nicholas Crisp, the acting director-general of the national health department, said: “We are getting in vaccines faster than we can use them at the moment.”

South Africa has a population of 60 million people. During the pandemic, it has recorded more than 2.9 million COVID cases and 89,000 deaths.

The health minister says it is currently too early to say whether the government will impose tougher restrictions in response to the variant.

UK experts have described B.1.1.529 as the “worst one we’ve seen so far” – and South Africa is among six African countries that have now been added to the red list for travel.

World Health Organisation experts are meeting on Friday to assess the variant, which on Wednesday was classed a variant under monitoring.

If it is upgraded to a variant of concern, it could be given a name from the Greek alphabet – and would likely be referred to as Nu.