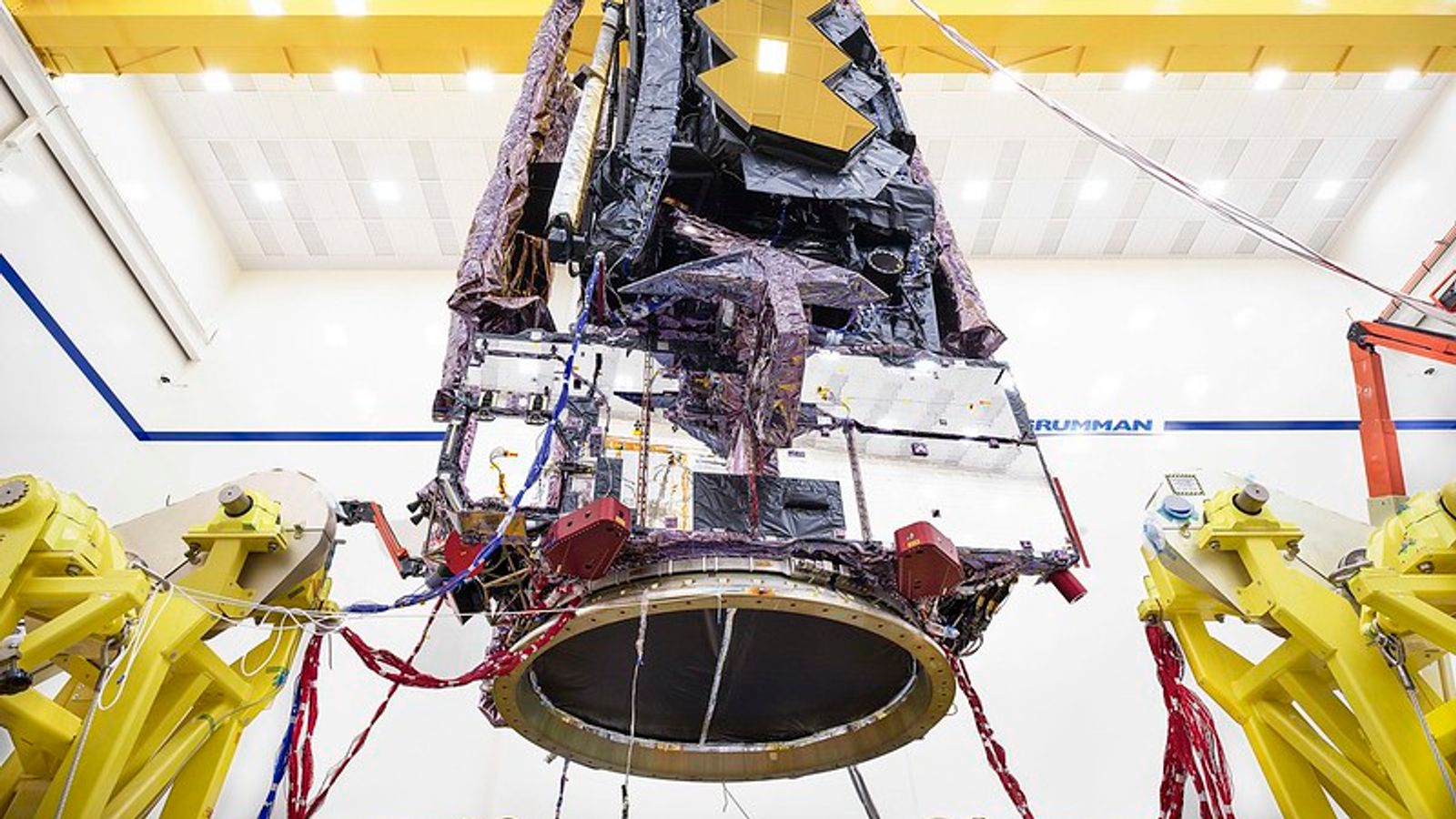 NASA has delayed the launch of its new James Webb Space Telescope following an “incident” that happened affecting its connection to the rocket.

The $10bn (£7.5bn) telescope is an orbiting infrared observatory that will will provide next-generation discoveries based on the work of the Hubble Space Telescope.

But its launch from the Guiana Space Centre in French Guiana – the base of operations for the European Space Agency – has now been pushed back until 22 December at the earliest.

“Technicians were preparing to attach Webb to the launch vehicle adapter, which is used to integrate the observatory with the upper stage of the Ariane 5 rocket.

“A sudden, unplanned release of a clamp band – which secures Webb to the launch vehicle adapter – caused a vibration throughout the observatory,” the space agency added.

An anomaly review board led by NASA has been investigating what happened ever since, and a further update is expected when testing finishes at the end of this week.

It follows further delays and additional expenses caused by the COVID-19 pandemic, according to NASA.

When the launch does take place it will herald a new era in space science, and offers NASA the opportunity to publish new images such as those captured by Hubble which have inspired so many people’s imaginations.

The James Webb Space Telescope (JWST) is intended to “examine every phase of cosmic history: from the first luminous glows after the Big Bang, to the formation of galaxies, stars, and planets to the evolution of our solar system”.

By examining infrared light the JWST will directly observe a part of space and time (which are not distinct qualities according to special relativity) that humanity has never been able to see before.

It will gaze deep into the past, back when the very first stars were forming over 13.5 billion years ago – because it is able to see the light emitted back then which has been stretched or “redshifted” by the continual expansion of the universe.

The JWST is the largest and most powerful space science telescope ever constructed by NASA, and after being launched it will travel to an orbit about a million miles away from Earth before undergoing six months of commissioning in space.

During this period its mirrors and sunshield will unfold, and its smaller systems will need to be brought online too – it will need to be cooled, aligned, and calibrated.

Once all this is done, astronomers around the world will be able to use the telescope to conduct scientific observations and broaden humanity’s understanding of the universe.