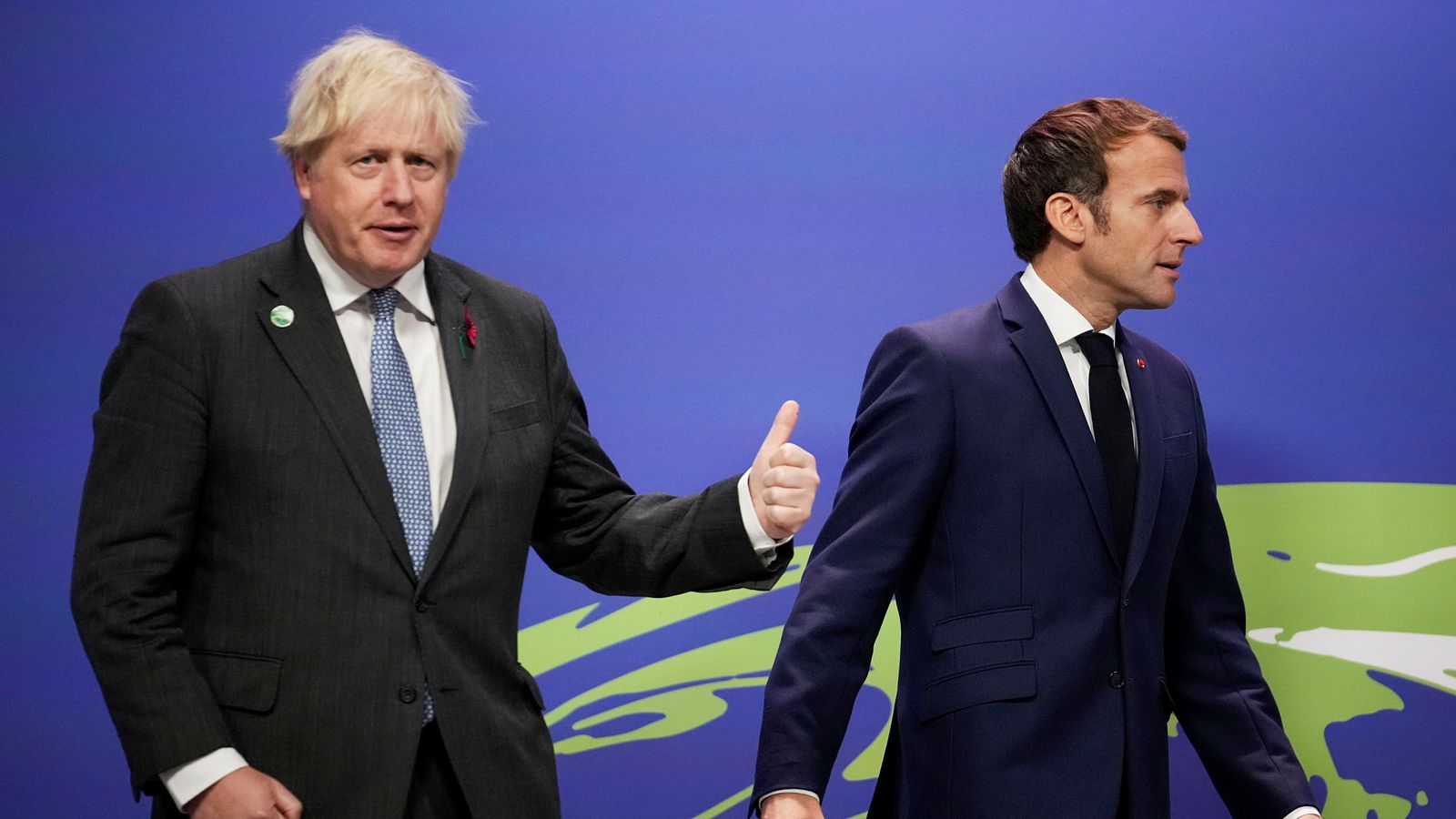 Boris Johnson has offered to work with France to “move further and faster” in order to tackle small boat crossings and avoid a repeat of the “appalling tragedy” in the Channel that left 27 people dead.

The prime minister has written to President Emmanuel Macron and set out five steps he thinks both sides should take “as soon as possible”.

Mr Johnson’s letter comes after 27 people – 17 men, seven women and two teenage boys and a girl – died near Calais on Wednesday while trying to cross the English Channel in a flimsy boat.

Tonight I have written to President Macron offering to move further and faster to prevent Channel crossings and avoid a repeat of yesterday’s appalling tragedy which claimed the lives of at least 27 people.

• Joint patrols to prevent boats from leaving French beaches
• Using more advanced technology such as sensors and radar
• Carry out reciprocal maritime patrols in each nation’s territorial waters and utilise airborne surveillance
• “Deepening the work” of the Joint Intelligence Cell and ensuring there is better intelligence sharing to drive more arrests and prosecutions
• Committing to “immediate work” to strike a bilateral returns agreement between Paris and London, as well as discussions on a UK-EU agreement

“If those who reach this country were swiftly returned the incentive for people to put their lives in the hands of traffickers would be significantly reduced,” Mr Johnson said.

“This would be the single biggest step we could take together to reduce the draw to Northern France and break the business model of criminal gangs.

“I am confident that by taking these steps and building on our existing cooperation we can address illegal migration and prevent more families from experiencing the devastating loss we saw yesterday.”

The PM said that having spoken to the French president in the wake of Wednesday’s tragedy “I know President Macron recognises, as I do, the urgency of the situation we are both facing”.

Home Secretary Priti Patel will meet French Interior Minister Gerald Darmanin this weekend to discuss the migrant crisis, along with counterparts from Germany, Belgium and the Netherlands.

In his letter to Mr Macron, Mr Johnson said he was ready to “upgrade this meeting to a leaders’ level summit or to arrange further bilateral discussions with you or with colleagues”.

Ms Patel and her French counterpart spoke on the phone on Thursday to “put forward plans for greater collaboration and innovation in stopping these deadly crossings”.

Home Office officials and law enforcement officers will be in Paris on Friday to “intensify joint co-operation and intelligence-sharing”.

‘No quick fix’ to migrant crisis

Ms Patel, who is under pressure on the issue after promising in August 2020 to make the route across the English Channel “unviable”, also renewed an offer to send British officers to join patrols on French beaches.

The home secretary earlier told the Commons there is “no quick fix” to tackling the crossings.

“This is about addressing long-term pull factors, smashing the criminal gangs that treat human beings as cargo and tackling supply chains,” she said.

Natacha Bouchart, mayor of Calais, laid the blame for the crisis at the door of the British and called on Mr Johnson to “face up to his responsibilities”.

“The British Government is to blame. I believe that Boris Johnson has, for the past year and a half, cynically chosen to blame France,” she said, according to French media reports.

And Franck Dhersin, vice president of transport for the northern Hauts-de-France region, said the “mafia chiefs” who spearhead the trafficking networks live in the UK and must be arrested.

Wednesday’s loss of life is the worst of the migrant crisis, which has seen numbers reaching the UK by sea increase from 8,417 in 2020 to more than 25,000 so far this year.

New figures from the Home Office show that asylum claims in the UK are at their highest level for almost 20 years, with more than 37,500 claims made in the year to September.

A government minister revealed last week that just five people had been returned to Europe after crossing the sea on small boats.

Deportations as a whole – not just for people who cross the Channel – are at an historic low.

In the year to June 2021 they decreased to 2,910 – less than half the previous year. The government blamed the drop on the pandemic.