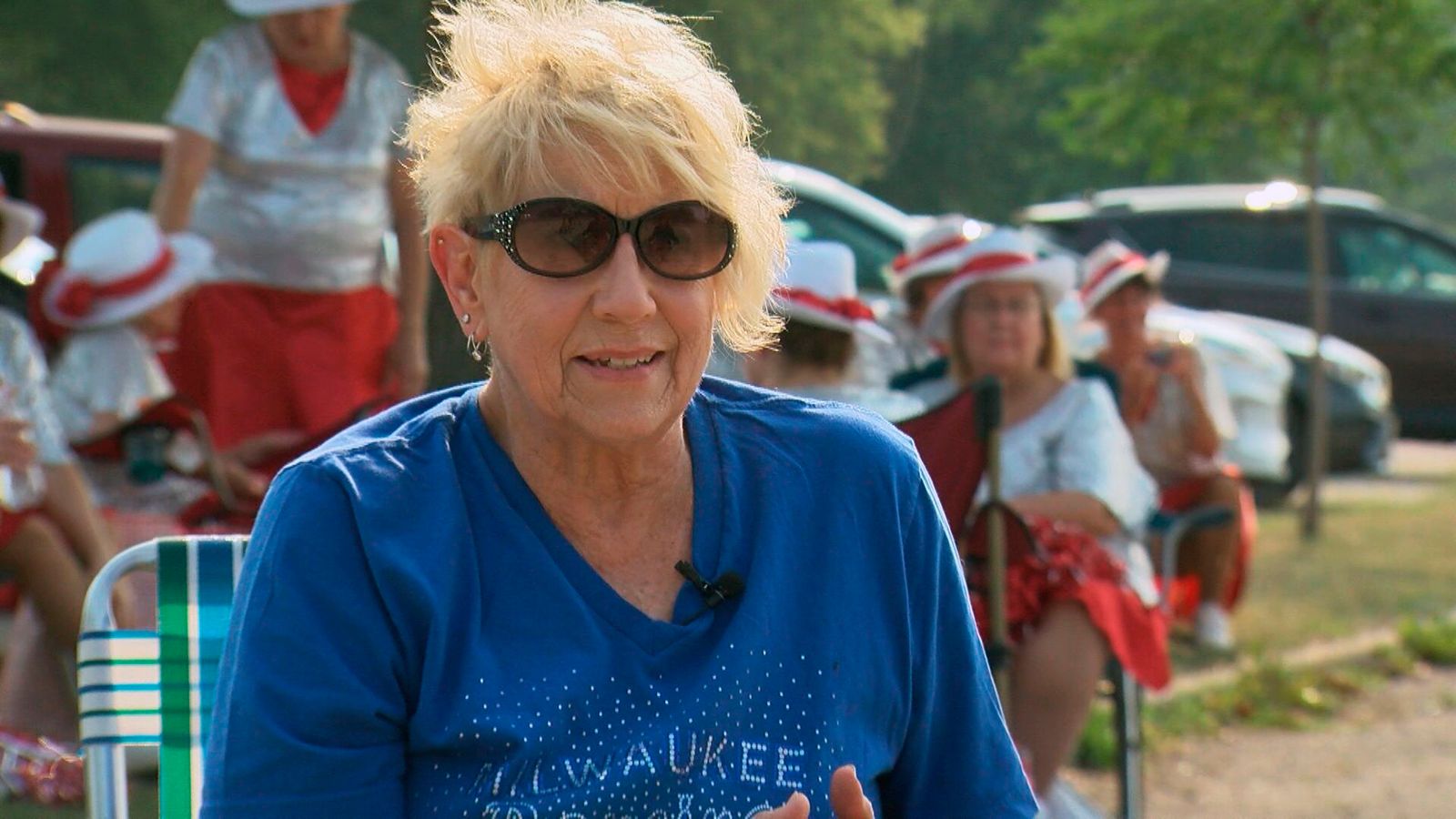 Three members of the Milwaukee Dancing Grannies group are among five people dead after a US Christmas parade turned to tragedy.

The group had been performing in Waukesha, Wisconsin, on Sunday afternoon when Darrell E Brooks allegedly drove his Ford Escape into the parade.

Virginia Sorenson, 79, LeAnna Owen, 71, and Tamara Durand, 52, were killed along with Wilhelm Hospel, 81, whose wife Lola was part of the group.

The Dancing Grannies had been founded in 1984 and usually performed 25 times a year, according to the Milwaukee Journal Sentinel.

The newspaper described the group as “an act…who with their pom-poms, sense of humour and moxie have entertained crowds across the area for decades”.

Mrs Sorenson, a nurse, was a 19-year veteran of the group and, with her husband, had three children and six grandchildren.

Mrs Durand, a former teacher who cared for her grandson four days a week so her daughter could attend nursing school, was making her debut with the group.

Her husband David told the Journal Sentinel: “She danced her way through life

“She danced when there was no music. She always danced. That describes her personality.”

Ms Owen managed a 32-unit apartment complex and was described as someone who “didn’t have a mean bone in her body”.

On Facebook the group said its members were “devastated by the terrible tragedy”.

They added: “Our group was doing what they loved, performing in front of crowds in a parade putting smile on faces of all ages, filling them with joy and happiness.

Twenty-four hours after the people of Waukesha came together to celebrate at its Christmas parade, local residents returned to remember.

This time the authorities took no chances, using trucks to block the roads as thousands gathered on Monday evening for a candlelit vigil in the town’s Cutler Park.

Parents held their children close, some with tears trickling down their faces.

Local civic and religious leaders spoke of the strength and resilience of the community, but conceded some are still in a state of shock.

There were prayers for the five people killed, and for the many more still in hospital, some in a critical condition.

If you walk up Main Street, however, there is little sign that this was the scene of tragedy. Police tape has been taken down. The roads have been cleaned.

Waukesha is a commuter town, a suburb of Milwaukee, where everyone seems to know someone affected. I spoke to business owners who struggled with their emotions as they recounted what they witnessed.

The one name all avoided mentioning was Darrell Brooks, a man in custody who police say they plan to charge with five counts of intentional first degree homicide.

“While performing, the grannies enjoyed hearing the crowds’ cheers and applause which certainly brought smiles to their faces and warmed their hearts.”

Those who died had been “extremely passionate Grannies” and were “the glue (that) held us together”, the post said.

Mr Hospel often helped the group, ferrying dancers to various performance venues and making sure everyone had what they needed.

And Ms Kulich was remembered in an online fundraising page as a “loving, beautiful, and charismatic mother, grandmother and friend to so many”.

A vigil was held on Monday night, as a further nine victims – most of them children – remained in hospital, two of them in critical condition and seven listed as serious.

They were among almost 50 people injured in the incident.

Hundreds of people gathered at a park, holding candles, as volunteers handed out food and hot chocolate.

Amanda Medina Roddy, representing the Waukesha school district, said: “We are parents. We are neighbours. We are hurting. We are angry. We are sad. We are confused. We are thankful. We are all in this together. We are Waukesha strong.”

Meanwhile, police revealed that Brooks, 39, had left the scene of a domestic disturbance before he allegedly drove into the parade.

Police had not been chasing him at the time, police chief Dan Thompson said, adding that the Milwaukee resident is likely to face five charges of intentional homicide.