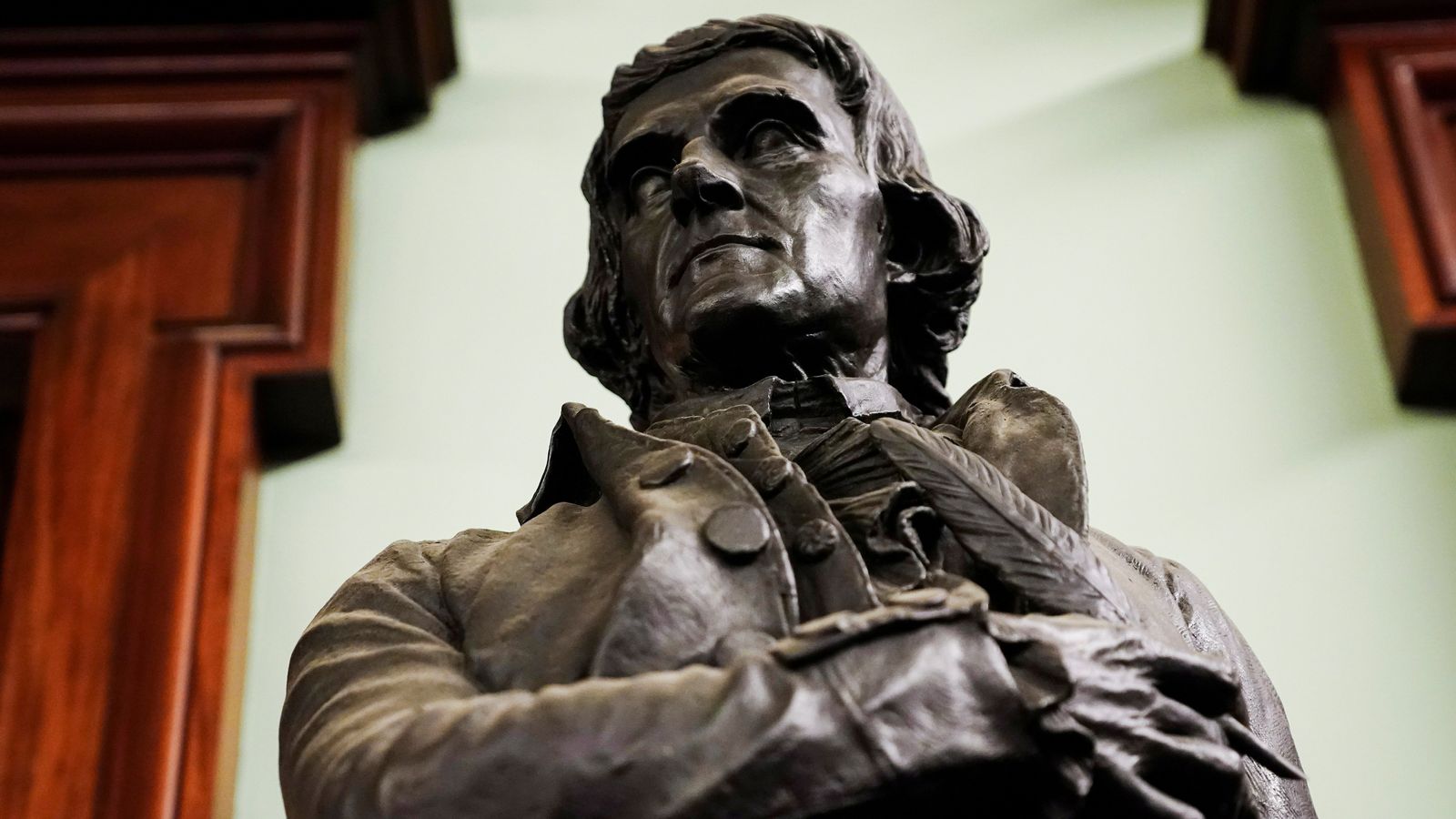 A statue of US President Thomas Jefferson has been removed from New York City Hall over his links to the slave trade.

The 1833 sculpture has been in the New York City Council chamber for more than a century but has now been taken down following a vote last month.

The New York City Public Design Commission decided to dismantle the 7ft bronze statue, after reassessing the legacy of the founding father, who was also a slaveholder.

Renewed calls to remove the statue came after the murder of George Floyd in Minneapolis last year.

Jefferson is the third US President and also appears on the two-dollar bill and Mount Rushmore.

He was the primary author of the Declaration of Independence, writing “all men are created equal”, but he enslaved more than 600 people and fathered at least six children with Sally Hemings, a woman he enslaved.

“Jefferson embodied some of the most shameful parts of our country’s long and nuanced history,” Adrienne Adams, co-chair of the council’s Black, Latino and Asian Caucus, told the commission last month.

“It is time for the city to turn the page and move forward.”

His statue, which has featured in New York’s City Hall since 1915, is a replica of a bronze piece by Pierre-Jean David D’Angers, which sits in the US Capitol.

It will now be transported to the New York Historical Society, where it will remain on a long-term loan.

The artwork will be placed in the museum’s lobby gallery for six months before being relocated to the reading room for the duration of the 10-year loan agreement, according to The New York Times.

Similar monuments have become a target of anti-racism protests in recent years, and some other Jefferson statues have already been removed or destroyed, including ones in Oregon and Georgia.

Statues of Civil War Confederate leaders have also been dismantled.

Joe Biden vows to work with political rivals in his latest State of the Union address
Bill Gates on why he’ll carry on using private jets and campaigning on climate change
Quick Charge Podcast: February 6, 2023
Daly, Mayweather team up for Daytona 500 run
BMW in talks with UK government over £75m grant for electric Mini