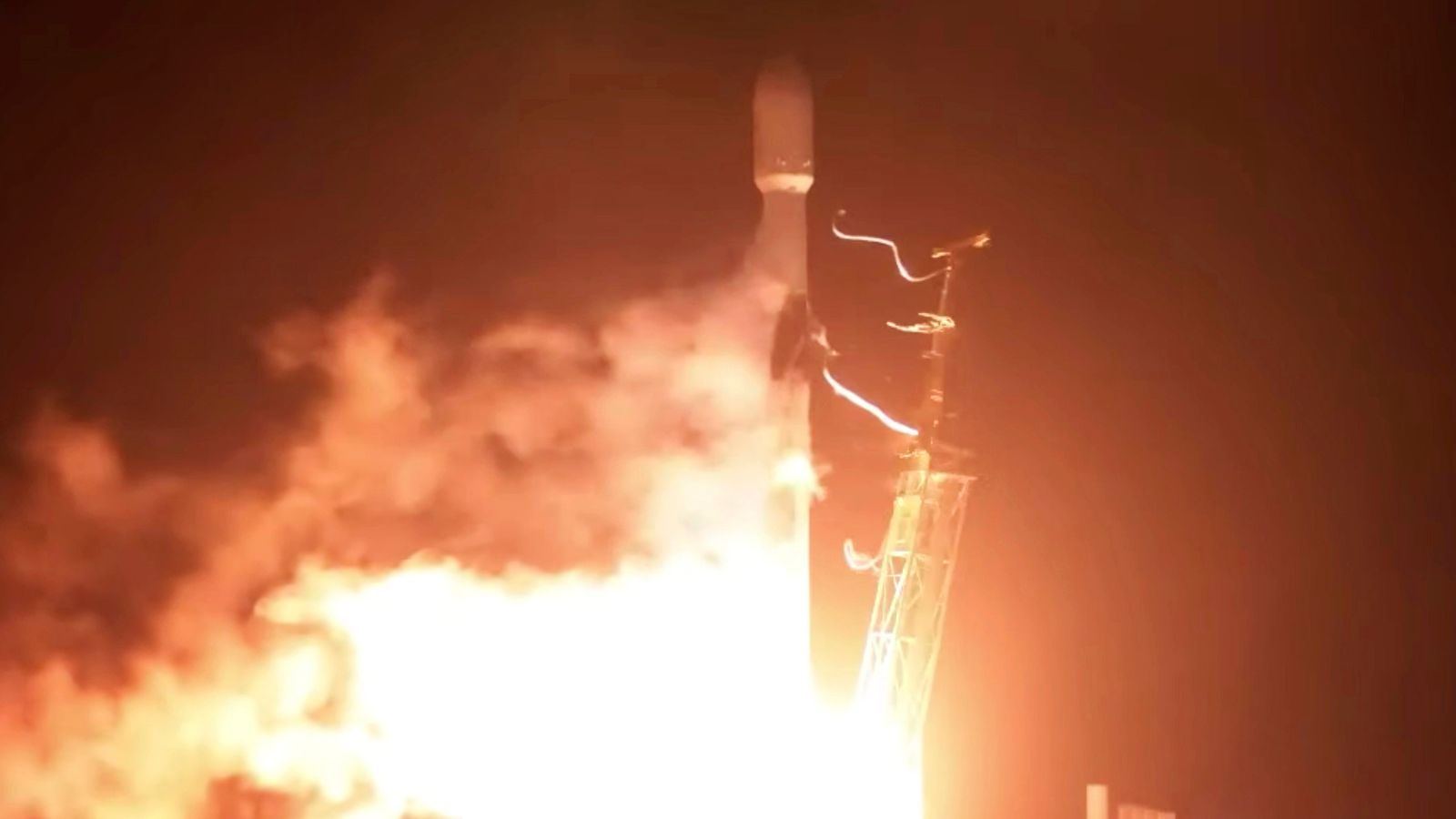 A spacecraft has been launched from California this morning carrying with it humanity’s greatest hopes of being able to protect our planet from a cataclysmic asteroid impact.

Fortunately the DART (Double Asteroid Redirection Test) mission is only a test, and if anything goes wrong before it intercepts its target next September, then Earth won’t suffer as a result.

But the stakes are high. Scientists including Stephen Hawking have described impact events as among the greatest threats facing humanity – and even if the DART planetary defence mission proves successful, huge questions about our future readiness will remain.

DART launched on top of a SpaceX Falcon 9 rocket at the Vandenberg Space Force base in California.

Roughly the size of a small car, the spacecraft has been developed by NASA and the Johns Hopkins Applied Physics Laboratory to demonstrate for the first time the “kinetic impactor technology” using a direct hit on an asteroid to adjust its speed and path.

A small LICIACube satellite developed by the Italian space agency will travel alongside it to observe the collision which will take place when DART and its target asteroid are within 11 million kilometres of Earth, enabling ground-based telescopes to measure the impact too.

DART is targeting a near-Earth double asteroid known as Didymos and Dimorphos, with the latter being a “moonlet” estimated to be about 160 metres in size – a good test object, but not one that is actually expected to collide with Earth.

It will hit Dimorphos at a speed of roughly 6.6 kilometres per second and, in doing so, shorten its orbit about Didymos – proving that a kinetic impact can change an asteroid’s trajectory.

This nudge technique is preferred to blowing asteroids apart in the style of the film Armageddon, because the fragments from such an explosion could continue to imperil the planet.

A study from researchers at Johns Hopkins University in the US published in 2019 warned that for objects large enough to be targeted it was likely the blasted away fragments would reform under gravity.

How important is the mission?

The good news is that scientists are completely confident that no asteroids larger than 1km will strike our planet within the next century – the maximum period we can see map out their movements for due to the unpredictability of dynamic systems.

What’s also good is that even among much smaller asteroids, ones larger than just 140 metres, there are no known objects that have a significant chance of striking Earth within the next 100 years too.

The bad news is that only 40% of these asteroids have been found, and the worse news is that asteroids can be much smaller than 140m and still cause significant damage to regions or cities.

Humanity’s ability to detect asteroids before they impact the planet is still in its infancy, in part because of limits set by the laws of physics – our ability to survey asteroids in the dark of space in our solar system depends on them reflecting light towards us, and that depends on direction of their approach relative to the sun and the phase of the moon.

There have been more than 1,200 impacts of asteroids larger than a metre in size since 1998 and of those impacts humanity has only predicted five in advance – 0.42% – and even those predictions came with just hours to spare.

This timeline offers much less wriggle-room than the five years between the DART mission getting approval at NASA and its scheduled rendezvous with Dimorphos next year.

But astronomers hope and expect that new technologies and monitoring systems will improve our ability to make these predictions in the future – giving us more time – and the DART mission is just the first step in us proving that there is something we can do about it when we know something is coming.

What damage can impact events cause?

Impact events are believed to have radically reshaped our planet throughout history, from the formation of the moon through to several enormous extinction events.

The Chicxulub crater is believed to have been caused by a large asteroid approximately 10km in diameter striking the Earth just over 66 million years ago, leading a very sudden mass extinction of an estimated 75% of all animal and plant life on the planet – including the dinosaurs.

A similar scale impact is not expected for the next 100 years at least, but significant damage could be caused by smaller asteroids.

Back in 2013, a meteor exploded in the atmosphere near Chelyabinsk in Russia, causing an enormous fireball, shattering windows, and leading to potentially more than a thousand people to seek medical treatment for their indirect injuries.

That asteroid is believed to have been roughly 20 metres in size and was completely undetected before it entered the atmosphere, in part because it approached Earth from the direction of the sun – meaning it reflected no light to telescopes on Earth revealing its approach.

When it burned up in the atmosphere and exploded it briefly outshone the sun and the heat from the blast inflicted severe burns on observers below, as well as smashing windows and rattling buildings.

According to Johns Hopkins Applied Physics Laboratory, the Chelyabinsk meteor created “an airburst and shockwave that struck six cities across the country - and [sent] a stark reminder that dangerous objects can enter Earth’s atmosphere at any time”.

“Astronomers estimate there are tens of thousands of near-Earth asteroids close to 500ft (150m) wide and larger, big enough to cause regional devastation if they actually hit Earth.

“The Chelyabinsk object was just about 60ft (18m) wide, demonstrating that even small asteroids can be of concern - and making real-world tests of space-based planetary defence systems all the more important,” the university added.